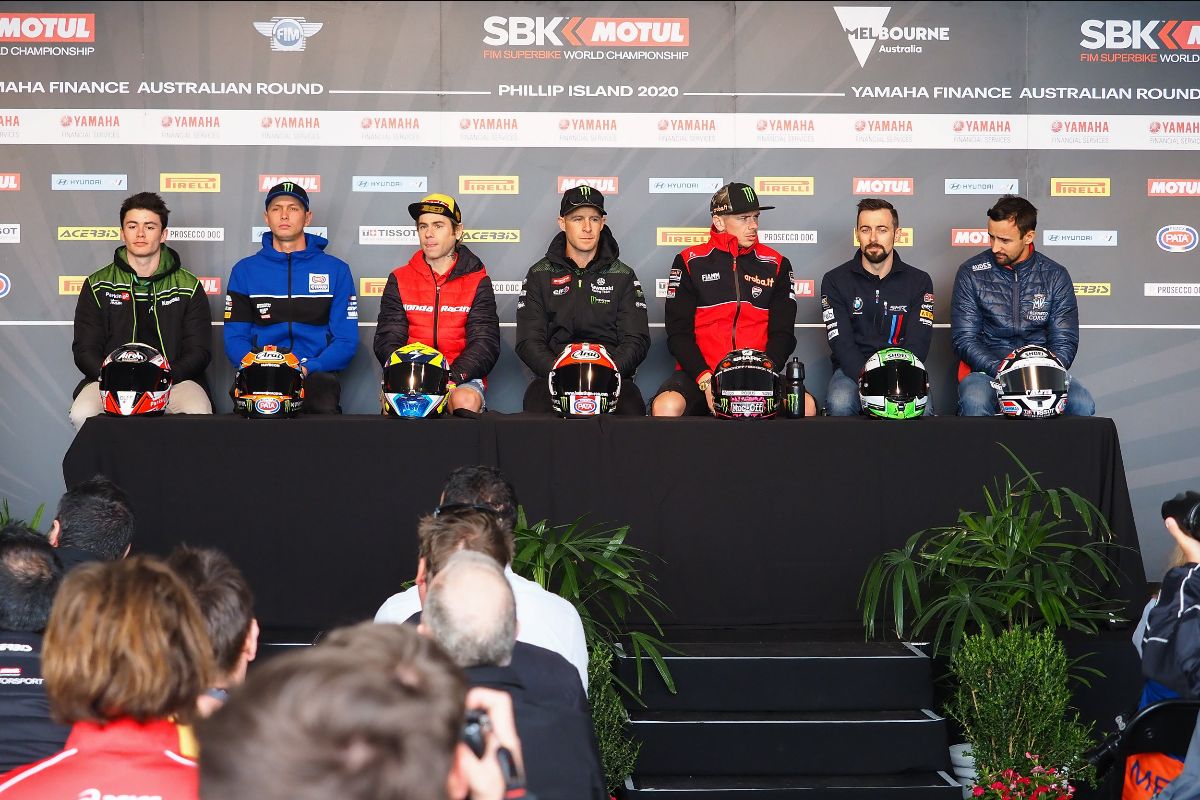 Then it was the turn of Marc Saurina, WorldSBK Commercial, Marketing and Media, Executive Director to speak: “It is always a fantastic and highly anticipated moment for us and people around the world, but this year we are perhaps even more excited, as the Yamaha Finance Australian Round marks the start of a new and very exciting chapter for the Motul FIM Superbike World Championship.”

Reigning WorldSBK Champion Jonathan Rea (Kawasaki Racing WorldSBK Team) also spoke about the new season: “I feel great. I spent a lot of time here so it’s really nice to be here. Also, it’s the nicest circuit on the calendar, it’s very unique, very fast and has lots of corners. We got to play with the elements, being so close to the sea because some days, the bike is working really well and you wake up the next day and it’s a little bit different. We had a really good test where I felt good with the bike. I’m looking forward to start with the year. So it’s nice to start with and get some points to the board.”

The FIM Supersport World Championship will kick off in Australia this weekend too. The new season will see a lot of competition and many riders aiming for the title, as reigning WorldSSP Champion Randy Krummenacher (MV Agusta Reparto Corse) also confirmed: “It’s a big challenge but I really love challenges. We had some good testing here. We tried a lot of things. Obviously, we still have lots to do but we’re already on the good speed. Of course, the other riders are strong as well so we’ll see what will happen. The goal here is to win again.”

Action will begin on Friday morning with WorldSBK Free Practice 1 at 10.30 local time (LT, GMT +11) before the first race of the 2019 season will take place on Saturday afternoon at 15.00 LT. The battle will continue into Sunday with the Tissot Superpole Race in WorldSBK history at 12:00 followed then by Race 2 again at 15.00LT.