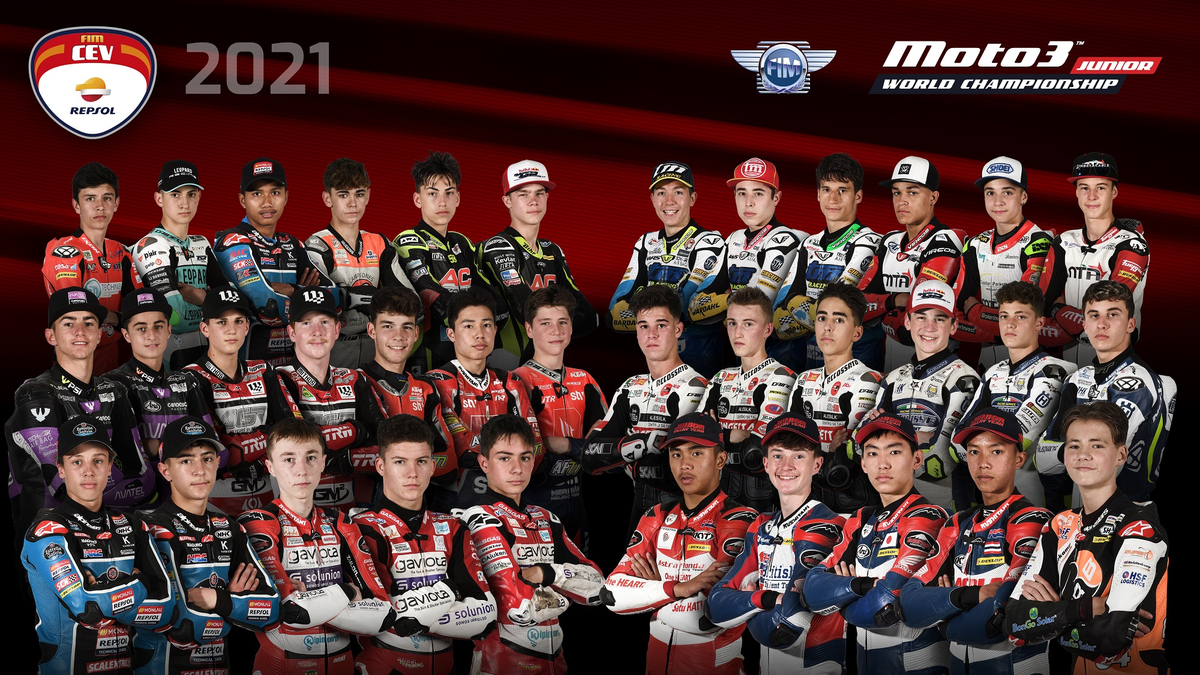 The first round of the FIM CEV Repsol Championship season is underway, with new stars coming to the fore ahead of the opening race day of the year

The 2021 FIM CEV Repsol Championship is underway after qualifying concluded at the Circuito do Estoril for Round 1 of the season in Portugal. The iconic venue, which gave one of the closest finishes in the paddock in 2020, saw conditions improve after a rain-soaked Friday, as the sun came out and lap times tumbled. In the FIM Moto3™ Junior World Championship, there was plenty of battling before it was rookie sensation Ivan Ortola (Team MTA) who eventually took pole position, whilst in the Moto2™ European Championship, Lukas Tulovic (Liqui Moly Intact SIC Racing Team) proved his worth by heading up the grid and giving Germany a first pole since Tulovic himself at Estoril in 2017. In the Hawkers European Talent Cup, new names came good, but it was Alvaro Carpe (MT-Foundation 77) who put it all together to lead the field into Sunday.

After damp and patchy conditions plagued the FIM Moto3™ Junior World Championship in the morning, every rider improved vastly in the early afternoon second qualifying outing, and it was a Spanish duel at the top. David Salvador (TM Factory Racing Team) looked like he had it in the bag but rookie revelation Ivan Ortola, who was fourth in last year’s Hawkers ETC, snatched the advantage from his fellow countryman, with Salvador in-turn giving the TM manufacturer their first ever front row in second. Completing the front row was Takuma Matsuyama (Asia Talent Team), and he looked in fine form, leading the way for much of the session. He’ll be aiming for a career-first podium, a first for Japan since Ryusei Yamanaka in Jerez Race 2, 2019.

Leading the charge to the leading trio is Jose Julian Garcia (SIC58 Squadra Corse), one of the favourites ahead of the season. As the only race winner from past seasons, Garcia was just 0.318s behind poleman Ortola, and hopes to start his season off in solid style on Sunday. In the middle of the second row and lining up fifth is Daniel Holgado (Aspar Junior Team), with the top five covered by only 0.354s. Holgado had a strong showing at Estoril in 2020 and will hope he can achieve a first victory of his career in the class. The final place on row two belongs to Australia’s Joel Kelso (AGR Team), who put in a sublime performance for his career-best qualifying result in sixth, up eight places from his previous best of 14th. Reigning HETC Champion David Alonso (Aspar Junior Team) qualified a respectable 12th on his FIM Moto3™ JWCh debut.

The Moto2™ ECh qualifying was just as spectacular, as Lukas Tulovic blazed to the top of the timing screens in the final part of the afternoon qualifying session with a 1’40.917, the first and only rider to get into the 1’40s bracket this weekend thus far. With his second career pole – the first also coming aboard a Kalex at Estoril back in 2017 – Tulovic will hope to kickstart his season in style on Sunday. Setting his fastest time in the morning qualifying session, Moto2™ ECh class rookie Fermin Aldeguer (Boscoscuro Talent Team Ciatti) was a revelation as he starts in second, whilst fellow rookie teammate Alonso Lopez lines up alongside him in third. The best Superstock 600 rider was Alex Escrig (FAU55 TEY Racing), as he debuts in the class this weekend.

The HETC qualifying saw the two different groups battle it out and there were surprise packages across the front row and beyond. Alvaro Carpe stormed Group A and conquered qualifying to start from a career-first front row and a subsequent career-first pole position. Second place went to Angel Piqueras (Team Estrella Galicia 0,0), who was just under four tenths off poleman Carpe. Alberto Ferrandez (MT-Foundation 77) took the last front row slot, backing up his teammate’s efforts and starting his season in style. There was a revelation in fourth place and heading up row two, as Casey O’Gorman (Cuna de Campeones) showcased his talent with a sublime qualifying, something he will look to build on across Sunday’s two 16-lap encounters.