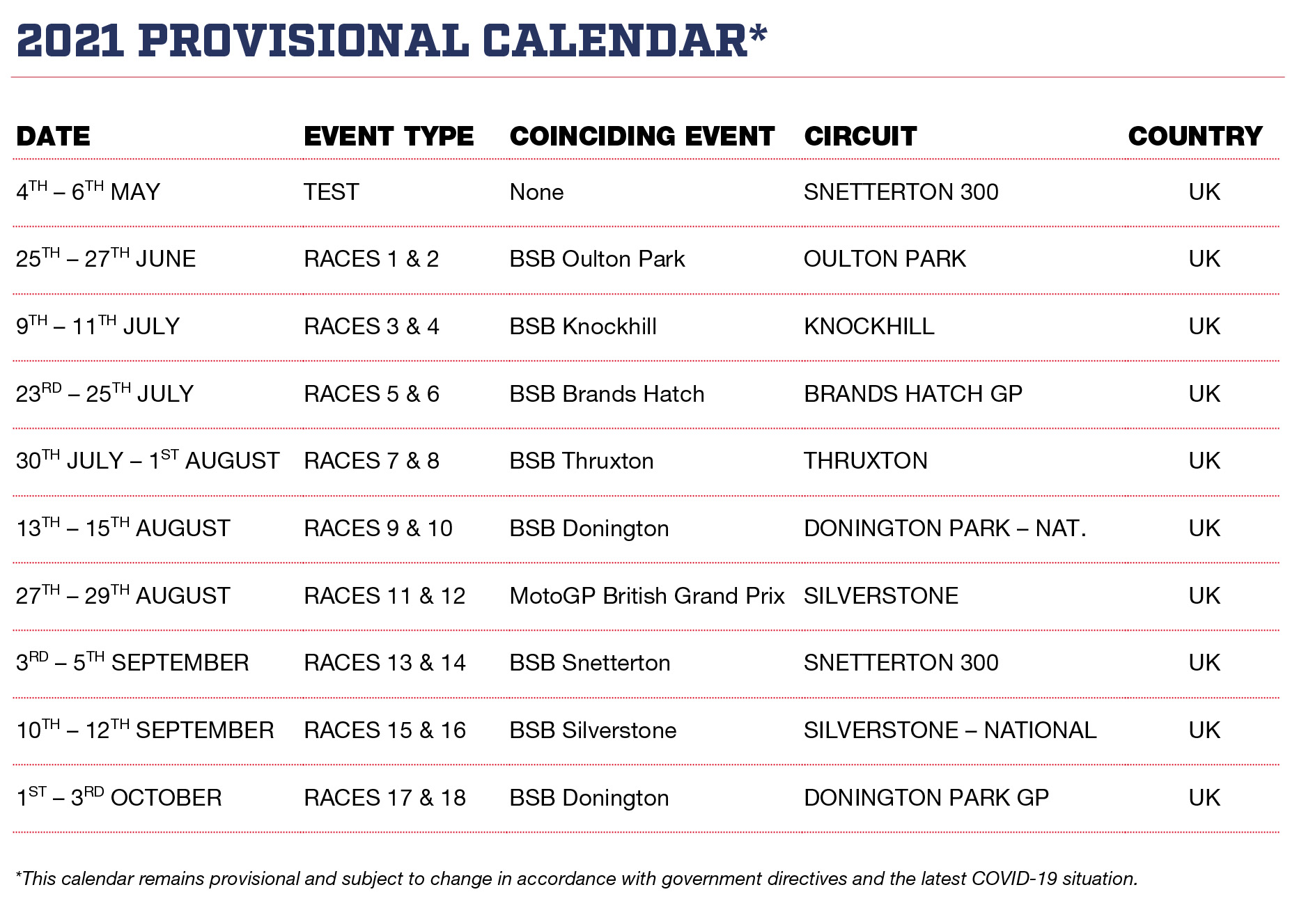 The provisional 2021 Honda British Talent Cup calendar has been revised and competition will now start later following changes aimed at enabling more spectators to be able to attend. All events are set to take place beyond the 21st of June, which provisionally marks the easing of spectator restrictions at large elite sporting events within the United Kingdom.

The opening round of the 2021 Honda British Talent Cup will therefore now take place from the 25th to the 27th of June at Oulton Park, a month later than previously planned.

The Thruxton and Snetterton rounds, which were also set to take place before the 21st of June, have also been rescheduled. Thruxton will now host the fourth round from the 30th of July to the 1st of August, and Snetterton will welcome the Cup from the 3rd to the 5th of September. In addition, the first visit to Donington Park will now take place from the 13th to the 15th of August.

The Honda British Talent Cup test dates and venue remain unchanged, with the grid set to head out for their first event of the year from the 4th to the 6th of May at Snetterton.

Stuart Higgs, Bennetts British Superbike Championship Series Director: “Since the UK government’s roadmap was published in late February, we have been in constant contact with the Department for Digital, Culture, Media and Sport (DCMS) to understand its implications for spectator attendances. Unfortunately, the DCMS is still not in a position to confirm what capacities will apply prior to 21 June.

“With the start of the season rapidly approaching, and to offer the best possible chance of having all our fans back trackside, we have made decisive changes to the calendar to deliver the best opportunity for this to happen as we look ahead positively to our 25th Anniversary year.”

Hammond Funds Historic Car Restoration Business With His Own Vehicles