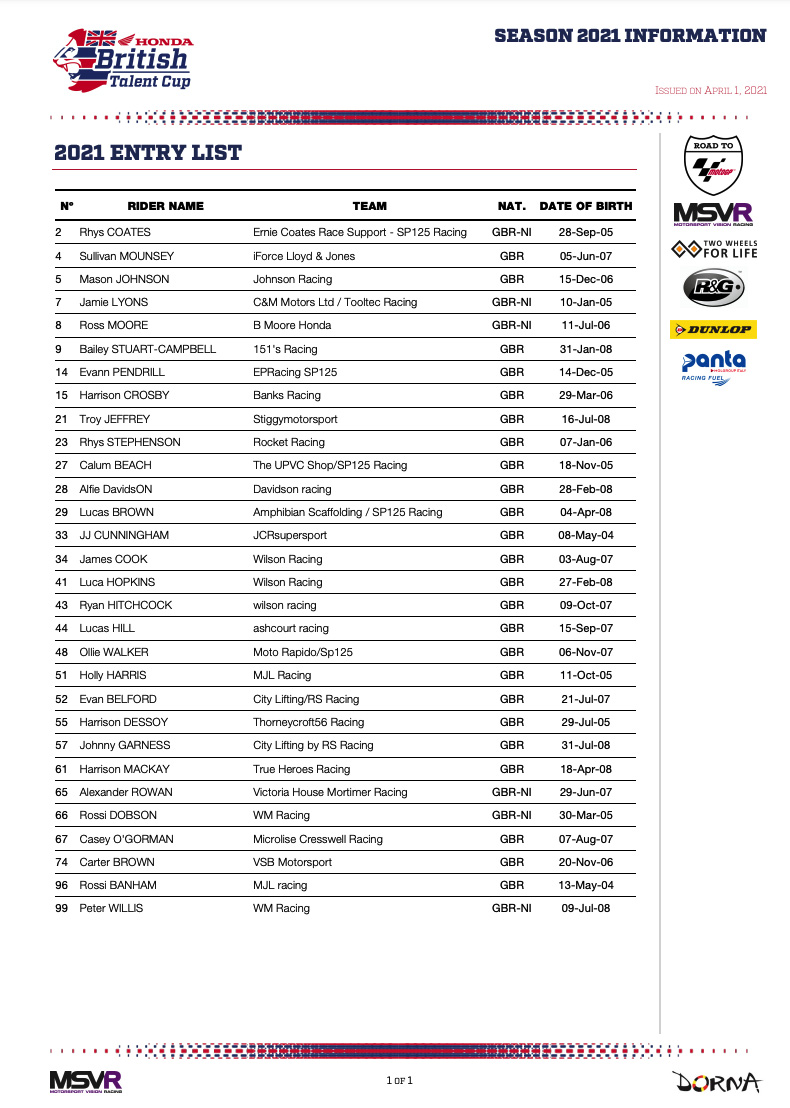 The class of 2021 has been revealed, with a mix of veterans and rookies ready to fight it out for the Cup

The Entry List for the 2021 Honda British Talent Cup has now been announced, with 30 riders set to battle it out in the series this season. A number of rookies join the Cup as some of the former frontrunners move on to pastures new, but some of the returning veterans will be key benchmarks for those looking to get up to speed quickly.

They include the likes of race winners and podium finishers Casey O’Gorman (Microlise Cresswell Racing), Evan Belford (City Lifting/RS Racing) and Bailey Stuart Campbell (151’s Racing) as they start the season as expected contenders, but can they keep the advantage as another season begins? One thing’s for sure: 2021 will give us more incredible close racing in the Honda British Talent Cup!