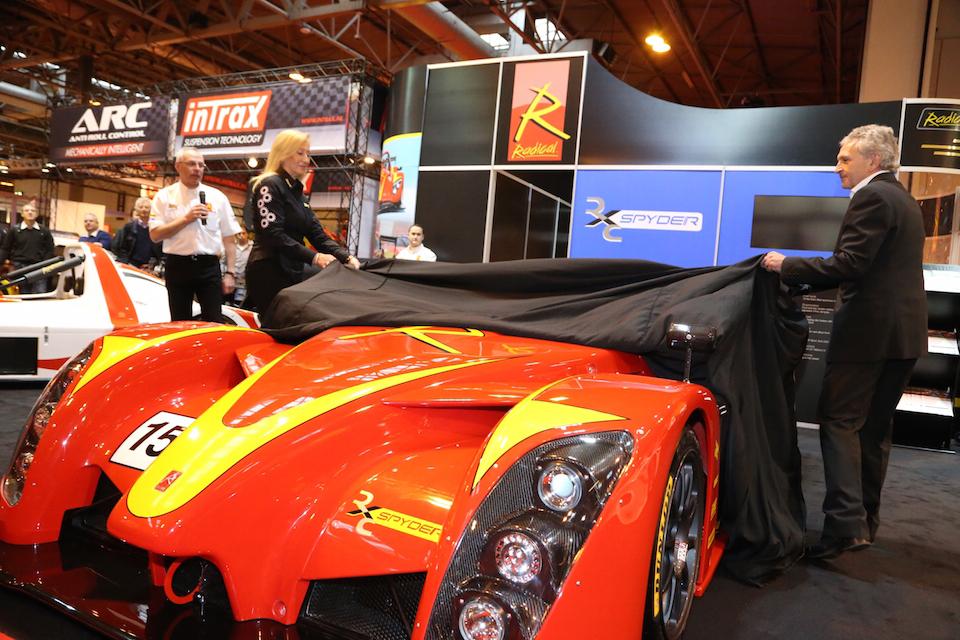 The show’s 25th anniversary was marked with a number of significant launches, including the world unveiling of British manufacturer Radical Sportscars’ new flagship model, the RXC Spyder.

Founded in 1997, the Peterborough-based manufacturer has been one of the local industry’s leading lights during the show’s history and is now the world’s largest constructor of racing and track cars, producing over 250 vehicles each year. Powered by a 3.0-litre V8 engine producing 440bhp, the RXC Spyder is the most advanced, powerful and aerodynamically-developed open racing car yet.

“We’re delighted with the response to the new Radical RXC Spyder, with a fantastic crowd on hand to witness the unveiling,” said Roger Green, Radical Cars Head of Sales & Marketing.

“Already, the interest has been incredibly strong with enquiries and potential orders. Alongside the rest of the Radical range, we’re looking forward to that continuing for the rest of the show.”

Weighing 725 kg, the E10 S is expected to cover 0-60mph in less than four seconds and is underpinned by the company’s E-series chassis platform; a unique aluminium extrusion ‘backbone’ and recycled carbon composite tub.

“Launching the production-ready version of the E10 was something we committed to doing 12 months ago when we were here at Autosport International 2014. I can’t believe it’s a year on,” Zenos Cars co-founder Ansar Ali said.

“It’s been a fantastic day. Autosport International gives us the right platform to showcase what Zenos is about, affordable, engaging sports cars, before we start production later this month.”

Amidst the latest technology within the specialist Autosport Engineering, the new Low Carbon Racing and Automotive Show features a leading group of companies fuelling motorsport and automotive’s push for greener solutions.

“The level of activity is a reflection of the strength of Britain’s high-performance engineering sector, from established manufacturers such as Radical to emerging players like Zenos Cars.”

Autosport International continues tomorrow, Friday 9 January, with trade registration available on the door for £29, before doors open to the public on Saturday and Sunday. For more information visit www.autosportinternational.com