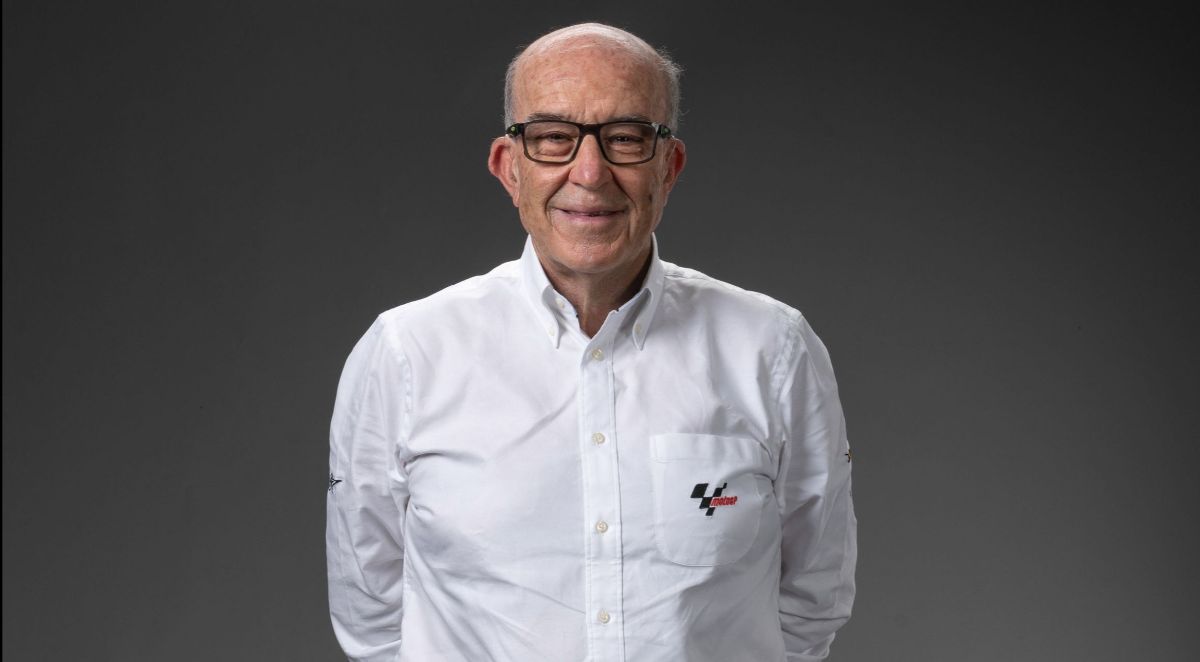 As a milestone season for MotoGP™ begins in Qatar, we look back on 30 years of racing together.

2021 is a landmark year for the FIM MotoGP™ World Championship, marking the 30th season since Dorna Sports became the commercial rights holder of the Championship and the collaboration between the FIM, IRTA, the MSMA and Dorna began. As competition gets underway at Losail International Circuit in Qatar, Dorna Sports CEO Carmelo Ezpeleta sat down to talk about the milestone moment, celebrating three decades of collaboration and consensus that has seen MotoGP™ reach incredible new heights.

How has MotoGP™ evolved since 1992?
Dorna CEO Carmelo Ezpeleta: “It’s changed a lot, we started when we very young and everything was new. Since 1949 when the FIM MotoGP World Championship started, never has one company managed all the commercial rights. Then we started to make different political agreements between the end of 1991 to 1992, and finally we started in Suzuka in March 1992. We tried to make an agreement with everyone and that was and is the main aim, from 1992 to today. To involve all the partners: the FIM, IRTA, the MSMA, the teams and everyone; to do things together. And at the same time to improve the races themselves. They were very good, and with the FIM and Grand Prix Commission we’ve worked on the technical specifications, agreements with the manufacturers… but the most important has been how we’ve managed races with local organisers and tried to improve the show on TV as much as we can. It’s never enough but we’re very proud regarding how MotoGP has changed from a good audience in 1992 to an extraordinary audience now, and our impact in the sport world. It’s never enough but we’ll try to continue like that.”

How important is the collaboration with the FIM, IRTA and the MSMA?
“For us, without the collaboration between all the parties involved it’s impossible to have success. We learned a lot in this relationship and also its important how they’re giving us different sources to try and understand better the position of each other, that’s the only way to improve in our opinion: taking into consideration all the different opinions and trying to put together the best possibilities we have.”

From Suzuka 1992 to Qatar 2021, have you been surprised by the evolution?
“Well… when I started I was almost alone, with Manel Arroyo and Jordi Pons! And it’s been increasing like that and now we’re more than 300 people involved. It’s thanks to everyone who works in Dorna and the agreement with the other parties that MotoGP has improved so much.”

What does the future hold?
“We are planning race by race, season by season. The most important right now is to finish this race, then the second race in Qatar, then Portimão, and try and have races in more normal circumstances as soon as we can. Then we’ll think about 20222. We’ve never made long plans except the agreements with teams, manufacturers and the FIM. The main aim is to do it every race and every season.”