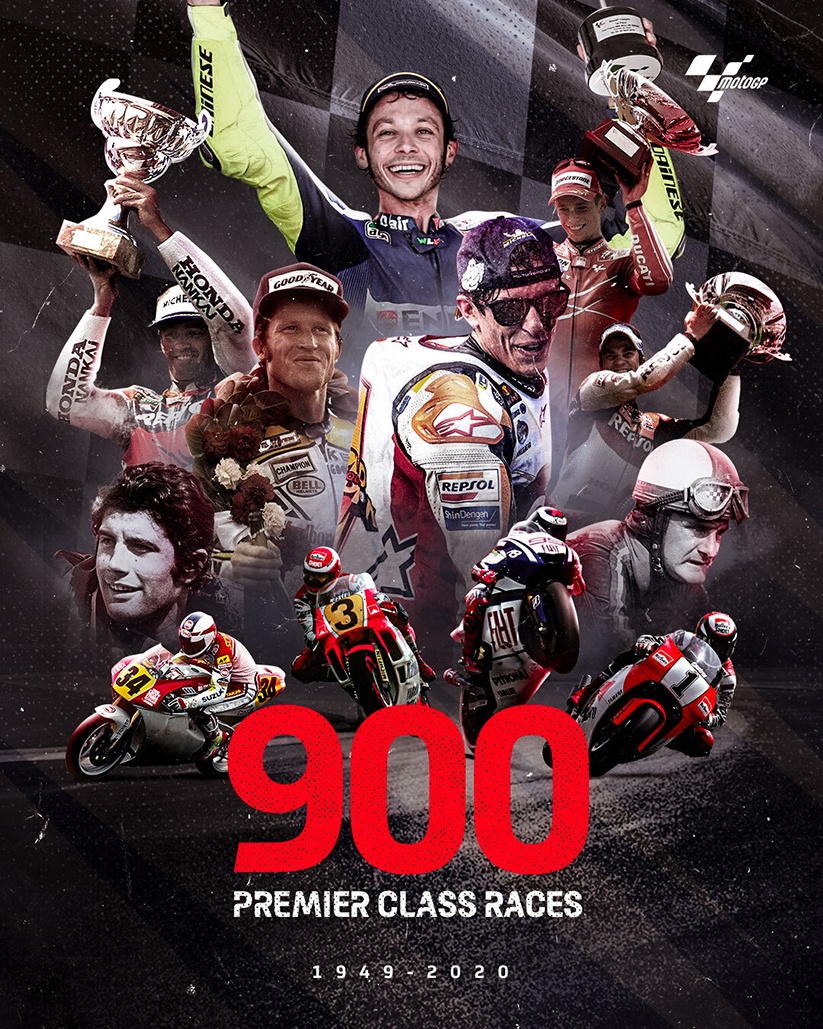 The BMW M Grand Prix of Styria marks the 900th premier class race since the Championship began in 1949.

For more than 70 years, the FIM MotoGP™ World Championship has been hitting milestones and writing chapters in the record books. As the MotoGP™ grid prepare to go racing on Sunday in the BMW M Grand Prix of Styria, another incredible episode in the sport’s illustrious history is about to be penned: the 900th premier class race.

When the World Championship began in 1949, the premier class was limited to 500cc and so it remained until 2002, when the class was renamed ‘MotoGP™’ and the capacity limit increased, initially to 990cc for four-stroke machines. From those 500s to the modern prototypes about to make more history at the Red Bull Ring, the competition is closer than ever and the spectacle one of the greatest in motorsport – something worth celebrating in itself.

Over the 899 premier class Grand Prix races so far, there are 111 different winners. Who tops the table? Nine-time World Champion Valentino Rossi (Monster Energy Yamaha MotoGP), who’s taken 89 victories – meaning the ‘Doctor’ has won a jaw-dropping 10% of all premier class races in history.

It’s not all about the top step, however, with the podium finishers over 899 races also making for incredible reading. 269 riders have managed to achieve the feat in the premier class so far, with a familiar name at the top of the table: Valentino Rossi.

History continues to be made week on week too. In Brno, Brad Binder (Red Bull KTM Factory Racing) became the latest first time premier class winner, the first South African to achieve the feat as KTM also took their first MotoGP™ win. In the Austrian GP, there was another milestone: the 50th premier class win for Ducati, taken by Andrea Dovizioso (Ducati Team). 899 races, 111 winners, 269 podium finishers, 19 different countries… and now we get suited and booted for the BMW M Grand Prix of Styria.

The premier class race is a history maker in itself as we hit 900 – but there’s also chance to make even more. A 200th podium for Rossi? A new premier class winner? Or the beginning of another different chapter? Tune in on Sunday the 23rd of August at 14:00 (GMT +2) as the lights go out at the Red Bull Ring and a little more history is made – that’s a guarantee!