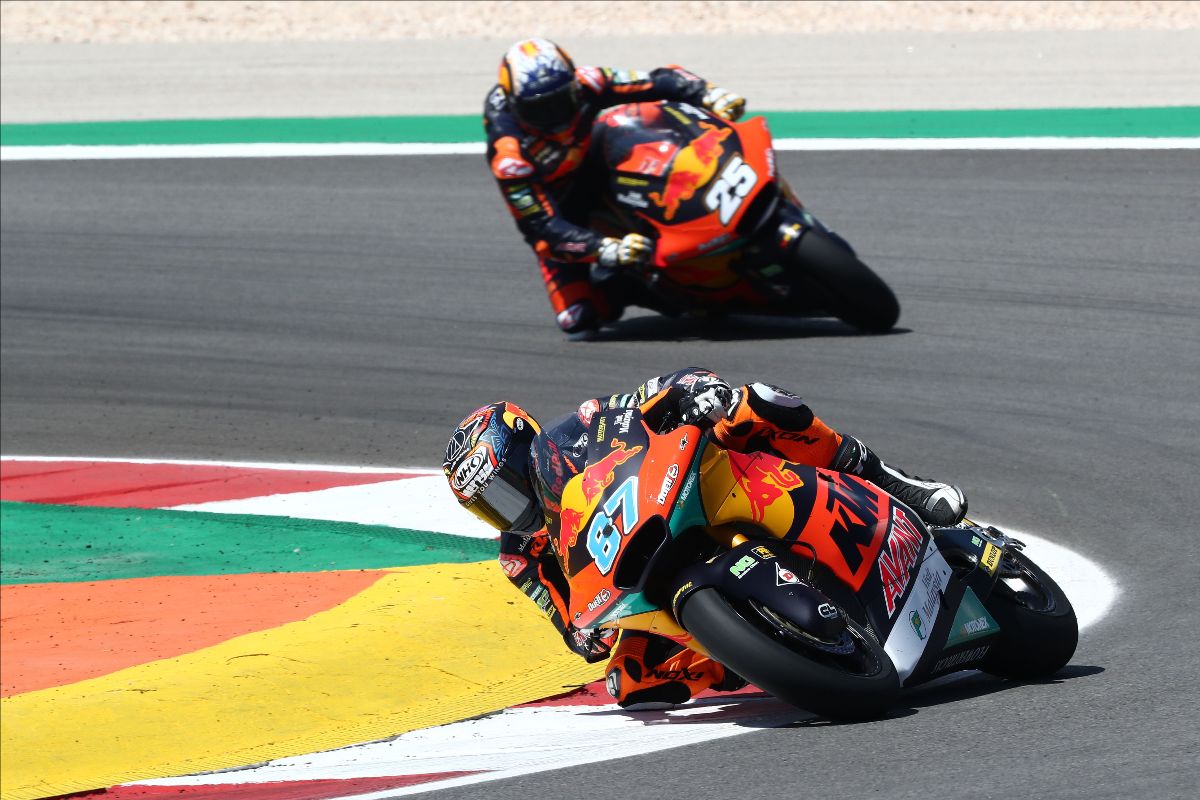 The Brit crashed out in Portugal and it’s home hero – and rookie – Fernandez on the charge. So can the early season benchmark bounce back?

After the first two races of 2021, Sam Lowes (Elf Marc VDS Racing Team) looked almost invincible. But that’s never the case in racing and a shocking highside at Turn 1 in Portugal served as a reminder that the business of winning isn’t as easy as the number 22 made it look in Qatar, with everyone vulnerable to mistakes. Now the Brit will be on a mission to fight back – but Portimão winner (Raul Fernandez) and veteran teammate Remy Gardner will be the first looking to stop that happening.

Raul Fernandez has been on a rookie roll since his switch to the intermediate class and a first win looked certain this season, but it’s happened rather early as the Spaniard made a late race charge to the top in Portugal. That will give him extra confidence as he arrives on home turf for round four, and he’ll be expected near the front once again. Will Jerez see him able to fight for the win once more? Or is his prowess at Portimão complemented by the track, where he dominated last year in Moto3™, and now he’ll be aiming for the podium? Time will tell…

His teammate Remy Gardner, meanwhile, is also making consistency look easy. A late lunge on Joe Roberts (Italtrans Racing Team) on the Algarve secured him his third podium from three, and although none have yet been a win, that makes him the Championship leader. Can he make that extra step and stamp some authority on Jerez as Lowes comes out the blocks maybe a little more cautiously? Or is the Aussie’s game plan, far from the win or bin of old, just about raking in those points? There’s a final corner at Jerez made for the kind of move Gardner pulled off on Roberts just last race.

Aron Canet (Inde Aspar Team) was back on song in Portimão too and after taking his first Moto2™ podium, he’ll want to get back in the battle at the front to prove he belongs there. So too will the aforementioned Roberts, who was a real threat on the Algarve until just losing out to Gardner in the final stages. Fabio Di Giannantonio (Federal Oil Gresini Moto2) wants to bother the podium more as well after a more muted rounds two and three, and what about Marco Bezzecchi (Sky Racing Team VR46)? The Italian has been there but not yet dealt out the searing speed he had at times in 2020, so he’ll be looking to do just that. He’s also the only one of the frontrunners so far who was on the podium in Jerez last year.

A new Championship leader, a rookie sensation, a veteran campaigner and another nearly 30 riders walk into a classic racetrack… what do you get? Great racing. Tune in for the Moto2™ race at 12:20 (GMT +2) at the Gran Premio Red Bull de España to see what Andalucia has in store.