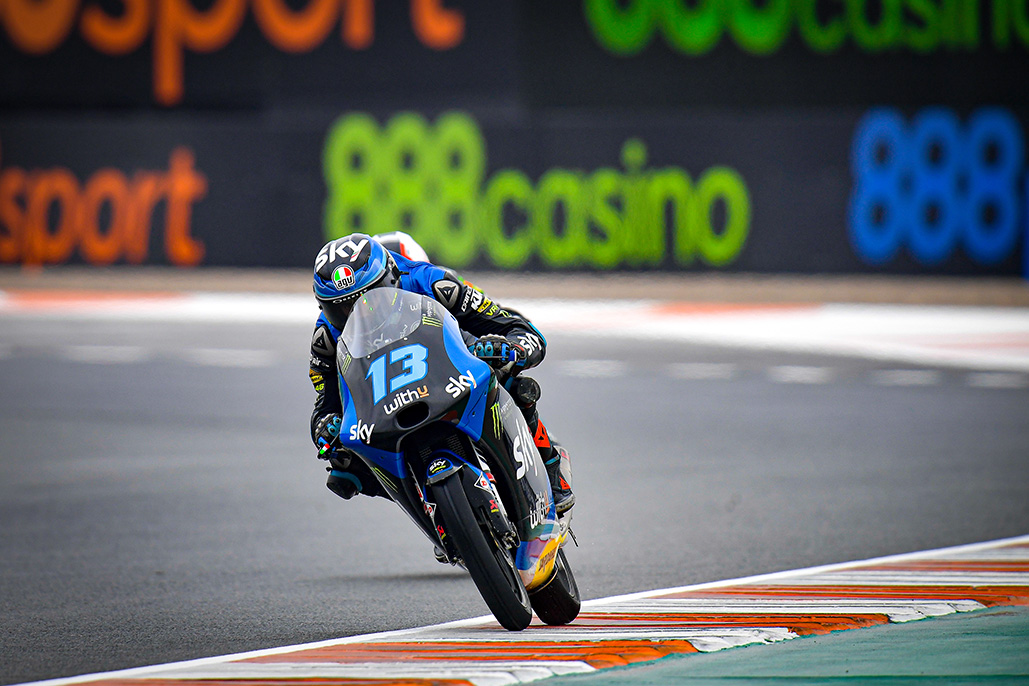 The Italian goes fastest by two tenths to take the reigns on Friday, with Championship leader Arenas down in 18th.

Championship leader Albert Arenas (Valresa Aspar Team Moto3) ended the day down in P18, with closest rival Ai Ogura only a couple of places ahead of him. Jaume Masia (Leopard Racing), meanwhile, had a day of two halves and ends up outside the top twenty overall.

FP2
With improved conditions, laptimes tumbled for the entirety of the field bar Ryusei Yamanaka (Estrella Galicia 0,0) in FP2. The Japanese rider suffered a heavy crash, although he was declared fit. Over six seconds off the pole position lap record was far from dry and perfect conditions, however.

Vietti led the afternoon session and therefore heads the combined timesheets by 0.201, with Garcia second as he returns to the scene of his first Grand Prix win. Fenati put Husqvarna in third, 0.018 off Garcia.

Raul Fernandez (Red Bull KTM Ajo) kept his Friday reputation for pace as he took fourth overall, although nearly half a second back, with the Spaniard ending the day just 0.022 clear of Filip Salač (Rivacold Snipers Team) as the Czech rider completed the top five.

Some of those in the top echelons of the Championship standings ended up a little further down the timesheets by the end of play. Arbolino was sixth and McPhee tenth, but Ogura was 16th, Arenas 18th and Masia ultimately down in P21 despite topping FP1… but then, conditions are likely to change on Saturday, and again for race day.

Carlos Tatay (Reale Avintia Moto3) was P7, ahead of Migno and Toba as they slotted in ahead of McPhee. From 11th to 14th, Lopez, Kunii, Darryn Binder (CIP – Green Power) and Riccardo Rossi (BOE Skull Rider Facile Energy) currently stand to move through to Q2.