The rookie tops the timesheets as the FIM Enel MotoE™ World Cup gets back on track.

Dynavolt Intact GP’s Dominique Aegerter was the man to beat in FIM Enel MotoE™ World Cup testing at the Circuito de Jerez-Angel Nieto. The Swiss rider improved in every session to eventually set a best time of 1:48.596, 0.445 ahead of Eric Granado (Avintia Esponsorama Racing) and 0.492 ahead of reigning Cup winner Matteo Ferrari (Trentino Gresini MotoE) in a serious statement of intent. Aegerter is, after all, a rookie to the class…

The MotoE™ riders were putting their Energica Ego Corsas to work through three sessions on Wednesday, with the majority of the grid setting their best times in the second or third session. For Aegerter, the third session was where he excelled most, and Granado also set his personal best at the end of the day. Ferrari, meanwhile, set his best time in the second session.

LCR E-Team’s Xavier Simeon was fourth quickest on the combined times as he changes teams for 2020, with the Belgian and Alex de Angelis (Octo Pramac MotoE) the only other riders to get within a second of Aegerter during the test.

Mike Di Meglio (EG 0,0 Marc VDS), Niccolo Canepa (LCR E-Team) and Jordi Torres (Pons Racing 40) were all within just another tenth though in a tight midfield, with Josh Hook (Octo Pramac MotoE) for close company too. Niki Tuuli (Avant Ajo MotoE) locked out the ten fastest riders on Wednesday and the 2019 race winner will be looking for more this weekend.

The final session of the day was briefly red-flagged after Alessandro Zaccone (Trentino Gresini MotoE) crashed unhurt, although his Energica Ego Corsa was too damaged to be able for the class rookie to continue. Once the session restarted, Maria Herrera (Openbank Aspar Team) also crashed, and was also unhurt.

The FIM Enel MotoE™ World Cup begins its second year of competition on Friday at 11:50 local time (GMT+2) with FP1 to start preparing for the race on Sunday morning. 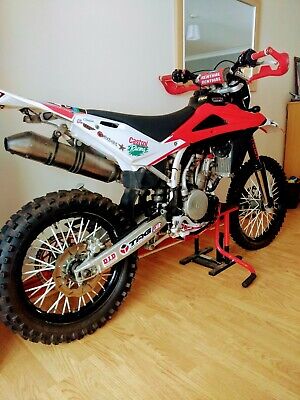