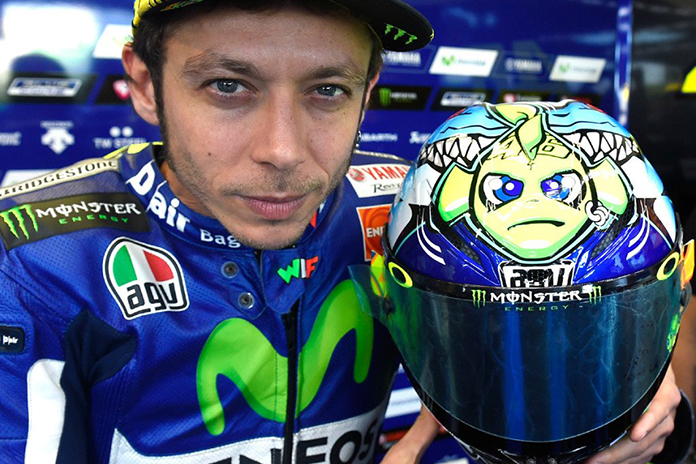 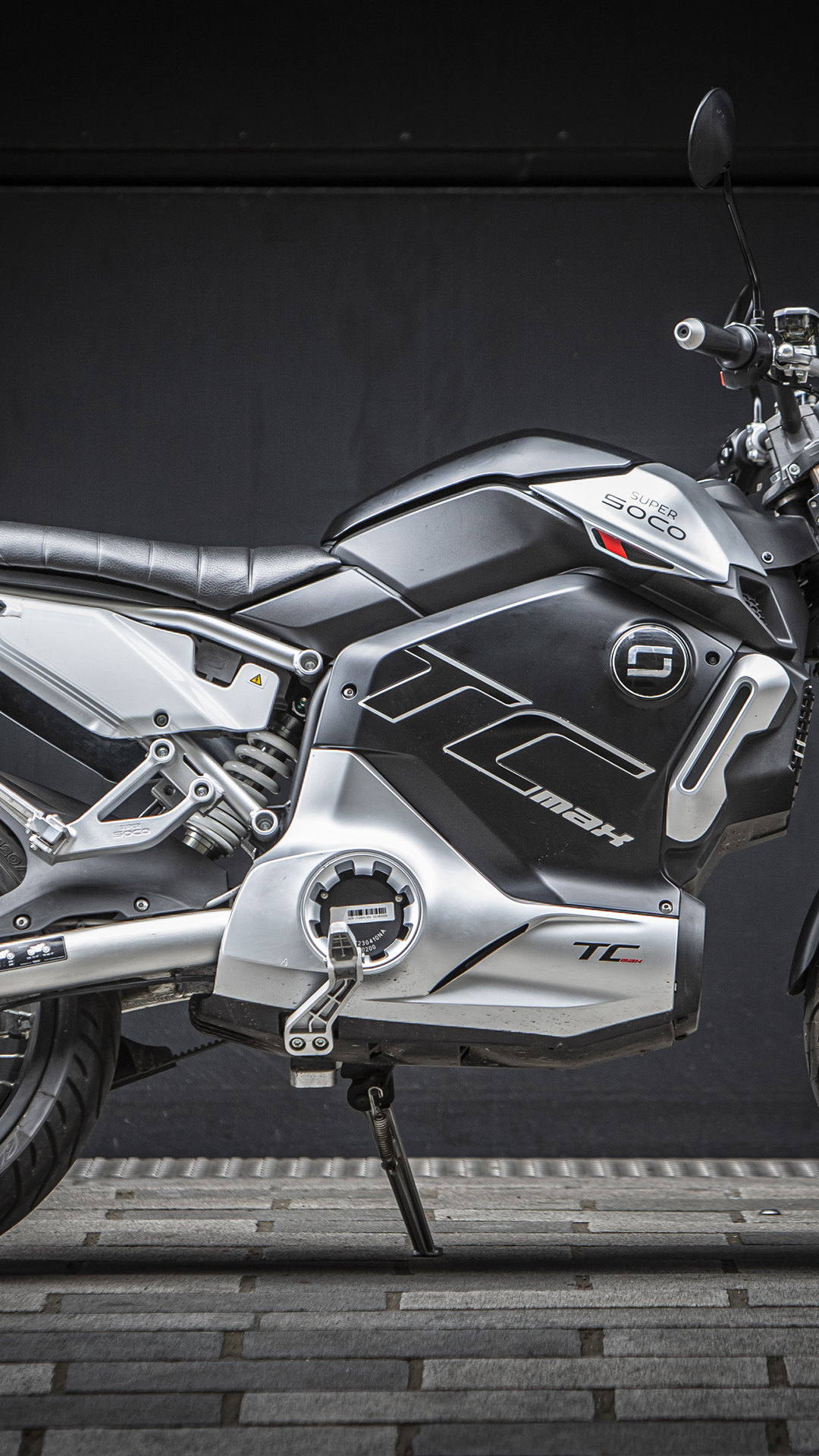 Valentino Rossi arrived at his home track of Misano Adriatico leading the standings. During qualifying, the “Dottore” wore a special edition version of his AGV Pista GP helmet which featured a marine theme reminiscent of the Adriatic Riviera.

Aldo Drudi who has been designing Rossi’s helmets for many years commented: “Marine setting and cartoon style this time for Vale’s helmet. The little fish is Valentino, he’s not afraid but is doing his best to run away. (…) The idea is to show a Valentino who is fully committed but under a lot of pressure”. So, the expression of the face of the little fish Valentino isn’t one of fear or panic, just concentration and determination to get away.

“Mind the sharks!”: obviously refers to his situation at that time in the 2015 MotoGP Championship standings. In the cartoon, Valentino sees himself as the little yellow fish, complete with earring and determined look, being chased by “sharks” who symbolise his rivals and the pressure he’s under in the Championship, but more importantly, he also shows he has no intention of letting them catch him in front of “his” public.

A message on the left of the helmet says “via, via, via!” (go, go, go!) in case of approaching rivals, while the back of the helmet bears his classic battle number 46 and a big 58. The back also features his lucky pet dogs Cesare and Cecilia along with his cat Rossano who, for the occasion are also wearing masks and snorkels to tackle the swim in the Adriatic alongside the Dottore.

A Corsa replica model will be available from June and will cost £699 SRP . Orders are now being taken at your usual AGV retailer. This limited edition will reproduce the graphics on Valentino’s helmet except for other sponsor’s logos and visor components and accessories.

The Corsa originates from AGV Extreme Standards Helmets, an innovative process that revolutionises the helmet design method to measurably and demonstratively improve impact protection, compact design, field of vision, aerodynamics, lightweight, ventilation and ergonomics. AGV have set higher safety standards for their helmets. The AGV Extreme Standards method sets homologation protection standards that are even higher than the legally required ones and checks the results with virtual and laboratory tests. 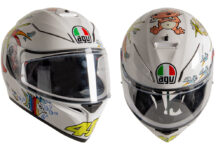 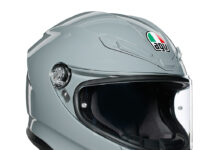 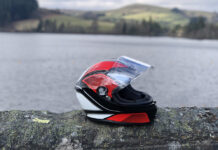 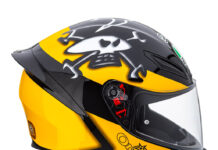 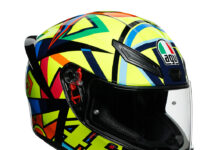 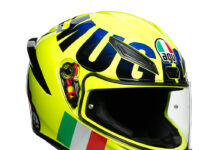