Akrapovič has the great honour of announcing that its first-ever world champion, Colin Edwards, has been made its inaugural two-wheel brand ambassador, and that he will continue the story and relationship that has seen him become an important part of the company’s history.

Akrapovič has the great honour of announcing that its first-ever world champion, Colin Edwards, has been made its inaugural two-wheel brand ambassador, and that he will continue the story and relationship that has seen him become an important part of the company’s history. This honour has been bestowed on Edwards in recognition of the American’s achievement in winning the WorldSBK Championship in 2000 on his Akrapovič-equipped Honda and becoming the first person to claim a world title for the Slovenian company. Edwards repeated his championship success in 2002, and his initial triumph led the way to Akrapovič now having over 100 world champions in many disciplines.

Edwards is the first motorcycle racer to be honoured as an Akrapovič brand ambassador, and his involvement is extremely meaningful for the company’s #TrustedByChampions ethos because not only did he use Akrapovič exhausts in his WorldSBK championship seasons, but he also raced for different manufacturers in MotoGP – most of which used Akrapovič exhaust systems – along with twice winning the prestigious Suzuka 8 hours on an Akrapovič-equipped Honda. Edwards continued to race with Akrapovič until he retired from the pinnacle of the sport in 2014. His input, involvement, and knowledge of Akrapovič on different machinery in varying disciplines is second to none, and his constant involvement and success with the brand further cements the bond between Edwards and Akrapovič.

Akrapovič looks forward to Edwards and the #TrustedByChampions ethos communicating the advantages of the company’s products in 2019, including aspects of performance, weight, durability, innovations, and much more, all of which the American has experienced in his career, and so he knows better than most the benefits that can be reaped in racing with an Akrapovič exhaust. His involvement in his own motorcycle school, the Texas Tornado Boot Camp in the US, as well as many other TV, personal, and sports appearances throughout the race season, places him in a perfect position to convey the benefits of Akrapovič to a wider audience.

More of what Edwards will be doing as an Akrapovič brand ambassador will be announced in the new year, but so far he has visited Akrapovič HQ in Ivančna Gorica and the production facilities in Črnomelj. His first official appearance as an Akrapovič brand ambassador was as a surprise guest at the Akrapovič New Year’s get-together for all the employees of the company, where he was a very welcome and popular visitor. During this latest visit to Akrapovič in his new role, Edwards was honoured by the company because it named one of its conference rooms after him. He unveiled a special commemorative plaque with Igor Akrapovič in honour of his achievements while using Akrapovič exhausts throughout his career and becoming the company’s first-ever world champion.

“It’s an honour to be an Akrapovič brand ambassador. When I came here a few months ago, I was very impressed with what I saw at the factories. Akrapovič is a top-level company that’s good to be associated with. Everything is top level, from the workshop on. It’s good to be associated with a product that’s the best and easy to understand. It’s an honour and a pleasure to have a room named after me and to be part of the company. We’re planning many things to promote the brand. It will be a fun adventure.”

“It’s very special to have the first Akrapovič brand ambassador from the two-wheeled world, and it’s extremely fitting that it’s Colin. It was such a significant moment in the history of the company when he won the world championship with us in 2000. I remember doing a huge amount of testing on his bike because Honda kept developing the engine and we had to update the exhaust every time. We worked really hard to get what they needed – I think it was more than forty modifications – but it’s part of our DNA to get the best, so the harder they worked us the more it paid off, and together Colin, Honda, and we won the championship. Akrapovič is pleased to have him as part of the family, and we look forward to working with him.” 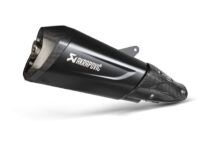 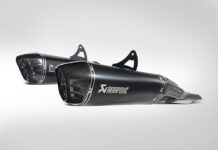 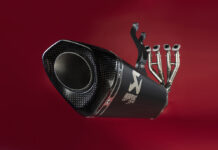 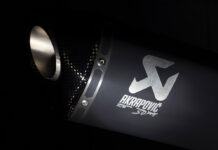 Akrapovič: 30 Years of Building a Heritage 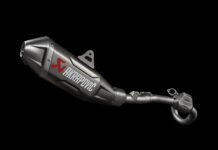 Akrapovič Gets Down in the Dirt with the Honda CRF450R/RX