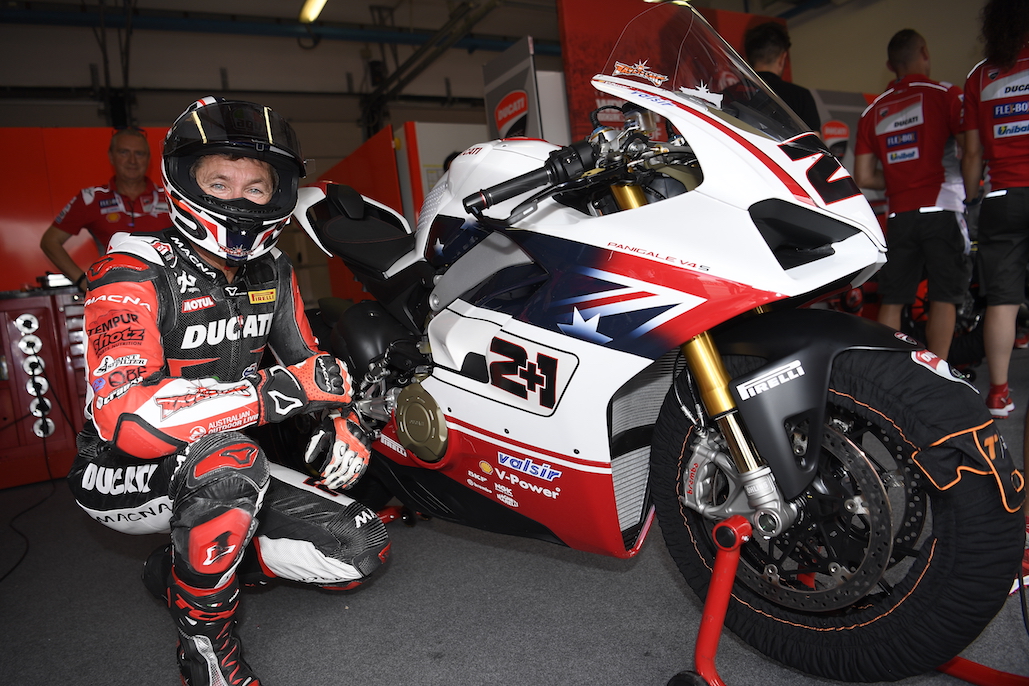 The “Race of Champions”, which saw Ducati riders fight for victory on the Panigale V4 S, was one of the most thrilling moments of WDW2018. Immediately after the race the thirteen specially built bikes were auctioned on eBay, with ever increasing bids capturing the attention of media and enthusiasts alike until the auction closed at 6 p.m. on Saturday 28 July.

All thirteen Panigale V4 S bikes (the 12 used in the race plus the one prepared for Chaz Davies, injured on the eve of WDW and unable to compete) were auctioned.

The bikes feature exclusive livery and graphics dedicated to their individual riders, with colour schemes drawing their inspiration from the bikes used in MotoGP or SBK races. On each steering yoke, a badge shows the rider’s name and race number. Each rider’s indelible autograph on the tank, plus a  certificate of authenticity signed by Claudio Domenicali, CEO of Ducati Motor Holding, and the rider himself, adding to the motorcycle’s value. To complete this exclusive bike, each bcomes with a series of special components used during the Race of Champions and a complete set of original parts, exhausts included, required for legal road use.

Right from the start of this closely contested auction there was huge interest in Troy Bayliss’ bike, which generated ever-higher bids that eventually reached the record-breaking figure of 120,000 euro. Dovizioso, Melandri, Lorenzo, Pirro (Race of Champions winner) and Petrucci’s bikes were also in great demand, going for between 40,000 and 62,400 euro, with the bikes ridden by Miller, Davies, Rabat, Forés, Abraham, Rinaldi, and Siméon following in their wake.

The auction generated a total of 7.084 bids from all over the world, with some 1.516 people battling it out to option the thirteen bikes. The uniqueness of the event also aroused huge interest on social media: official Ducati profiles saw more than 7 million views between Instagram and Facebook.

The fondness and esteem that Ducatisti still nurture for Troy Bayliss, a true Ducati icon, three-times winner of the World SBK Championship and recently (at the age of 49) winner of a SBK race in Australia on a Ducati Panigale, is impressive.

Borgo Panigale Experience: the Ducati Factory tours are back