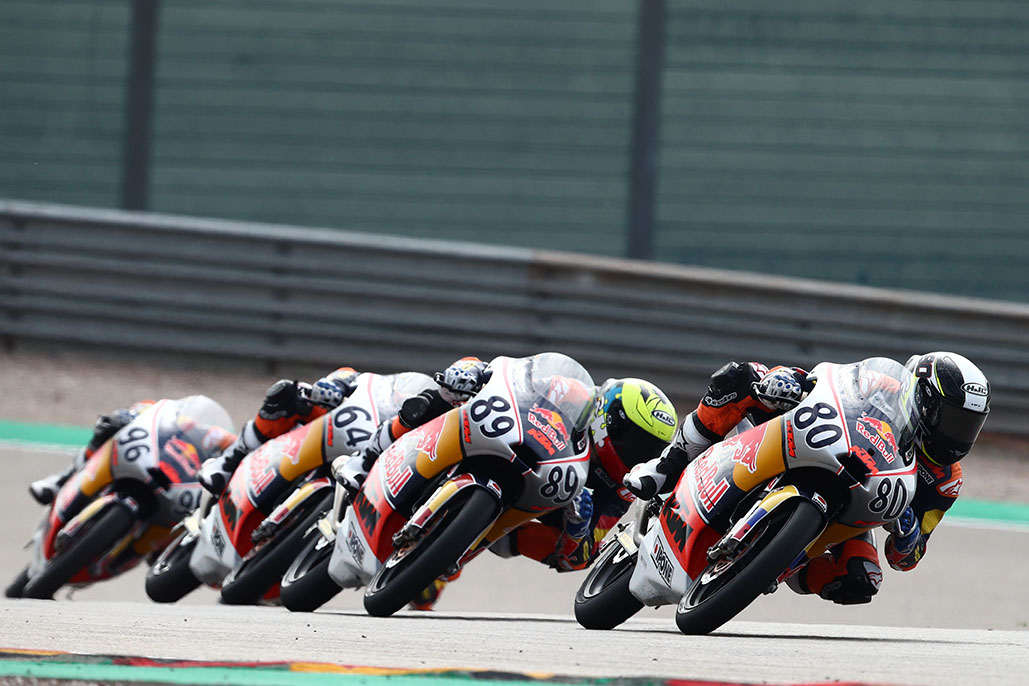 The Sachsenring provided magnificent action as always with 14 KTMs battling for the lead for most of the race. At the flag it was Colombian David Alonso who held the slightest advantage over Marcos Uriarte and David Muñoz.

Alonso’s 3rd win of the season puts the 15-year-old back on top of the points table but only by 6 from David Muñoz, the 15-year-old Spaniard, who did a fantastic job of recovering from a long lap penalty.

3rd in the Cup table is Dani Holgado who was in the lead battle as always but was just out of podium contention on the final lap thanks to a three rider fall in turn one that split the 8 rider lead group. He crossed the line 4th, just ahead of another 16-year-old Spaniard Iván Ortolá.

Alonso confident of laps lap win
“It was a very difficult race because 19 laps on this circuit is very tiring, also because of the very hot weather. I was in 7th position on the grid, in the first laps I was calm. Then I tried to push, make my own pace and get away from the group, but it wasn’t possible.”

“So I let them pass, waited to the last laps and I knew that going onto the last lap it was clear, I needed to be first. I was riding well and I then just needed to defend my position and that’s what I did.”

“It’s very positive because after a race long battle I could take another win and that’s very good for my confidence.”

“The tyres did drop off but for me it was good because I could also be fast on old tyres and it was not a problem. At the end they passed me on the brakes but ran wide and I could make a good last corner and win.”

Uriarte happy but wants more on Sunday
“Today was very good, the race was very hard because the tyres dropped off a lot. It was difficult to manage the race but I pushed every lap to my limit and I am very happy to have finished second. Tomorrow I hope to win.”

David Muñoz fights back from long lap
“It was very hot and hard today at the Sachsenring but it was a good race. It was difficult for me because of the long lap penalty but I managed to fight back to the front,” he explained referring to the penalty he took from Qualifying.

“I did go for the lead on the last lap on the bakes at the bottom of the hill but then was wide and lost the advantage.”

“Now I must focus on tomorrow and I am looking for more.”

Holgado held back when it mattered
“It was a difficult race for me today because in the lead group on the last lap there was a crash with Bertelle, Muñoz (Daniel) and Furusato so I lost distance to the first three. But it was still enough for 4th position, good points for the championship.

“Tomorrow we have another opportunity, 4th is not bad but I prefer first position.” 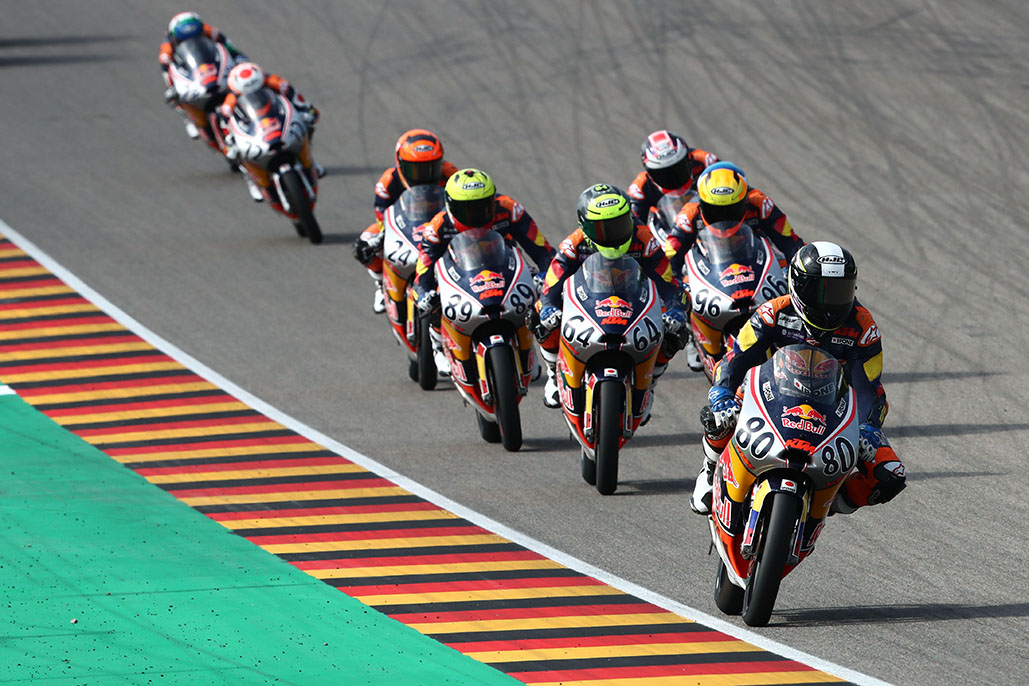