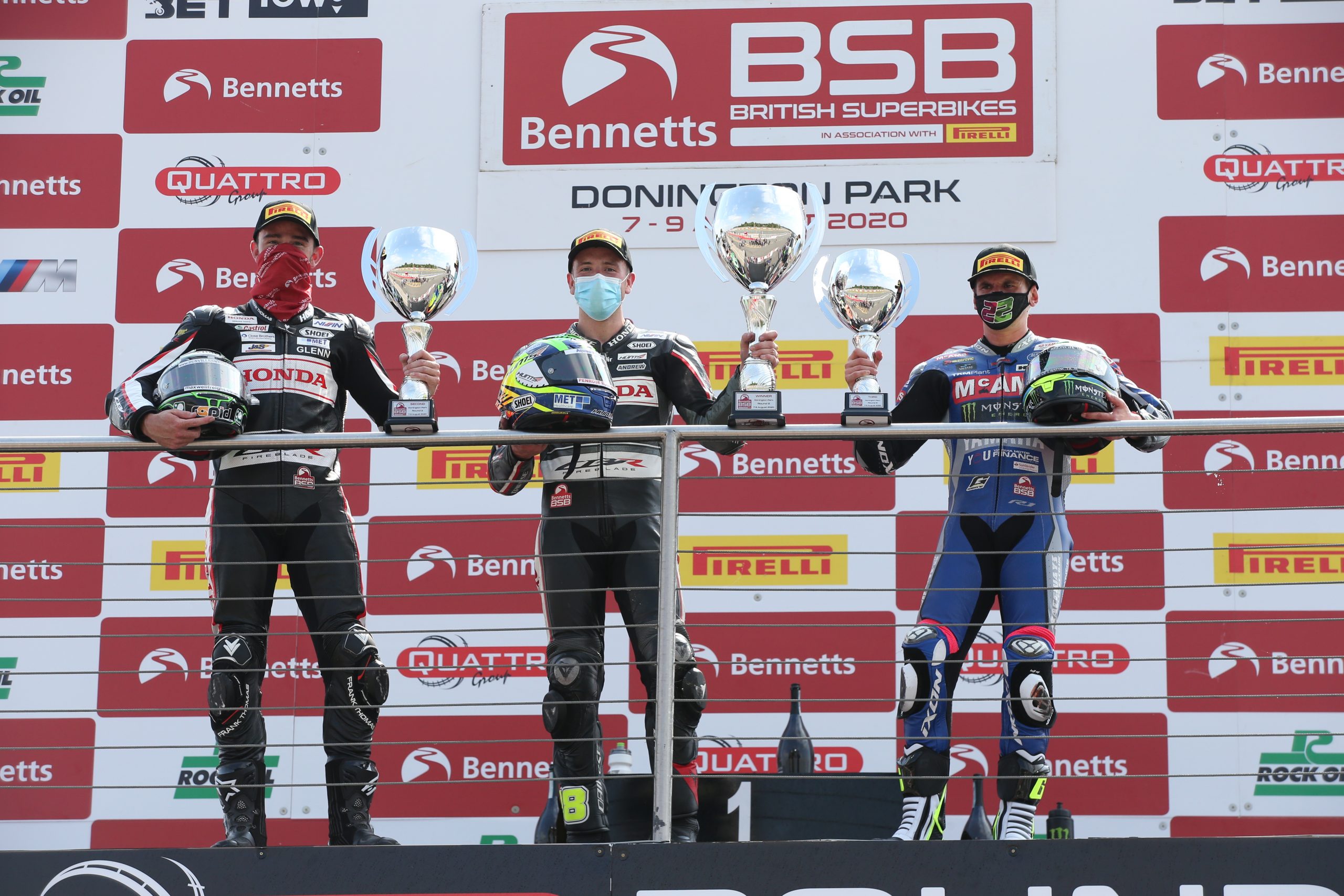 Andrew Irwin sensationally doubled up on victories during a dramatic opening round of the Bennetts British Superbike Championship at Donington Park this weekend; however it took a dramatic change in race three when he was involved in an incident with Josh Brookes, which later saw him disqualified from the result.

The Irwin brothers had been formidable all weekend with the new Honda Racing Fireblade, and after their one-two finish in the opening race of the season when Andrew pipped Glenn on the final lap, the pair were shaping up for another intense battle in today’s two races.

Glenn Irwin had been holding the lead throughout race two, but yet again Andrew Irwin struck on the final lap, putting the brakes on his brother to double up his achievement for Honda Racing in an incredibly close battle for the victory.

The pair looked set to reignite their sibling rivalry in race three, and after fighting their way up the order, they were in the battle for the podium positions in the closing stages after Tommy Bridewell delivered a dominant performance. The Oxford Products Racing Ducati rider led from the start and edged an advantage to become the second different race winner of the season.

By lap 24 Glenn Irwin was into second and Brookes split the Honda Racing teammates, however disaster struck as Andrew Irwin made contact with the VisionTrack Ducati rider at Hollywood sending him crashing out at high-speed and into the safety fence. The Australian was able to walk away from the incident but he was out of contention. The race result was then subsequently under investigation by Race Direction.

As they crossed the line Bridewell won by 2.064s ahead of Andrew and Glenn Irwin. However following a long deliberation by the Race Direction panel it was announced at 19:30 that Andrew Irwin would be disqualified for his part in the incident for avoidable and unfair contact causing a collision and crash with Brookes. Irwin also receives six penalty points and by virtue of his total penalty points accumulated, he will start his next Bennetts BSB race from the last grid position.

The result means that brother Glenn Irwin leaves the opening round of Donington Park leading his brother by ten points in the championship standings ahead of Snetterton.

McAMS Yamaha celebrated a podium finish in race two with Jason O’Halloran to be one of five different riders, representing four different teams, who celebrated top three finishes at Donington Park this weekend.

“Even with the outcome this evening from the final race, this has been a great weekend, with two race wins at the first round on a brand-new machine.

“It’s been a good start to the season with Honda and the Fireblade, and I’m looking forward to the progress we can make. I’ll keep working hard, putting in the time and effort in the next two weeks, to arrive at Snetterton even better. But we have to be realistic there, we know it’s a different track and a different style to Donington, so we have to hope the bike is also competitive there, so I’ll go, try my best and hopefully we can do a good job.”