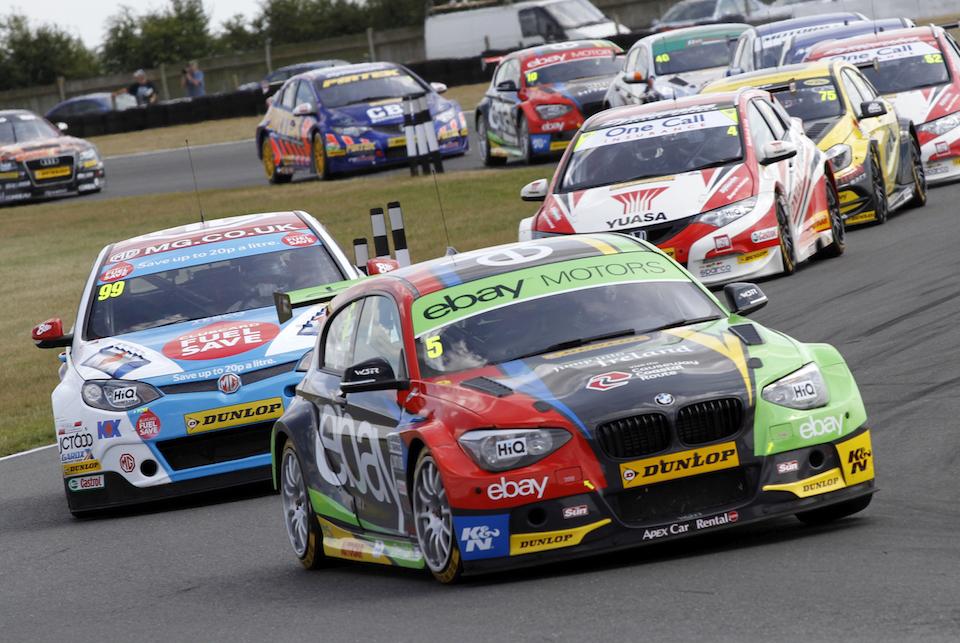 The first race is still three months away, but major announcements from former champion and local favourite Andrew Jordan and 2014 title-winning team West Surrey Racing will kick off the 2015 Dunlop MSA British Touring Car Championship at Autosport International this week.

A host of cars, star drivers and launches at Birmingham’s NEC will place the world’s most popular touring car series firmly in the spotlight on 8-11 January*. Fans will be able to get up close to BTCC machines and hear from leading drivers including 2014 champion Colin Turkington and former titlists Jordan, Matt Neal and Gordon Shedden.

On the opening morning of the show, Thursday 8 January, a dedicated Dunlop MSA BTCC feature in Hall 6 will formally launch 2013 champion Jordan’s programme for the new season. Nearby, on the Autosport Stage, WSR will make a major sponsorship and driver announcement. In their 2015 liveries, both cars will remain on display throughout the four days of Europe’s biggest motorsport show.

“I’m really excited about the new challenge that’s ahead of me in 2015,” Jordan said. “It’s something I’m looking forward to telling everyone about at Autosport International, as we start the new season.”

Jordan’s car will be accompanied on the Dunlop MSA BTCC display by 2014 race winner Rob Austin’s Audi and the factory-backed Infiniti Q50 from the new Support Our Paras Racing programme, both unveiling the liveries they’ll carry this year.

Announced late last year, it will be the first chance for enthusiasts to see Infiniti’s maiden BTCC racer. The team will employ injured ex-Paratroopers and donate its profits to charity.

Austin and Support Our Paras Racing’s Derek Palmer and Richard Hawken are among a strong contingent of drivers heading to the show, and will take part in interviews and autograph sessions on the Dunlop MSA BTCC feature. By tweeting their questions to @DunlopLive, fans will be able to set the agenda.

Also at the NEC, the new Mercedes-Benz A-Class of the BTCC’s youngest driver, Aiden Moffat, will be revealed on the stand of artist PopbangColour.

“The 2014 Dunlop MSA British Touring Car Championship was one of the most competitive seasons ever, and 2015 is shaping up as another massive year,” said Ian France, Autosport International Show Director.

“We’re delighted to be getting it started this week at Autosport International with a special Dunlop MSA BTCC feature.”

Attended by 82,000 people in 2014, the show also hosts the UK’s largest indoor racetrack, the Live Action Arena, and supercars and high-performance favourites from the motoring world within the Performance Car Show, presented by Landsail Tyres, in association with Autocar and PistonHeads.com.