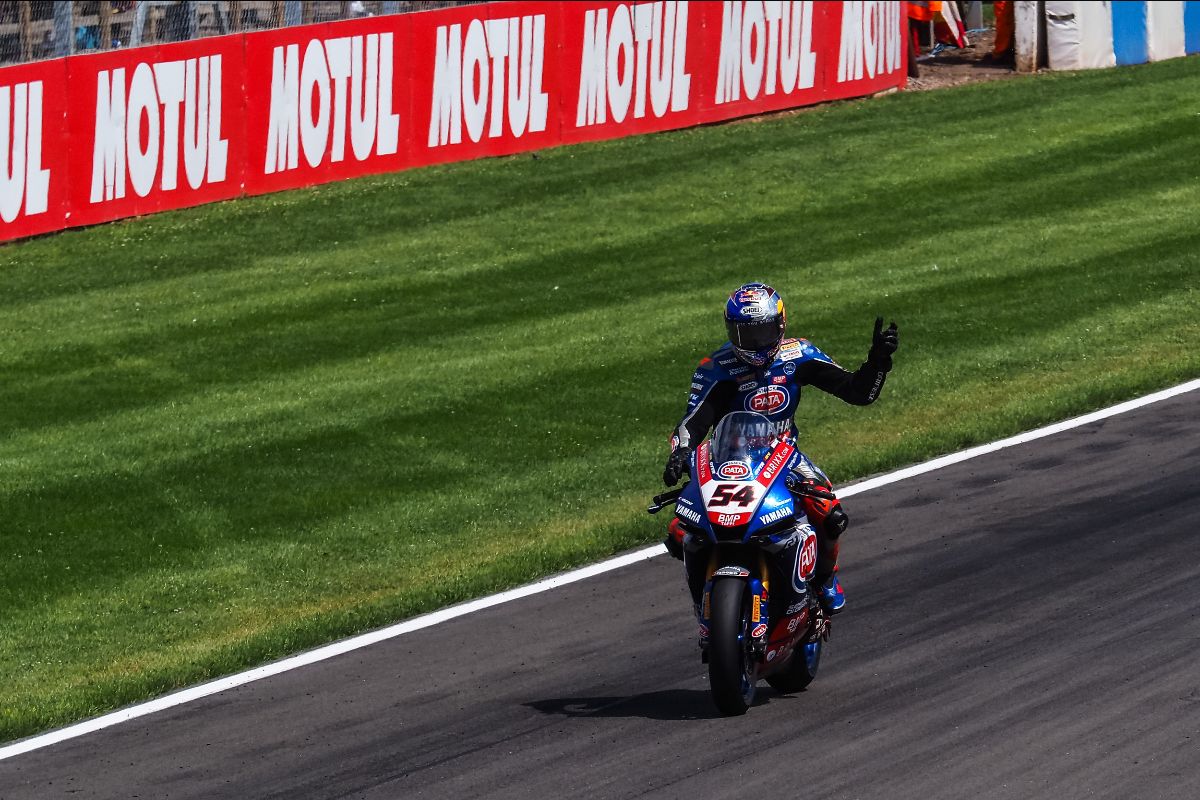 A scarcely believable opening lap from Razgatlioglu meant he secured his second consecutive win and closed the Championship gap even more.

A stunning first lap that was reminiscent of Ayrton Senna in 1993 at Donington Park from Toprak Razgatlioglu (Pata Yamaha with BRIXX WorldSBK) secure his second victory of the 2021 MOTUL FIM Superbike World Championship after starting from 13th place and found himself in the lead of the race on just the second lap of Race 1 at the Prosecco DOC UK Round at Donington Park.

Jonathan Rea (Kawasaki Racing Team WorldSBK) led the field away from pole position but it was Razgatlioglu who caught the eye at the start, moving from 13th to fifth by Turn 1 and up to second by the end of Lap 1. It did not take long for Razgatlioglu to take the lead of the race as he passed the six-time Champion on the second lap.

A rare error from Rea on Lap 3 allowed Razgatlioglu to build up a gap of three seconds ahead of Rea as he looked to close the gap even further in the standings; Razgatlioglu’s victory allowing him to close the gap to just 15 points in the Championship. Victory for the Turkish star means WorldSBK’s streak of wins coming in pairs continues, a run that started at the start of the 2021 campaign. Rea had looked to close in on Razgatlioglu throughout the race after recovering from his trip through the grass on Lap 3 at Turn 2, but a save at Turn 1 meant he lost even more time to the race leader.

Behind the two leaders who had broken away, an epic battle for third was brewing between Michael van der Mark (BMW Motorrad WorldSBK Team), teammate Tom Sykes, Alex Lowes (Kawasaki Racing Team WorldSBK) and Garrett Gerloff (GRT Yamaha WorldSBK Team). Van der Mark was running in third place and looked to make a move on Rea for second after his trip through the grass, but found the reigning Champion pulling way while Sykes started closing in at the front of the chasing group.

As Sykes closed in on his teammate, Lowes was on the rear of Sykes’ M 1000 RR as both he and van der Mark searched for BMW’s first podium with the new bike. Lowes made his move at Melbourne Hairpin on Sykes to move up the order, while the two BMWs were battling, with van der Mark falling down the order behind Lowes and Gerloff.

Sykes and van der Mark both gained a position when Gerloff came off his Yamaha YZF R1 at the final corner on his own, with the American able to remount his bike and fight back to finish in seventh. It meant Lowes claimed third place after the titanic battle ahead of the BMW duo of Sykes and van der Mark; with two BMWs finishing inside the top five.

P1 Toprak Razgatlioglu (Pata Yamaha with BRIXX WorldSBK)
“Today, for me, was not a good start because of the rain conditions and I wasn’t fast. But I see the dry line, I said I have one chance, I need to try this one because I need good points for the Championship. First lap, I was pushing and feeling good. Sometimes, I made a mistake, but I won and I’m very happy. For me, it was a very incredible race because on the second lap I was leading the race and I’m really happy. Thanks to my team because they’ve done an incredible job this weekend.”

P2 Jonathan Rea (Kawasaki Racing Team WorldSBK)
“It’s a bit bittersweet. I felt like I got really lucky a few times just being off the racing line. The line was quite narrow. I was running into some areas, just pulling the bike down to the corner and turning. Toprak did a much better job and I feel like I just didn’t get the best out of the package today. Hopefully we can have more stable conditions tomorrow because, sitting on the grid as a rider, you’re really nervous because you know there’s damp patches everywhere but you know you’ve got to go and race for World Championship points so second was the best I could do today but hopefully tomorrow I can turn things to make it that little bit easier.

P3 Alex Lowes (Kawasaki Racing Team WorldSBK)
“I had a couple of big slides at the start of the race, even on the warm up lap I had a big slide, and that sort of put me off the conditions a little bit. My start was really bad, I was expecting a good start and as soon as I was back in the pack it was almost impossible to pass because everywhere you wanted to pass, there was a wet patch. I had a couple of moments trying to pass and I thought it’s a long race, I need to try to relax a bit. I knew I wasn’t going to catch the first two guys so my target was to try to manage the group I was in. Garrett passed me and he was a bit faster but I managed to get straight onto the back of him and fortunately he made a mistake. In the end I had a bit of a gap so I could manage it a little bit but hopefully tomorrow I can be a bit closer to the front guys. Really happy to be back on the podium. Not easy conditions so it would’ve been easier to make a mistake but we have something to build on tomorrow and it was my 200th race so it was nice to get a podium for that.” 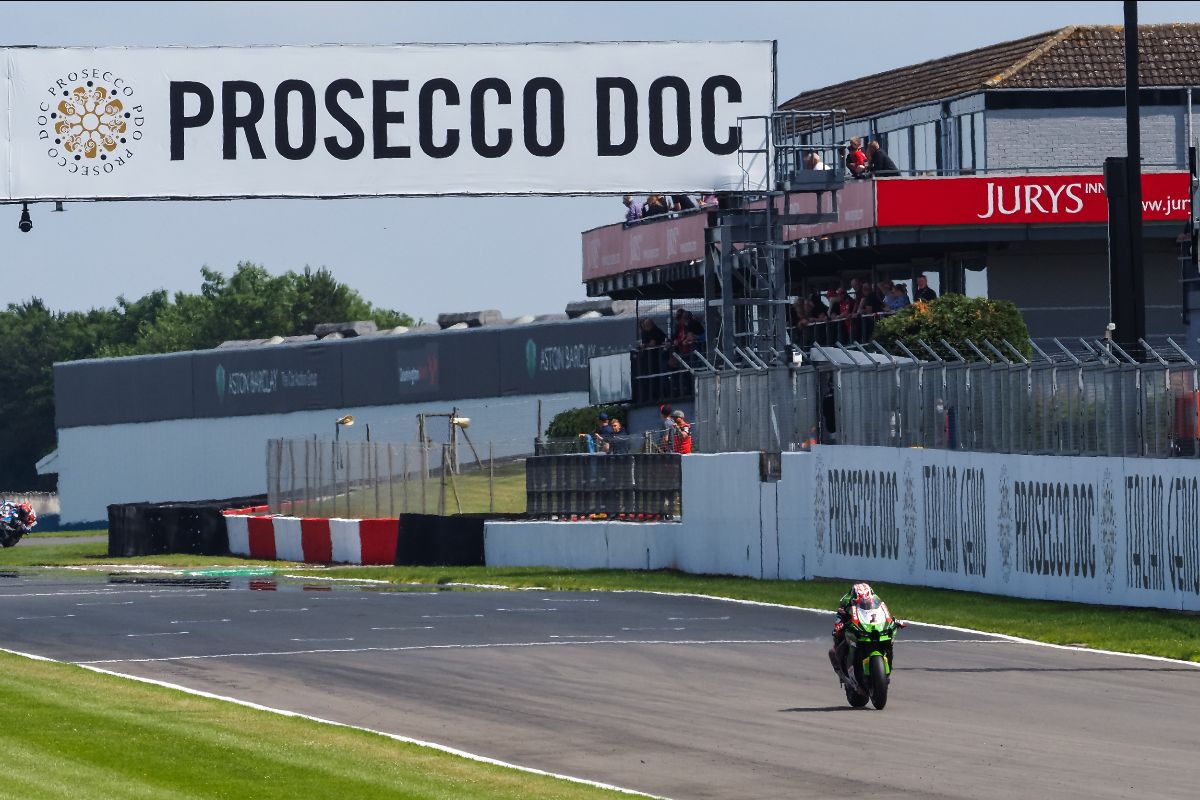