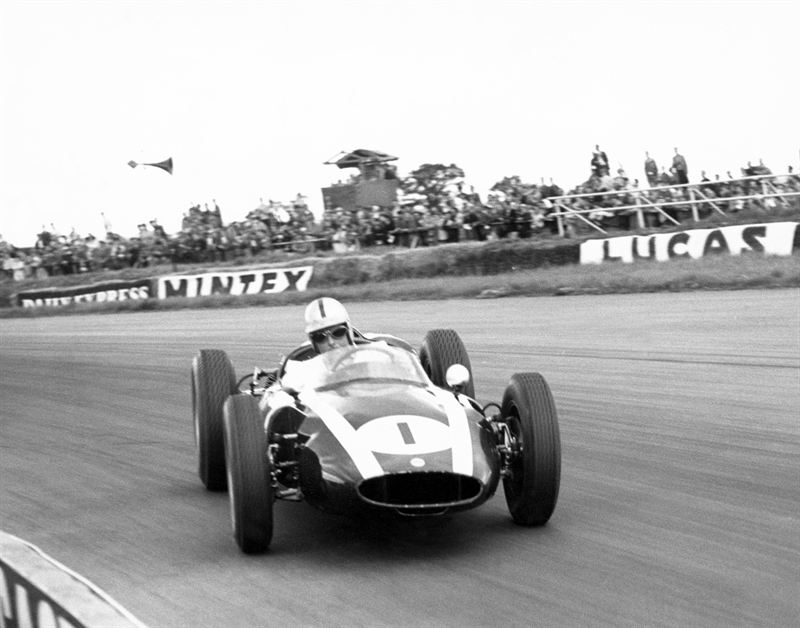 Led by the Formula 1 World Championship-winning Cooper T53 and famous sportscars including the Mercedes C11 and Jaguar D-Type, a total of eight iconic race cars will appear in a new feature at Birmingham’s NEC on 8-11 January 2015*. They’ll be joined by six wild road cars from the sector’s voice in the UK, Classic & Sports Car magazine, including the revered Ferrari F40.

Headlining the Silverstone Classic showcase, British manufacturer Cooper’s T53 claimed the 1960 Formula 1 World Championship with Brabham behind the wheel. Brabham won five races and his team-mate Bruce McLaren, whose T53 will be on display, finished second in the standings.

Mercedes-Benz dominated the 1990 World Sportscar Championship during a successful programme in the late ‘80s and early ‘90s. Driven by the likes of seven-time World Champion Michael Schumacher, the Mercedes C11 won eight of the nine races it entered.

“To celebrate the 25th anniversary of Silverstone Classic, we are pleased to join forces with leading race grid organisers and Classic & Sports Car magazine to present a selection of the finest race and road cars covering the most evocative 50 years of racing,” commented Nick Wigley, Silverstone Classic Event Director.

“As a popular event in the industry, Autosport International is the perfect location to see the most amazing track and road cars ever, and all the race cars will be in action at the Silverstone Classic in July.”

Elsewhere within the NEC, the Historic Sports Car Club will pay tribute to the unique achievements of Sir Jack Brabham, who passed away in May and remains the only man to win an F1 World Championship driving one of his own cars. A 10-strong collection of Brabham Racing cars will be led by a Brabham BT49, which won the 1981 F1 title with Nelson Piquet.

Classic Team Lotus is starting 50th anniversary celebrations of Jim Clark’s momentous 1965, in which the Scot became the only man to win the Formula 1 World Championship and Indianapolis 500 in the same year, with a display of his F1 title-winning Lotus 33.

“We are excited to be hosting such a significant group of historic race cars to celebrate Autosport International’s 25th anniversary,” Ian France, Autosport International Show Director, said. “It represents the very best of the sport from the last 50 years and I’m sure seeing these cars will bring back some fantastic memories for many fans.”

Across nine halls, the NEC will also host the latest supercars and high-performance favourites within the Performance Car Show, presented by Landsail Tyres in association with Autocar and PistonHeads.com, and exciting shows in the 5,000-seat Live Action Arena.

Tickets to the 25th anniversary Autosport International are available from £32 for adults, with children’s tickets priced from £21 and children under five years admitted for free. For more information about the show, visit www.autosportinternational.com.