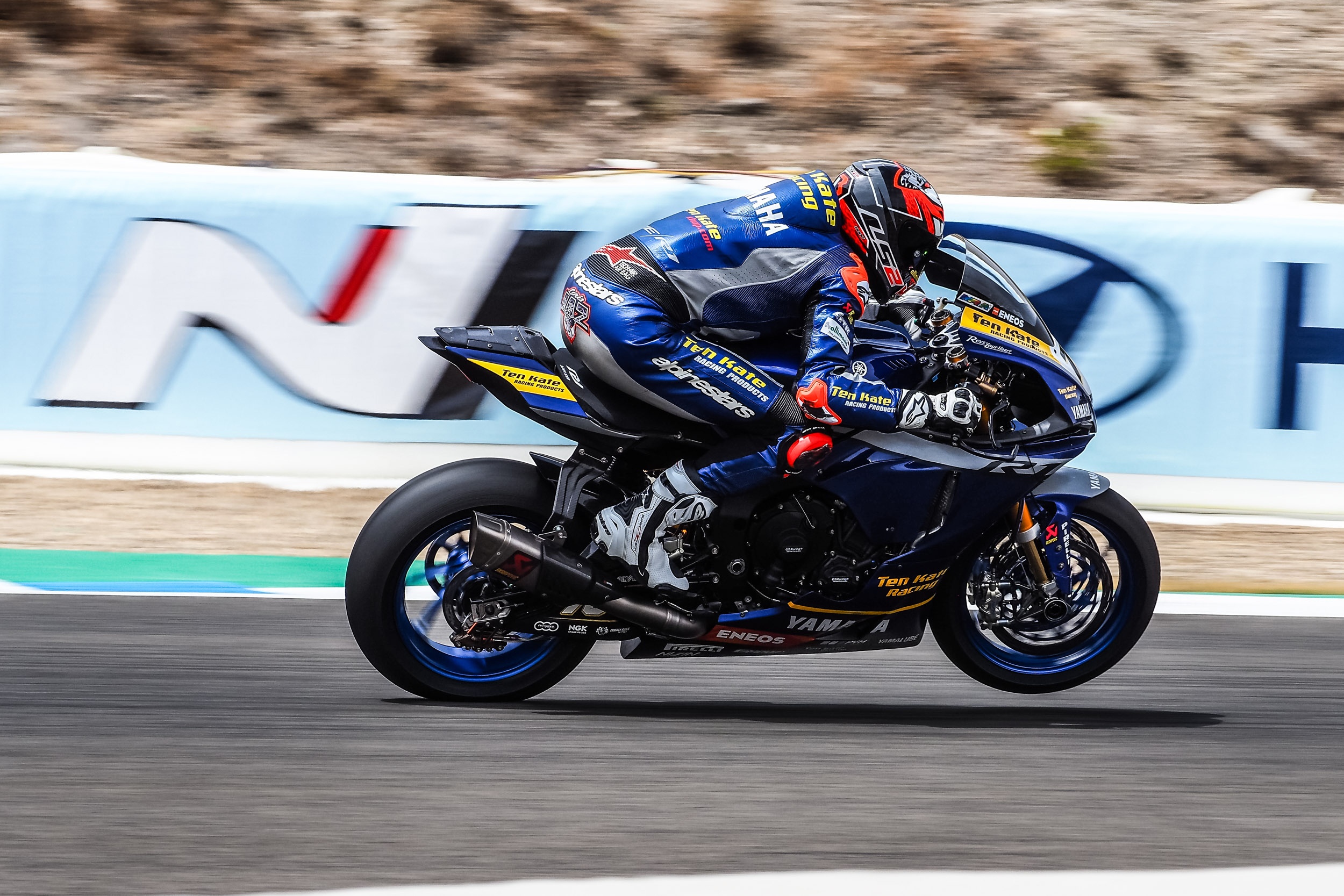 Four different manufacturers in the top five again as WorldSBK action hots up at Jerez.

The 2020 MOTUL FIM Superbike World Championship’s resumption continued under the scorching sun at Circuito de Jerez – Angel Nieto, as Loris Baz (Ten Kate Racing Yamaha) topped the day’s running ahead of the Pirelli Spanish Round. Michael Ruben Rinaldi (Team GOELEVEN) stole the headlines in Free Practice 2 by topping the session in scorching heat by three tenths of a second.

Baz’s time of 1’40.249s was just over a tenth faster than Italian rider Rinaldi’s time from the second practice session, but Rinaldi was able to bounce back from a crash in Free Practice 1 to top the second practice session. As temperatures got higher throughout the day, so did the action on track with 15 out of the 23 riders separated by one second in the combined times.

Reigning Champion Jonathan Rea (Kawasaki Racing Team WorldSBK) was second fastest overall with a 1’41.311s; less than a tenth behind Baz’s fastest overall time. Championship leader and Rea’s KRT teammate, Alex Lowes, was 10th fastest but within four tenths of the fastest time of the day; showing the competitive nature of the field and machines in action at Jerez.

Alvaro Bautista (Team HRC) was fourth fastest overall for the day as he continued his impressive pace at Jerez, with his teammate Leon Haslam finishing the day with the ninth fastest time. Bautista headed ARUBA.IT Racing – Ducati duo Scott Redding and Chaz Davies, who were sixth and seventh respectively. The two British riders were separated by just 0.030s as the day ended, although Davies did have an incident at Turn 2 but was able to continue.

Garrett Gerloff (GRT Yamaha WorldSBK Junior Team) and teammate Federico Caricasulo were 11th and 12th respectively for the day, with both riders able to show their pace throughout the two practice sessions; Italian rider Caricasulo able to improve slightly throughout Free Practice 2. Tom Sykes (BMW Motorrad WorldSBK Team) was the highest-placed BMW rider in 13th place, with Eugene Laverty (BMW Motorrad WorldSBK Team) in 15th; Laverty having a crash at Turn 1. WorldSBK returnee Marco Melandri continued to get up to speed throughout the day by finishing between the two BMW riders.