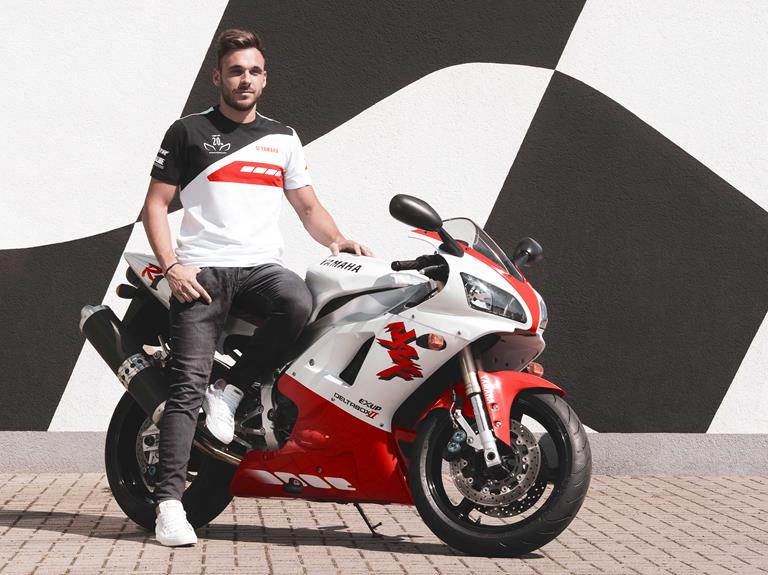 Yamaha celebrates speed, passion and nostalgia of the 20th anniversary YZF-R1 with a limited edition of the Paddock Blue collection

Making a sensational debut in 1998, this year marks the 20th anniversary of the YZF-R1 production superbike. Taking inspiration from the original colours of the 1998 R1, Yamaha introduces a limited collection which pays a tribute to the timelessness of this supersport icon. Available from the end of July at Yamaha’s European Dealerships, R1 lovers can get kitted in unique red and white themed items, which include a hoodie, two different T-shirts and two styles of caps.

To further pay homage to this legendary product, the official and factory Yamaha teams will also race the upcoming prestigious Suzuka 8 Hours Endurance Road Race sporting a special red-white livery and use this limited edition clothing as their team wear. As Yamaha seeks an unprecedented four consecutive wins as well as a second back-to-back EWC title, the slogan for this year’s Suzuka 8 Hours is “R1evolution: The “R” Evolution Sparking a Revolution”.