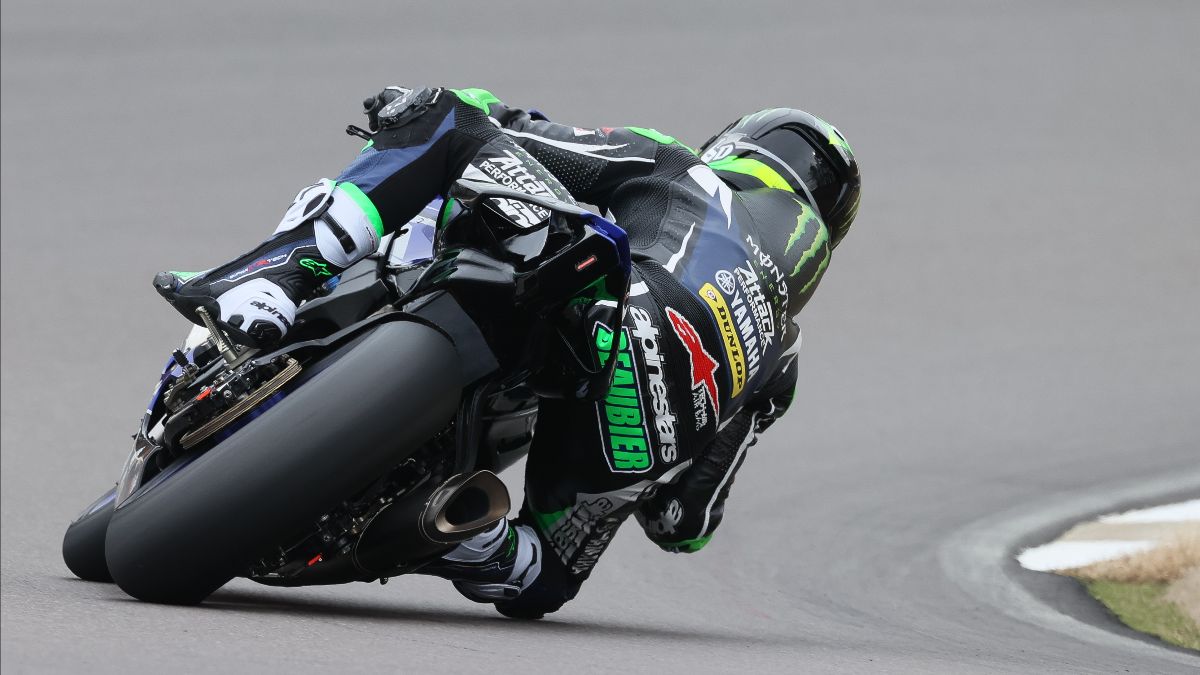 Bad weather again led to less track time for the teams taking part in the MotoAmerica Dunlop Preseason Test at Barber Motorsports Park, but Mother Nature cooperated in the afternoon of day two with cloudy skies and a dry racetrack. And the riders responded with quicker laps as four-time MotoAmerica Superbike Champion Cameron Beaubier knocked yesterday’s fast man Toni Elias from the top spot with his 1:24.332.

Beaubier’s best lap came in the seventh session of the two-day test and the first dry session on Wednesday, the 1:24.332 on his Monster Energy Attack Performance Yamaha knocking M4 ECSTAR Suzuki’s Toni Elias from the top spot with Elias’ best of 1:25.371 coming on Tuesday afternoon.

“I think we got in 25-plus laps this afternoon, which is better than nothing considering the weather,” Beaubier said. “Everything was okay. It was actually pretty nice, riding my new bike on this track and trying to compare it with last year. I’ve ridden it at Buttonwillow the last few times, so it was nice to do kind of a back-to-back because the track surface really hasn’t changed other than it just being clean from the race. It was just nice to get on a new track. I feel like we have a couple things to work on. For the most part, everything was pretty damn good. Right now, I’m leaving content, even with just a few laps. We’re already down to a closer race pace on a super green track than we did last year. All in all, it was good.”

Second fastest on Wednesday and third overall went to Beaubier’s new teammate Jake Gagne with his 1:26.494 moving him ahead of KWR’s Kyle Wyman, who left early to start his drive to Daytona Beach, Florida, where he will defend his Daytona 200 victory this coming weekend. Wyman lapped at 1:26.336 on his Ducati Panigale V4 R on Tuesday.

Celtic HSBK Racing’s PJ Jacobsen, meanwhile, was third fastest on Wednesday and fifth overall on the second Ducati in the class.

Altus Motorsports’ Cameron Petersen was another who opted out of Wednesday’s proceedings, but his fourth quickest time from Tuesday put him sixth overall after the two-day test. FLY Racing ADR Motorsports’ David Anthony, M4 ECSTAR Suzuki’s Bobby Fong and Scheibe Racing BMW’s Josh Herrin rounded out the top 10 overall from the two days of action.

To purchase tickets for all MotoAmerica events, click HERE