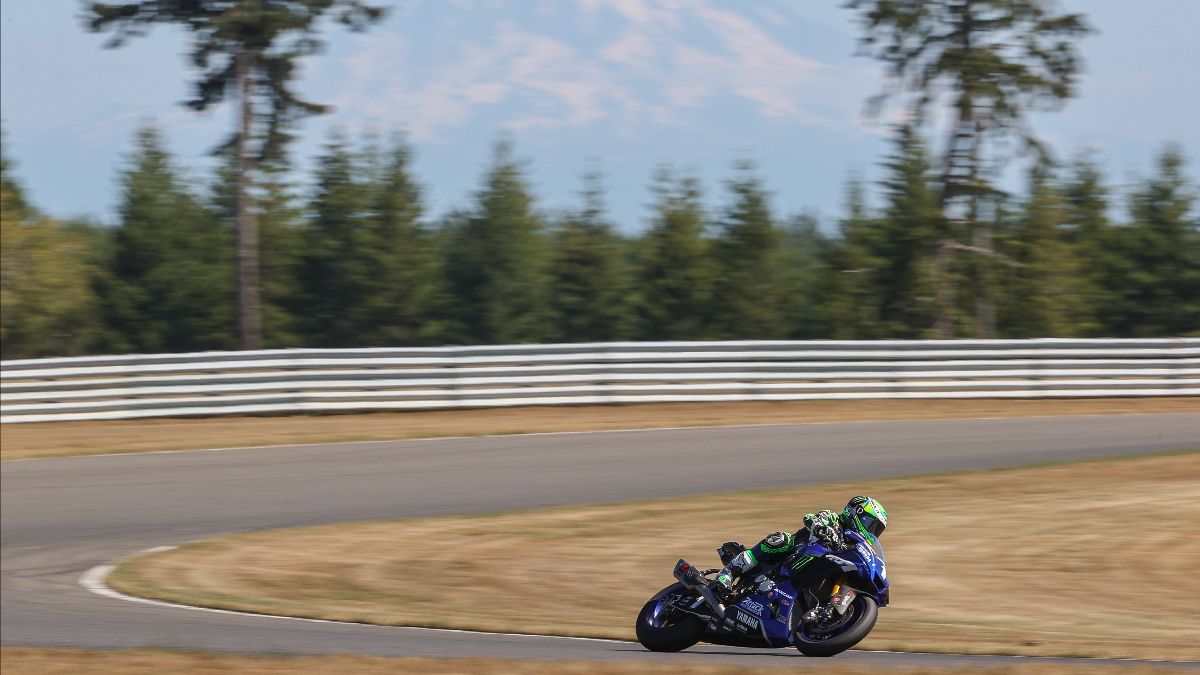 Monster Energy Attack Performance Yamaha’s Cameron Beaubier did today what he’s done all season in the HONOS Superbike class. He ended the Official Dunlop MotoAmerica Dunlop Test at the Ridge Motorsports Park on top of the timesheets.

Beaubier, who comes into this weekend’s Komatsu MotoAmerica Superbikes at the Ridge with seven wins in the eight races thus far, lapped at a best of 1:41.084. His fast time came in the second of four sessions with the four-time MotoAmerica Superbike Champion electing to sit out the final session. Beaubier’s best eclipsed his best from a private test session earlier in the year.

“It was a good day overall,” Beaubier said. “The bike is working well and I’m enjoying riding here. Jake (Gagne) is going fast and so is Matty (Scholtz). Today’s test will be a good lead into the weekend and I’m looking forward to getting started.”

Beaubier’s teammate Jake Gagne ended up second best, despite a crash in the second session. Gagne’s best was a 1:41.686 from session three.

Westby Racing’s Mathew Scholtz ended the day third fastest, the South African turning in a 1:41.903. He joined Beaubier and Gagne as the only riders to crack into the 1:41s.

The fastest of the Liqui Moly Junior Cup entries at the test was led by Celtic HSBK Racing’s Sam Lochoff with his 1:54.635 – a tick faster than Landers.