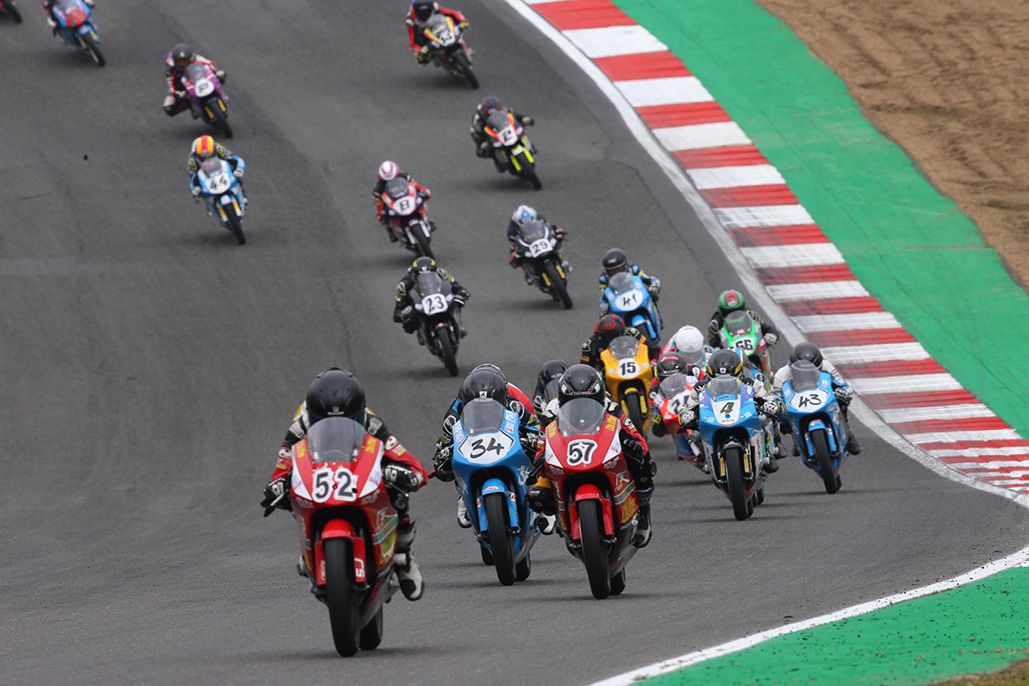 The points leader extends his advantage after a duel at Brands Hatch, with the rostrum completed by Garness.

Evan Belford (City Lifting/RS Racing) took his third win of the year in Race 2 at Brands Hatch, the number 52 coming out on top after a race-long duel against Wilson Racing’s James Cook. Cook lost out on his first win by just 0.061 but takes another podium in second, with Johnny Garness (City Lifting/RS Racing) completing the rostrum after another battle decided by almost nothing.

Belford took the holeshot despite launching from fourth, the number 52 bolting away early as Cook just about held on in second to start giving chase. And thus began the duel that lasted the whole race, with the two glued together from thereon out.

Behind, Garness was third ahead of Carter Brown (City Lifting/RS Racing), with Sullivan Mounsey (iForce Lloyd & Jones) having another strong start on Sunday to slot into fifth. Ryan Hitchcock (Wilson Racing) was the rider shuffled back, going from the front row to the back of that fight.

At the front, the duel raged on and Cook struck for the lead early, but Belford found an answer – as he did from then on. Coming onto the final lap, the two were neck and neck over the line and Cook came out of Paddock Hill Bend ahead, but Belford struck back down the back straight. Approaching the final corner Cook went for a tight line as Belford defended with all his might, and it came down to a drag to the line and another incredibly close finish – with Belford taking it by just 0.061.

The fight for third became a four-rider battle and drag to the line too, with Garness coming out on top by a tenth. Race 1 winner Carter Brown was therefore forced to settle for fourth, with Ryan Hitchcock (Wilson Racing) and Ollie Walker (Moto Rapido / SP125 Racing) both within hundredths.

Jamie Lyons (C&M Motors Ltd/Tooltec Racing) won the battle for P7, just fighting off another good race from Rossi Banham (MJL Racing) as he took eighth, denied by a tenth. Mounsey was a little further down the road for ninth, with Bailey Stuart-Campbell (151s Racing) completing the top ten ahead of Harrison Crosby (Banks Racing).

Cormac Buchanan (Microlise Cresswell Racing) crashed out from that fight, the New Zealander losing out on the final lap.

That concludes Round 3, with the Honda British Talent Cup back on track at Thruxton next weekend for Round 4.