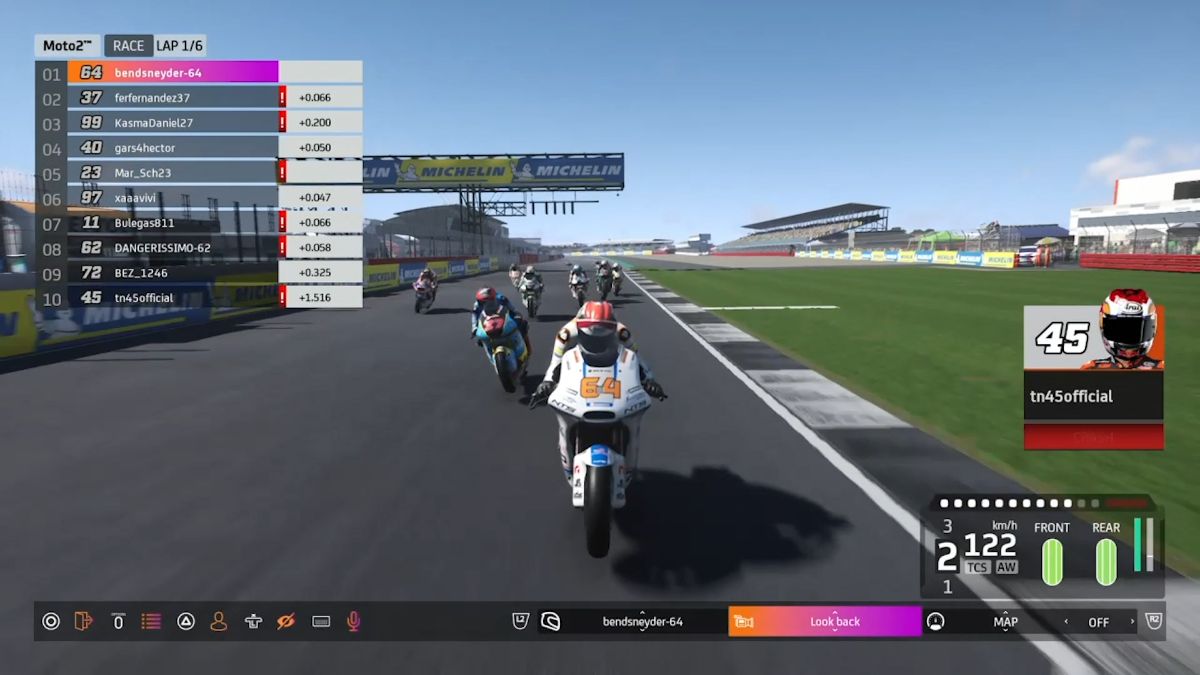 The Dutchman goes two better at Silverstone after a podium at Jerez.

In Moto2™, NTS RW Racing GP’s Bo Bendsneyder went two better than Jerez at the Michelin® Virtual British Grand Prix, the Dutchman starting from pole position and never looking back after getting a lightning start. He went on to take the chequered flag with an impressive advantage ahead of two rookies: ONEXOX TKKR SAG Team’s Kasma Daniel Kasmayudin and FlexBox HP 40’s Hector Garzo.

It didn’t take long for the drama to begin on the opening lap when Augusto Fernandez (EG 0,0 Marc VDS) crashed out down the Hangar Straight by running straight into the back of Kasmayudin, the Malaysian suffering some lag issues and the same problems then causing Garzo to crash a few laps later too. The pair were sweeping around the final corner when Kasmayudin’s Moto2™ machine stopped dead in the middle of the track, leaving the Spaniard nowhere to go…

That meant the final podium place had seemingly been handed to Liqui Moly Intact GP’s Marcel Schrötter, but the German then suddenly threw away a rostrum finish on the penultimate lap after touching the grass and crashing heading on to the Wellington Straight.

No such mistakes were made by Bendsneyder, who eased over the line eight seconds clear of Kasmayudin in second, with Garzo stealing the final podium place. Schrötter’s disastrous final two laps were compounded by Fernandez beating him to fourth in the last sector, leaving the number 23 to complete the top five.

Bo Bendsneyder: “I worked hard for it and trained a lot! So I’m happy.

“I won by eight seconds in the end, but it wasn’t easy. My hands are a bit sweaty now, but I finished the race!”