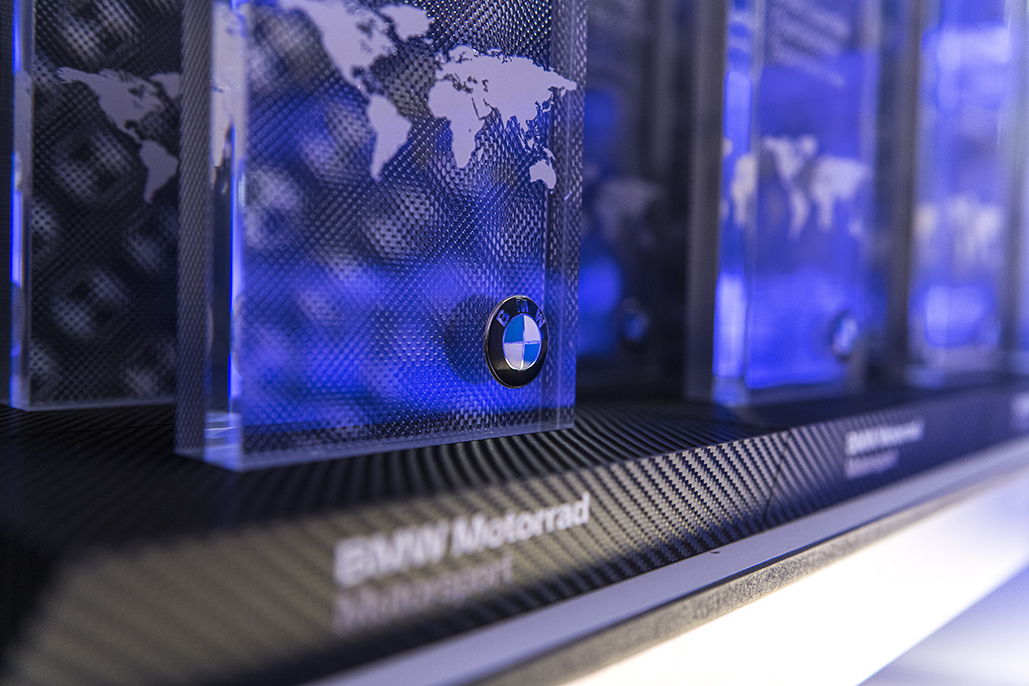 The BMW Motorrad Race Trophy is back for 2021 – with a new scoring system and attractive prizes for the best privateer BMW riders in the world. The unique customer racing competition was launched in 2014 and enters its seventh season, after the pandemic-enforced break last year. As this year’s main prize, BMW Motorrad Motorsport will present the Race Trophy winner with a BMW M 1000 RR worth around 33,000 euros.

“The close collaboration with our privateer customer racers around the world is always very important to us here at BMW Motorrad Motorsport,” said Dr. Markus Schramm, Head of BMW Motorrad. “We are proud of the big, global family of riders that we have built up consistently in recent years. Our race support provides our customers with comprehensive support when it comes to any technical questions about using their BMW racing bikes, and with on-site support at the racetrack. In addition, the Race Trophy is another important pillar in our customer racing programme. It is really important to us to honour the many successes that our privateer BMW riders celebrate around the globe, and their dedication as ambassadors of our brand. With this special competition we bring the BMW racers from a variety of race series around the world together as one big, strong community. We’re really looking forward to an exciting season and wish everyone taking part in the 2021 BMW Motorrad Race Trophy 2021 the very best of luck.”

The BMW Motorrad Race Trophy unites privateer BMW racers from various international and national race series in a consolidated ranking. Previously, a complex key determined the number of Race Trophy points they collected for the ranking based on their results in their respective races. To ensure that all riders were treated equally in the huge number of different race series, one of the factors was the total number of races held each season in a series. Based on this, the number of Race Trophy points up for grabs for the individual results in an individual race of a series was calculated. BMW Motorrad Motorsport has changed this scoring system for the 2021 season to increase transparency.

This new scoring system has several advantages, one of which is that the winning percentage can be calculated quickly and transparently after every weekend. The level playing field between the individual championships with differing numbers of races is maintained. Another considerable advantage is that it can still be used without any modifications even if the race calendars change.

There are also innovations when it comes to the prizes for the best participants in the BMW Motorrad Race Trophy. The attractive, exclusive main prize for this year’s winner is a new BMW M 1000 RR worth around 33,000 euros. The participants who finish in second to tenth place in the final classification of the Race Trophy will also be awarded prizes,  receiving vouchers for BMW Motorrad parts packages, with a total value of just under 40,000 euros. The vouchers can be redeemed at BMW Motorrad Motorsport Official Partner alpha Racing.

These original BMW Motorrad Performance Parts make an important contribution to the successes of BMW racing customers. All the information and data that BMW Motorrad Motorsport collates during works appearances in the FIM Superbike World Championship (WorldSBK) and the FIM Endurance World Championship (FIM EWC) continuously flow into the development of the performance parts. Sales partner alpha Racing quickly makes these new parts available to racing customers meaning that the lifecycle from experiences in the WorldSBK, through the development of new parts, to the Performance Parts being used on the racing bikes of customer teams is very short.

For more detailed information on the 2021 BMW Motorrad Race Trophy, the regulations, an overview of the individual series and race events, as well as to register for the Race Trophy, see:

A short clip that explains the new scoring system

MXGP is off to Oss

Watch the 12 Hours of Estoril live