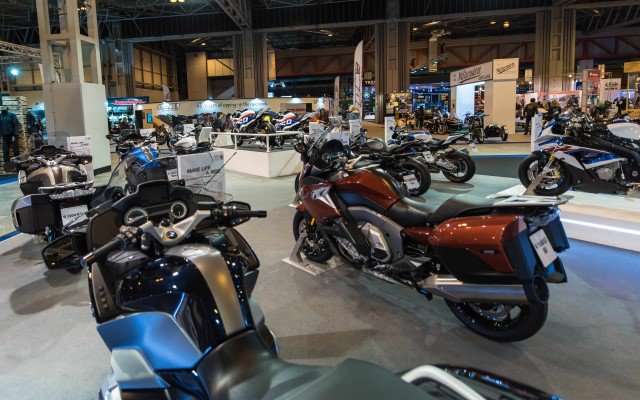 BMW Motorrad UK will have its full line-up of 2017 models on display at the Carole Nash MCN London Motorcycle show from 17 to 19 February at the Excel, giving enthusiasts who missed Motorcycle Live a chance to get up close to the new model range.

The reaction to the 2017 model range at Motorcycle Live was overwhelmingly positive, with new additions to the Heritage range proving parituclarly popular. Alongside the Heritage range will be heavily-revised versions of the R 1200 GS, in Rallye and Exclusive variants.

The R nineT Racer and the R nineT Urban G/S will also be at the show, joined by the raw R nineT Pure, all three offering a distinct look and feel. The original R nineT is also set to be on display, featuring changes for Euro 4.

Following its recent press launch in Spain, interest around the R 1200 GS Rallye and Exclusive continues to grow. Both variants build on the already formidable and class-defining R 1200 GS and GS Adventure machines; the two best-selling bikes (over 125cc) in the UK in 2016.

Visitors to the show will be able to get a closer look at the BMW K 1600 GT and LE model also launched in Spain, which received equally glowing reviews from the press.

Upgrades and technical refinements abound in the S 1000 range. The BMW S 1000 RR ended 2016 as the UK’s most-popular supersport bike and continues to top group tests. Perhaps the most notable changes come to the S 1000 R, with a new exhaust, chassis and updated quick-shifter all gracing the now Euro 4-compliant roadster.

Both the lightweight BMW G 310 R and BMW G 310 GS will again be on the stand, the pairing proving extremely popular at previous shows.

The entire F 800 range has been given technical updates with the F 800 R, F 800 GS and GS Adventure model along with the F 800 GT tourer, all will be on display at the Excel show.

The ground-breaking BMW C evolution electric scooter range will also be on show in 2017 specification. Both scooters are now an even more attractive prospect thanks to a government OLEV grant amounting to a £1500 discount off the purchase price.

Having revealed their 2017 British Superbike rider line up at Motorcycle Live, the Tyco BMW team are set to show their colours for the new season in London.

BMW Motorrad UK’s National Marketing Manager Scott Grimsdall said: “The London Motorcycle show is another exciting opportunity for us to show the entire 2017 line-up of bikes and for those who missed out on Motorcycle Live it’s another chance to see our new bikes.

“We are incredibly excited about the 2017 model range and with updated versions of popular bikes like the R 1200 GS being joined by the growing Heritage range, we have a wider range of bikes than ever.”

The BMW Motorrad stand is M15.

For more information on BMW Motorrad products, or to find your local BMW Motorrad Retailer, visit www.bmw-motorrad.co.uk or call 0800 777 155.