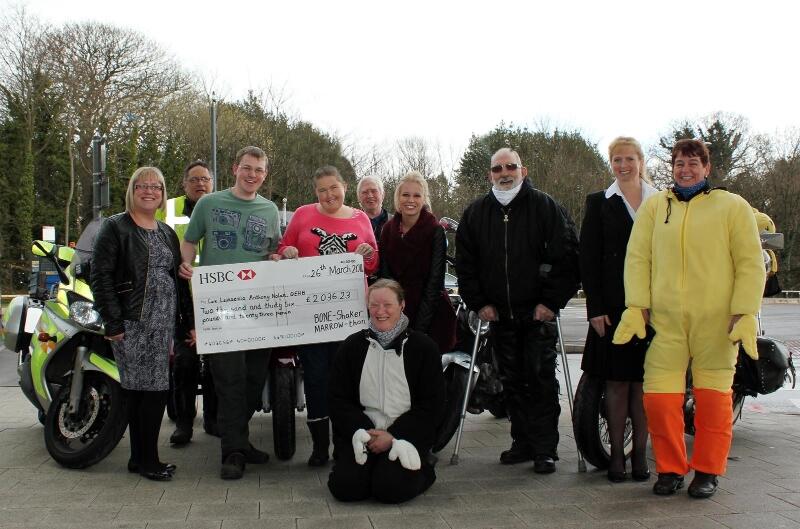 The weather may have been wet for the BONE-shaker MARROW-thon charity ride, but that  didn’t stop around 120 riders proving that biking really is in their blood.

The 35-mile ride between Birmingham and Burton-on-Trent took place on Sunday, March 2, to raise money for blood cancer charities. The charity ride coupled with a family fun day raised £2,036-23 to be split equally between Cure Leukaemia, Anthony Nolan and the Queen Elizabeth Hospital Birmingham Charity.

Stephen said: “Aside from the ride raising lots of money for charity, we wanted to create a talking point which would help raise awareness – we managed both as people continue to talk about the BONE-shaker. We’re already planning to repeat the ride next year in April when we’d like to double the number of riders and the money raised”.