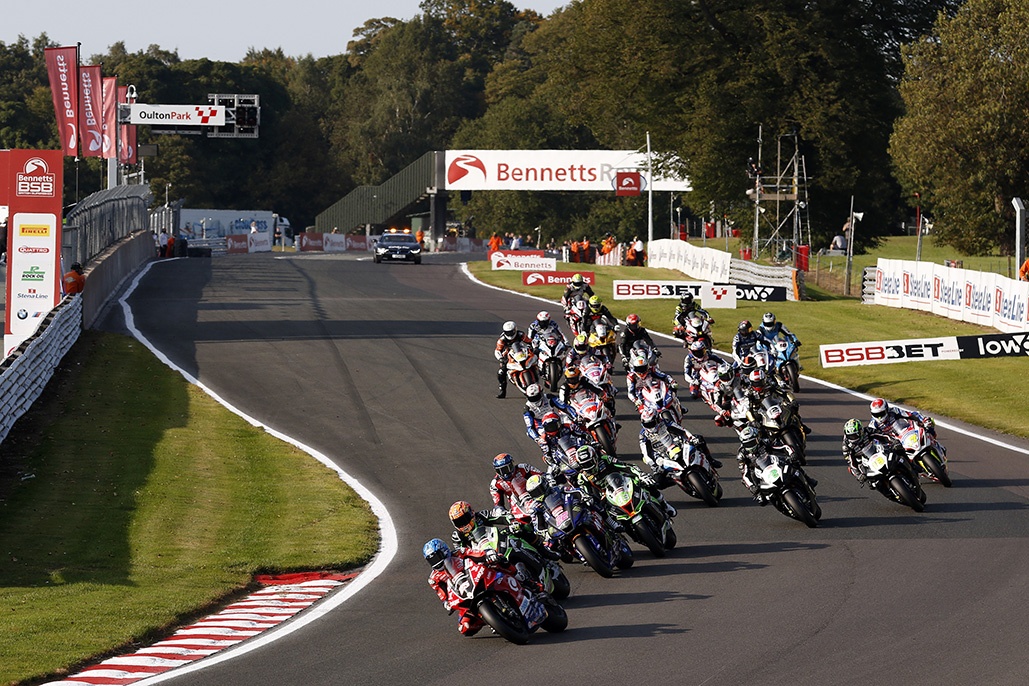 Jason O’Halloran was denied the chance to claim the first hat trick of wins in the 2020 Bennetts British Superbike Championship in the final race of the weekend at Oulton Park as Josh Brookes hit back in fighting form in race three.

O’Halloran had become the eighth different winner of the season yesterday for McAMS Yamaha, and he was able to follow it up with a second consecutive win in Round 11 earlier today. The Australian rode an inch-perfect race, to lead from the opening lap to the chequered flag and hold off Christian Iddon and Danny Buchan.

O’Halloran had a strong start from pole position in the second contest of the weekend, but he had VisionTrack Ducati’s Iddon for close company with Buchan also in the breakaway trio, as they repeated the podium line up from the opening race yesterday.

O’Halloran’s Round 11 victory was all the more crucial in the championship standings as there was a huge disappointment for standings leader Glenn Irwin, who was forced to retire with a technical problem, slashing his point’s advantage.

Brookes was able to make strides forward after finishing eighth in the opening race yesterday, as the former champion carved his way through from seventh on the opening lap into fourth place at the chequered flag.

Brookes though was able to turn the disappointment of earlier into the weekend into a stunning victory in Round 12, holding off his VisionTrack Ducati teammate Iddon and Jackson to celebrate the final win in Cheshire.

Brookes had managed to hold the lead into Old Hall for the first time ahead of double race winner O’Halloran and Iddon with the Rapid Fulfillment FS-3 Kawasaki pairing also in close contention.

Iddon was looking for a way to move ahead of O’Halloran, and on lap three he powered head over his Australian rival as he bid to keep him at bay.

He then had his teammate in his sights, and he was looking for a chance to make a move. Iddon went for a dive on the brakes into Lodge on the eighth lap, but a determined counterattack put Brookes back at the front before they crossed the line for lap nine.

Iddon was still pressing Brookes and with three laps to go, he looked set to make a move at Hizzy’s, but it cost him ground and gave his teammate the edge he needed over the final laps to claim his second win of 2020 Bennetts BSB.

Meanwhile Iddon was under pressure from O’Halloran and Jackson as the scrap for the final podium positions continued, which went down to the wire on the final lap, with Iddon able to hold strong in second place.

However, for O’Halloran the chance of a hat trick of podiums ended at the final corner when Jackson made a determined move at Lodge to grab third place and hold the 0.096s advantage at the chequered flag.

O’Halloran claimed fourth place, but a determined weekend for the McAMS Yamaha rider now launches him into second in the title fight ahead of Donington Park and just two points adrift of Glenn Irwin, who ended the final race of the weekend in sixth place for Honda Racing.

Josh Brookes
(VisionTrack Ducati)
Round 12 race winner
“I feel really good now after that win. I had a good setup for the lap time in the second race as I started on pole position for the final one.

“Life was a bit easier for me in race three, starting from pole position. I used my lap time as a reference straight away, and to start with I thought I was in trouble as I couldn’t achieve the lap time that I thought was necessary to move forward.

“I just rode as hard as I could and from that moment I expected people to try and attack. When the attack came I knew I had to attack straight back and as it turns out that was the right thing to do. Then fortunately, I could hold the lead position.

“As the race went on, the bike stayed the same and I was able to do the lap times at the end of the race similar to what I had been doing at the start, so the VisionTrack Ducati crew did a great job.

“I am really buzzing after this win. I have had loads of wins in BSB but that one felt particularly good – I really enjoyed that one!”