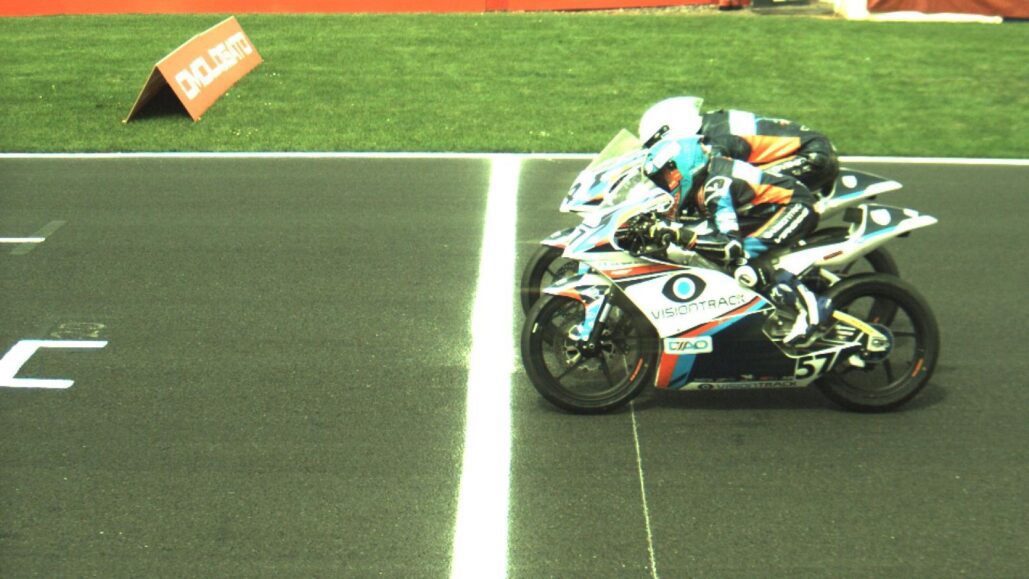 Carter Brown (MLav VisionTrack Academy) and teammate Johnny Garness weren’t split by much in Race 1 at Donington, and by the end of Race 2 it was even less. Nothing, in fact, as the Honda British Talent Cup had the closest finish in a British Championship race in more than twenty years, with both riders getting 25 points and the photo finish proving absolute parity.

Off the line it was Harrison Dessoy (Microlise Cresswell Racing) getting the best launch from third, but the usual suspects were soon fighting the number 55 in the freight train. First it was Garness challenging for the lead, then it was Sullivan Mounsey (Wilson Racing/J&S Accessories). And then it was Garness vs Mounsey, but no one was getting away from the group despite the spectacular but ultimately brief duel.

Lap by lap, the moves came thicker and faster throughout the group, with some incredible quality shining from the field. Mounsey had some serious moves, Garness and Brown made them count, Kiyano Veijer (Microlise Cresswell Racing) forced his way through to the front… and coming into the final lap, it was still anyone’s to win.

Veijer led, but Garness made his move to slice through and Brown followed suit, setting up an MLav VisionTrack Academy showdown into the final chicane and to the line. As they both gassed it towards the flag, each had their own small moment too… and each reached the line at exactly the same time. Split by exactly zero thousandths, and with the photo finish unable to split them. That makes it 25 points each and some incredible history made at Donington.

Just behind the two, Veijer took third place to get back no the podium after a crash out on Saturday, with Bailey Stuart-Campbell (Team 151s/Lextek) taking fourth after a quality final few laps with his elbows out. Mounsey made his return to the BTC more than felt as he took fifth and seriously impressed.

Dessoy was forced to settle for sixth ahead of Ryan Hitchcock (City Lifting by RS Racing), Julian Correa (Microlise Cresswell Racing), Rhys Stephenson (Rocket Racing), Lucas Brown (SP125/Amphibian Scaffolding) and Harrison Crosby (Banks Racing), the latter completing the freight train in P11 – and still only 1.6 off the win after an awesome showing from the top group.

That’s a wrap on Round 3 at Donington, and what a weekend it was. Two races and three winners saw history made in the East Midlands, so join us again for more next month as the NTC takes on Knockhill! 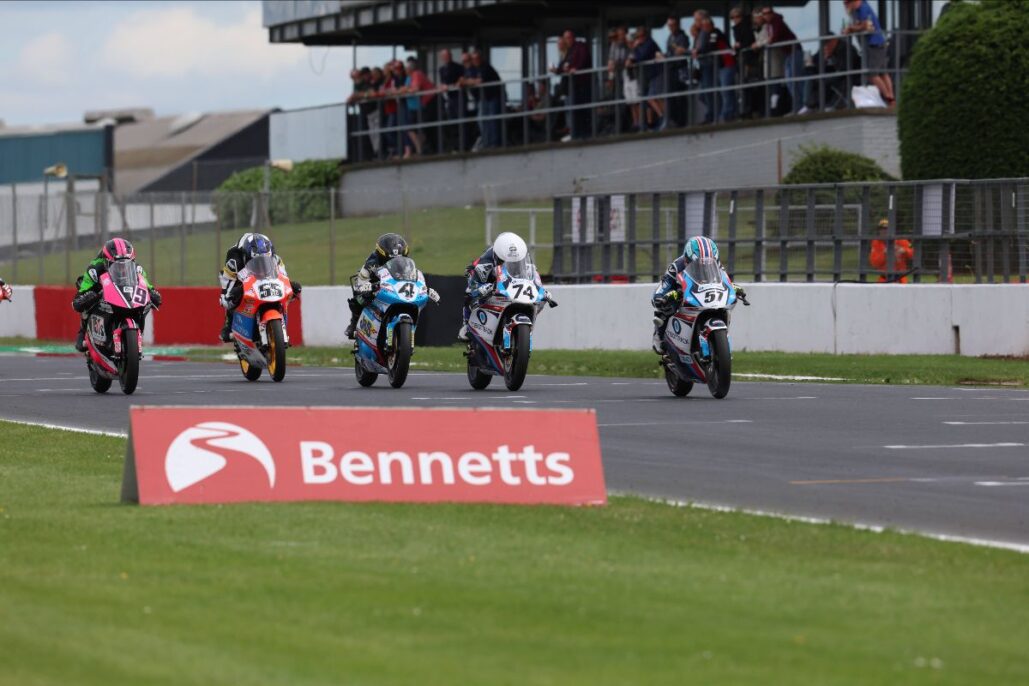