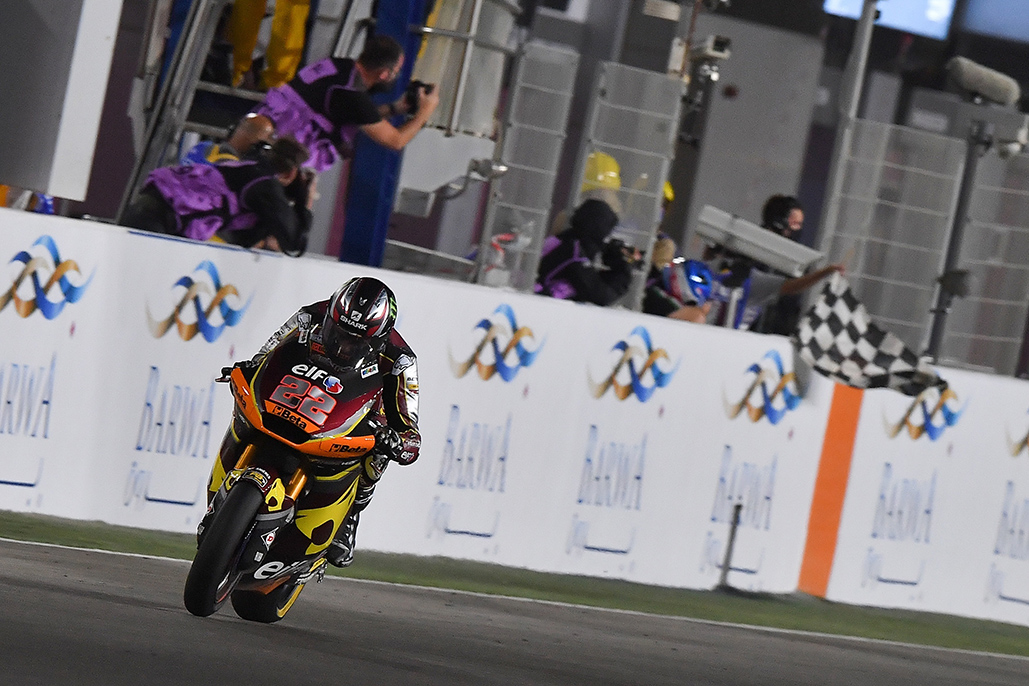 The Brit was imperious in the season opener, so can the likes of Gardner, Bezzecchi and Diggia fight back on take two?

Not since 1979 has a British rider won the opening race of a Grand Prix season, but Sam Lowes (Elf Marc VDS Racing Team) did just that in 2021 and in some style. A controlled and perfectly pitched ride to the flag saw him start the year with the first 25 points on offer, so the question heading into the TISSOT Grand Prix of Doha is a simple one: can anyone catch the number 22?

The best candidate based on the first race of the year is Remy Gardner (Red Bull KTM Ajo), as the Australian had the best pace to rival the Brit – he just started further back. Lowes recovered quickly after losing out slightly from pole, but Gardner had more work to after qualifying sixth and ending Lap 1 in eighth, costing him more time as he fought his way back through into clear air on the chase. With a closer qualifying and a better start, can Gardner put on the pressure?

Third was also an intriguing battle. Fabio Di Giannantonio (Federal Oil Gresini Moto2) came out on top for a first emotional podium for Gresini in the intermediate class since 2016, but it was close between Diggia and Marco Bezzecchi (Sky Racing Team VR46). Can they take a step forward after a race of data? And what about those just behind them, the likes of Joe Roberts (Italtrans Racing Team) and Jake Dixon (Petronas Sprinta Racing)?

Raul Fernandez (Red Bull KTM Ajo), meanwhile, could be an even more interesting watch. The rookie sensation spent a lot of his first ever Moto2™ race fighting for the podium, and as his experience increases, his pace and race management likely will too. Another race at the same track is great news for rookies, and Fernandez is well poised to make the most of it. There were some impressive performances from two more of his fellow debutants too, with American Cameron Beaubier (American Racing) duelling Celestino Vietti (Sky Racing Team VR46) for 11th as they both began their intermediate class careers just three tenths off the top ten. What can they do on take two?

The TISSOT Grand Prix of Doha sees the intermediate class race round Losail again on Sunday the 4th of April, with Lowes aiming to complete the double from 18:20 (GMT +3).