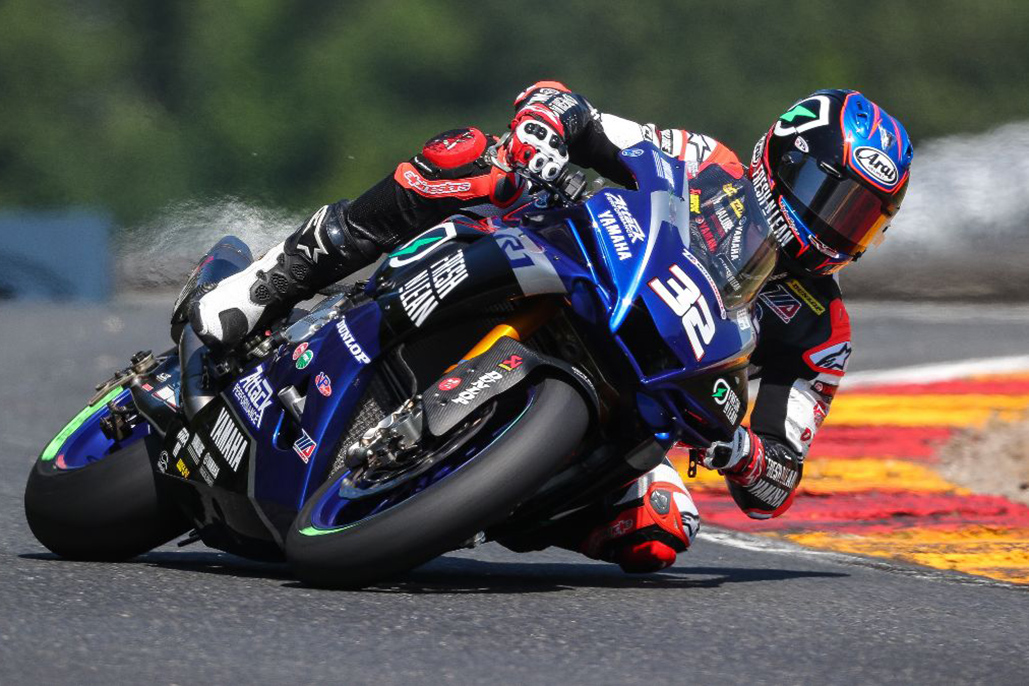 Can Anyone Stop Gagne? MotoAmerica’s Fourth Round Set For Pacific Northwest And Ridge Motorsports Park

Jake Gagne Is On A Heater With Wins In Five Of The First Six HONOS Superbike Races As The Series Heads To Washington State.

Last year marked the debut of MotoAmerica in the Pacific Northwest with the first-ever HONOS Superbike race at Ridge Motorsports Park and Cameron Beaubier left Washington State with two more wins as he approached the middle of a 10-race win streak that ultimately led him to a fifth MotoAmerica Superbike title. Although that was then and this is now, you’d be excused for thinking there is a bit of déjà vu going on here as Beaubier’s teammate from a season ago, Jake Gagne, arrives for the Komatsu MotoAmerica Superbikes At The Ridge on a win streak of his own with five successive victories.

Gagne and his Fresh N’ Lean Attack Performance Yamaha YZF-R1 are now the benchmark in the HONOS Superbike class as the Californian, who now makes his home in Colorado, is winning and winning big. Following his DNF in the very first race of the year, Gagne has won by 4.7 seconds (Road Atlanta), 11.8 and 13.9 seconds (VIRginia International Raceway) and 5.9 and 6.7 seconds (Road America). Other than the VIR margin of victories, the other gaps are manageable. And his rivals aren’t throwing in the towel just yet.

As for the championship, Gagne has clawed back the deficit he lost with his DNF at Road Atlanta and he now leads the title chase by 18 over the man who has been the most consistent thus far, Westby Racing’s Mathew Scholtz. The South African is the only rider other than Gagne to win a race, and he has been on the podium in every race except race one at Road America where he finished an uncharacteristic sixth with a “technical issue.”

Gagne’s teammate Josh Herrin sits third in the championship. Herrin started his season with three straight podiums but hasn’t been close since. He is 42 points behind Gagne and just one in front of M4 ECSTAR Suzuki’s Cameron Petersen, with the South African on the upswing after earning the first two HONOS Superbike podiums of his career two weeks ago at Road America.

Petersen’s teammate Bobby Fong hasn’t had the start to his season he was hoping for. After finishing second in race one at Road Atlanta, Fong has been off the podium in the following races, though it wouldn’t be a big surprise for him to turn things around starting at Ridge Motorsports Park this coming weekend. He is, however, 53 points behind Gagne, but only 10 behind his teammate Petersen.

If there has been a surprise so far in 2020 it has been the performance of MotoAmerica rookie/international racing veteran Hector Barbera. The Spaniard, who signed on with the Scheibe Racing BMW team at the 11th hour before the season started, has finished every race and has been in a battle in every race. His best finish is sixth (he has three of them), but he’s been in fights higher up the order, especially so at VIR where an off-track excursion cost him what likely would have been his best finish of the young season. Team owner Steve Scheibe is thrilled with Barbera’s effort, and things should only get better as he becomes more comfortable with the bike, the team, the tires and the racetracks.

Loris Baz has only finished three of the six races held thus far in 2021, but two of those three were runner-up finishes to Gagne. The Frenchman will again face a new circuit when he arrives in the Pacific Northwest, but the test day on Thursday should help him and his Warhorse HSBK Racing Ducati New York team get up to speed before wheels are turned in anger on Friday. Not many would be surprised if it is Baz who at some point stops the Gagne steamroller.

Panera Bread Ducati’s Kyle Wyman sits eighth in the championship, but that’s going to get worse rather than better as he suffered a broken elbow at Road America and will miss the Ridge round and perhaps WeatherTech Raceway Laguna Seca. Wyman’s goal at this point in time is to be healthy enough to focus his efforts on wrapping up the Mission King Of The Baggers title at Laguna. If he doesn’t race the Superbike in Monterey, he will put someone on his Ducati Panigale V4 R.

There are 32 entries for the two HONOS Superbike races at Ridge Motorsport Park.

With last year’s MotoAmerica debut event at Ridge Motorsports Park not allowing spectators, this year’s round will give fans in the Pacific Northwest their first opportunity to witness HONOS Superbike racing first-hand.

Cameron Beaubier won the two HONOS Superbike races at Ridge last year, the five-time MotoAmerica Superbike Champion beating Mathew Scholtz by 8.1 seconds in race one and then topping his Attack Performance Yamaha teammate Jake Gagne by 3.2 seconds in race two. Bobby Fong was third in both races on his M4 ECSTAR Suzuki.

Beaubier holds both the outright HONOS Superbike lap record and race lap record from his dominant weekend at Ridge Motorsports Park in 2020. Beaubier’s best lap was a 1:40.358 set during FP2 with his best race lap coming in race one – a 1:40.662.

With his five successive victories in 2021, Jake Gagne now has five career wins in his MotoAmerica Superbike career. If Gagne continues his domination this weekend at Ridge Motorsports Park and wins both races, he will move into a tie with Roger Hayden for 24th on the all-time AMA Superbike win list. The all-time leader in AMA Superbike wins is Mat Mladin, the Australian winning 82 Superbike races in his career.

Prior to last year’s MotoAmerica debut in the Pacific Northwest, the last AMA Superbike National held in Washington State was at Seattle International Raceway in Kent, Washington in 1985. The race was won by a young phenom by the name of Kevin Schwantz.

Sixty-one men have won AMA Superbike races since the series began in 1976. There have been 21 different champions in those 45 years and MotoAmerica has been interviewing those champions weekly in its “21 In ‘21” series that can be found on the series website at www.motoamerica.com.

In addition to his five wins thus far in 2021, Jake Gagne has also earned pole position for each of the three rounds heading into this weekend’s battle at Ridge. Coincidentally, Gagne earned his first career MotoAmerica Superbike pole position at Ridge Motorsports Park last year.