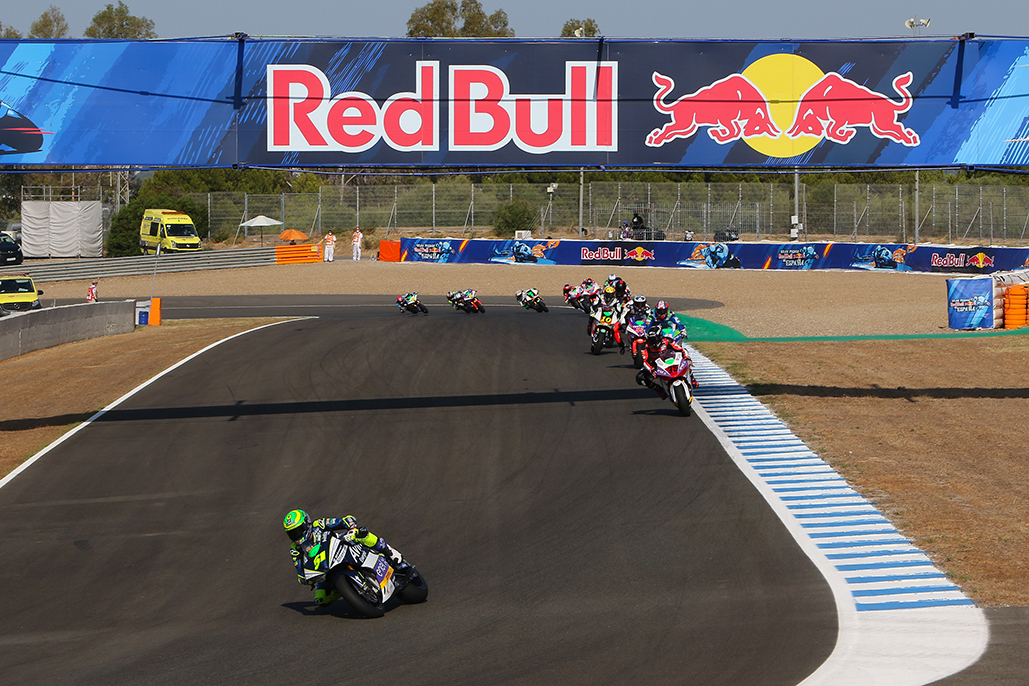 The Brazilian has officially thrown down the gauntlet. Do the grid have an answer?

The first FIM Enel MotoE™ World Cup race saw the electric class spark back into action in style, and none more so than Eric Granado (Avintia Esponsorama Racing). The Brazilian, who started from pole and won with a healthy margin, has now won the last three races in a row stretching back to Valencia last year – whether it’s been a duel to the line or a controlled ride at the front. So is he unstoppable?

At the Circuito de Jerez-Angel Nieto, it certainly seems an ask. Matteo Ferrari (Trentino Gresini MotoE) was the closest to Granado first time out and three seconds adrift, but the reigning Cup winner is no stranger to the long game. Consistency – and two wins – brought him the title last year, and in the first race of 2020 his trademark cool was back. In addition, the Italian had a little more work to do to get into the second place he took home, which could be an important factor. But if Granado doesn’t make a mistake, will that be enough?

Dominique Aegerter (Dynavolt Intact GP), meanwhile, looks like another to watch throughout the season, and the Swiss rider even said in parc ferme that he thinks there’s room enough to improve and try and bring the fight to Granado. It was, after all, the first ever MotoE™ race for the number 77 – and he went from front row to podium, after having topped testing as well. More experience on the bike should only see him get faster…

Lukas Tulovic (Tech 3 E-Racing) was another impressive rookie in the first round as well, with the German rider nearly taking the first E-Pole of the season. And he far from faded in the race, taking the holeshot and opening his FIM Enel MotoE™ World Cup career in P4. Fifth went the way of Mattia Casadei (Ongetta SIC58 Squadra Corse) and he’ll be looking for more pace given his experience, and there were two more rookies whose pockets he picked: Jordi Torres (Pons Racing 40) and Alejandro Medina (Openbank Aspar Team). Given it was their first experience of the category, there should be much more to come.

Xavier Simeon (LCR E-Team) will likely want more after beating Josh Hook (Octo Pramac MotoE) to P8, and Mike Di Meglio (EG 0,0 Marc VDS) will for sure as the Frenchman was a race winner in 2019. He just beat Niki Tuuli (Avant Ajo MotoE) to complete the top ten and Tuuli is definitely a presence so far very much missed at the front. The Finnish rider sat out the latter half of 2019 through injury and although he was back on the podium in the Moto2™ European Championship four times in a row just before the first round of MotoE™, and is second in that Championship, the electric class hasn’t yet seen him at full confidence and firing on all cylinders like his Sachsenring heroics last year. Will the next race be a step forward?

Find out this weekend, with another MotoE™ thriller underway on Sunday at 10:05.