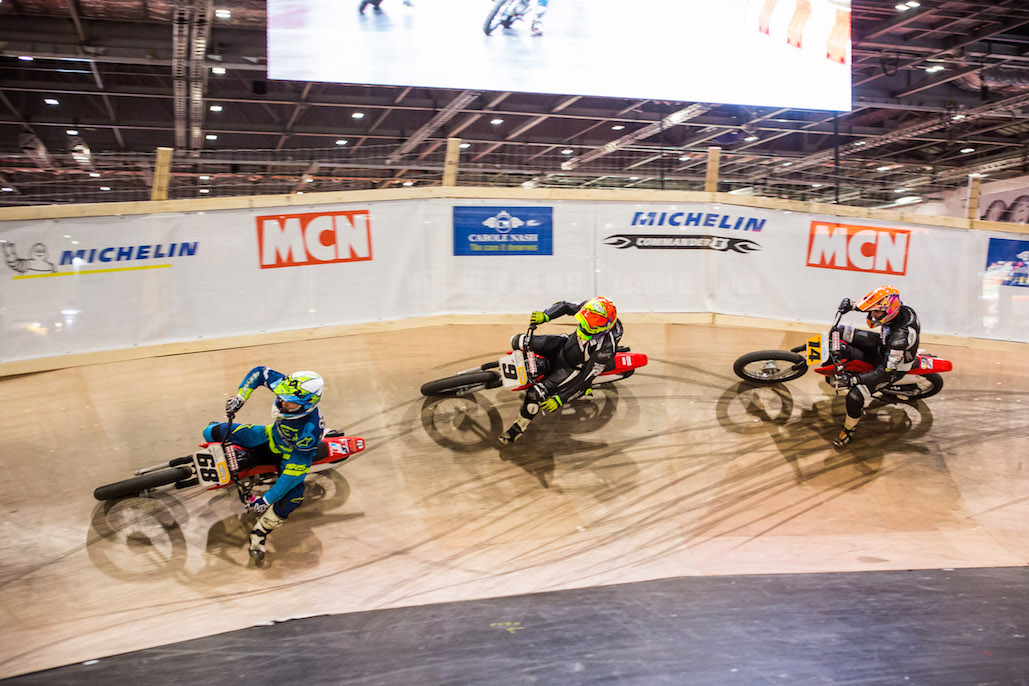 The world’s top motorcycle manufacturers will be taking over the ExCeL Centre in London this weekend as the Carole Nash MCN London Motorcycle Show takes over the capital. Alongside a diverse range of exciting machines, the tens of thousands of two wheel fans passing through the doors will be treated to a celebration of biking with iconic race bikes, cool customs and top race stars going head-to-head in a free live action show.

As the 2019 Carole Nash MCN London Motorcycle Show prepares to descend on the Capital, the world’s most iconic motorcycle brands will be showcasing the very latest machines for visitors to inspect in detail. Confirmed to be in attendance will be AJS, BMW, CCM, Ducati, DucatiScrambler, Energica, Herald, Honda, Indian, Kawasaki, KTM, Lexmoto, Lextek, Norton, Suzuki, Triumph, UM, Yamaha and Zero.

With such a wide array of manufacturers, fans attending the show will be able to see motorcycles and scooters of all kind, including the latest Superbikes such as the 179kg, all-new BMW S1000RR and Yamaha YZF-R1M. With many London motorcyclists using their machines for work, there will be plenty of commuter-friendly machines on display including the brand new Kawasaki Ninja 125, Honda CB125 and KTM 390 Duke. Alongside the 2019 Ducati range, the Italian icons will also be bringing their Ducati Scrambler collection for fans to see whilst CCM will not only be showcasing the Spirtfire Foggy Edition, but bringing Carl Fogarty along to meet fans on the stand and to appear in the arena each day. Retro fans should head to the Suzuki stand to see the all-new Katana; a tribute to the 1980s machine of the same name. Pride of place at Herald will be the new Brute 500 prototype, which has been designed, engineered and built in the UK. Triumph will also be exhibiting the best of British motorcycling by giving the 1200 Speed Twin its UK debut as well as having their Moto2 race bike on display. With the Ultra-Low Emission Zone coming into place in April, clean, eco-friendly transport will be a key mode of transport for Londoners of the future, with Energica and Zero bringing their range of electric motorcycles. Away from the new metal, the Michelin Thunderdrome will be a main attraction as former 500cc Grand Prix champion Wayne Gardner goes head-to-head with the fastest Road Racer in the world Peter Hickman, World Superbike Champion Neil Hodgson, Isle of Man TT winner James Hillier, British Superbike race winner Richard Cooper and young guns Kyle Ryde, Tim Neave and Tarran Mackenzie. Michelin will also be celebrating 70 years of Grand Prix racing with a special collection of iconic machines including two examples raced by Valentino Rossi. Race fans will also be able to relax in TT legend John McGuinness’ pub, with the 23-time winner pulling pints, sharing stories and bringing memorabilia from his personal collection for fans to see. Visitors looking for a bargain will find rare machines up for grabs in the Bonhams Classic Zone, whilst the Custom Cafe Racer Zone styled by Spada will feature world class machines from Europe’s premiere custom builders. Elsewhere, the TomTom Adventure and Travel Zone will be celebrating those intrepid explorers who have traversed the world, bringing some of the biggest names to talk live on stage and share their tips.

Andy Calton, Editor of MCN added, “We’re really excited to be able to confirm 18 of the world’s biggest motorcycle manufacturers will be showcasing their 2019 ranges at the Carole Nash MCN London Motorcycle Show. This means that no matter what style of biking they’re into, visitors will be able to see something especially for them. Alongside the new models, we have a packed itinerary for motorcycle fans young and old so we look forward to welcoming visitors to the ExCeL Centre later this week.”