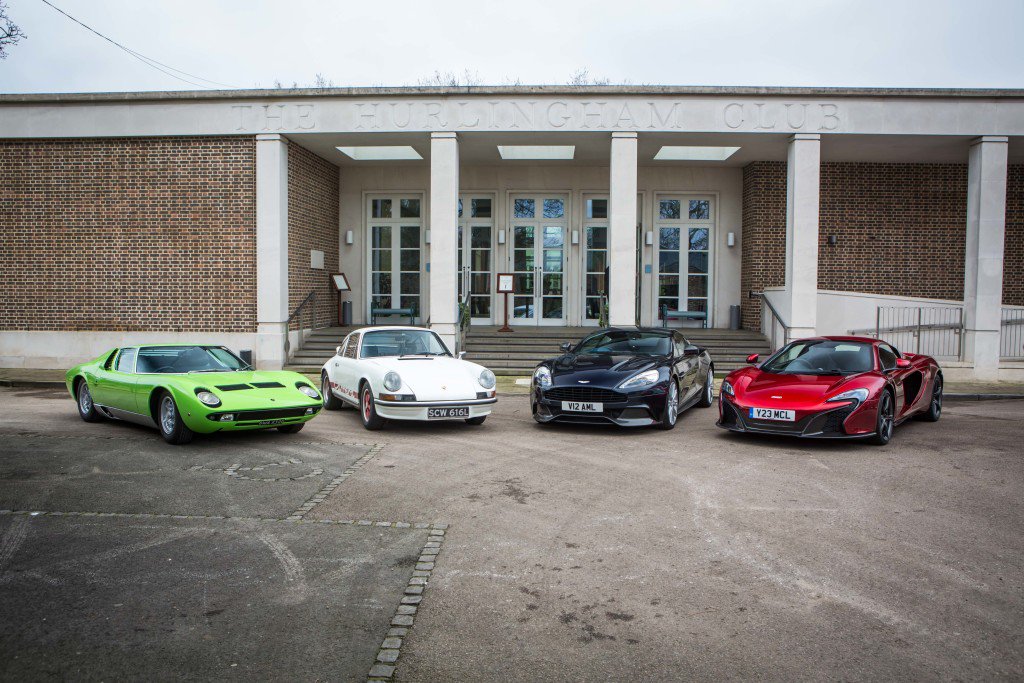 With a firm place on the motoring calendar, the family-friendly Cholmondeley Pageant of Power is one of the most-loved motorsport events in the UK. This year it’s shaking things up with a new name and a host of exciting features including a revised format.

Today at London’s Hurlingham Club, organisers announced that the ninth staging of the Cheshire-based event would be held under a new name encapsulating its roots – Cholmondeley Power and Speed.

Along with the name change, the main theme for 2016 was announced. From 10th to 12th June, visitors will be invited to celebrate supercars past, present and future, such as the 1969 Lamborghini Miura S, 1973 Porsche 911 2.7 RS Touring, 2015 Aston Martin Vanquish and 2016 McLaren 650S present at the launch. From stunning displays to thrilling on track action, attendees will be able to get up close and personal with some of the most powerful, eye-catching and revered supercars and bikes in the world.

The 2016 staging of the event will also feature the inaugural Motorshow Live. Taking place on the Friday of the event, this all-new element of Cholmondeley Power and Speed will give car manufacturers the opportunity to demonstrate their latest models on track while enabling guests to test drive in a unique racing environment.

James Hall, event director said: “Over the past eight years, we have worked to keep our annual motorsport event at Cholmondeley Castle as entertaining, family-friendly and fresh as possible, resulting in record visitor numbers last year. With a racetrack that rewards power and speed, we felt it was time for these key factors to be better represented in the event name and after much thought, Cholmondeley Power and Speed was born”.

“We teamed the new name with a revised format which allows us to offer manufacturers a hands-on experience for their guests, seeing first-hand what makes our track special in some truly great cars. We are sure that this, combined with the on and off-track action, air displays and water activity for which Cholmondeley has become famous, will make 2016 the best and most exciting event yet.”

Additional features and content on land, air and water will be announced over the coming weeks, with all elements of the event once again set against the stunning backdrop of Cholmondeley Castle and its beautiful parkland.