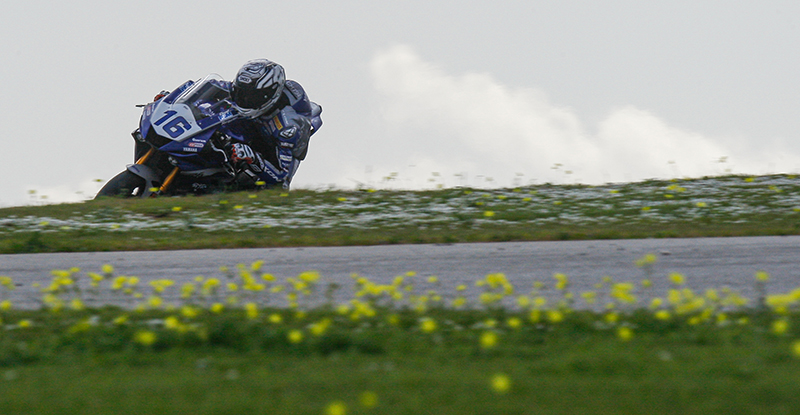 Back in action and raring to go, WorldSSP fired up at the rollercoaster of Portimao with three manufacturers inside the top six.

Cluzel continued his pre-season with good pace in Portugal, with the Portimao circuit proving to be to his liking. Fellow countryman Lucas Mahias was also finding the Portimao track enjoyable, having taken a phenomenal victory in the World Supersport class back in 2018. It is the first time Mahias has been on a WorldSSP bike, with the Frenchman crashing dramatically during Free Practice for MotoE™ in Valencia. Working on suspension settings and refining small details, Mahias was busy on day one. Steven Odendaal was also right in contention, with the rookie taking his Dutch squad into the leading positions, whilst explaining that there was little difference between slick and road tyres.

Italian star Andrea Locatelli (BARDAHL Evan Bros. WorldSSP Team) was fresh off the back of testing at Almeria and was eager to join the other teams on circuit. He continued his adaption to the World Supersport class and placed fourth come the end of day one. Corentin Perolari (GMT94 Yamaha) was up in fifth, also looking to refine small details of his package. Hikari Okubo (Dynavolt Honda) enjoyed his first testing action of 2020 and was sixth, with three manufacturers inside the top six.

Philipp Oettl (Kawasaki Puccetti Racing) was back in action after extensive testing at the Ricardo Tormo Circuit in Valencia, taking to Portimao for the first time. The German rider was fractionally ahead of Jaimie van Sikkelerus (MPM Routz Racing Team), who set as many laps as possible ahead of his first full season on Yamaha machinery. Danny Webb (WRP Wepol Racing) was ninth on his WorldSSP debut, whilst Turkish rookie Can Öncü (Turkish Racing Team) was tenth and the last of the WorldSSP runners and riders.