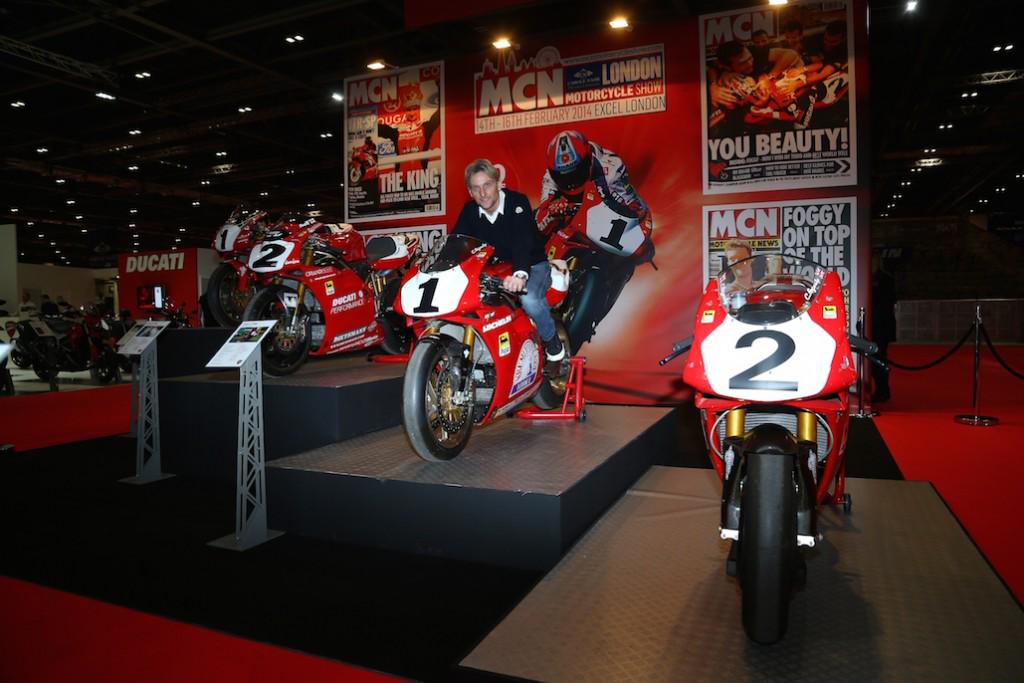 The countdown to the 2015 Carole Nash MCN London Motorcycle Show has begun as manufacturers, stars and fans prepare for the biggest and best show in the Capital. The action packed three days will kick off this Friday at the ExCel Centre in London’s Docklands and run until Sunday February 15.

Alongside the latest, greatest and most wanted bikes of 2015 the Show has scoured the globe to secure NINE of Valentino Rossi’s most famous race bikes creating a world exclusive, once in a lifetime feature.

‘I’m a Celebrity…Get Me Out of Here!’ winner Carl Fogarty, previously better known as the most successful World Superbike racer of all time, “Foggy” will officially open the show on Friday February 13 where he will be meeting his racing fans for the first time since being crowned ‘King of the Jungle’. Visitors will also be able to meet one of the UK’s current MotoGP stars, Scott Redding, who — fresh from his first test of the 2015 season — will be greeting fans and signing autographs throughout Friday.

New for 2015 is the all-new celebrity live-action show, ‘SLIDE’ (in association with Michelin). Visitors will be able to see Isle of Man TT legends and BSB stars battling for race wins as they throw their bike into a slide, lock handlebars and fight for position with inevitable results! Riders include some specialist short trackers plus star names: John McGuinness, James Whitham, Chris Walker and Taylor Mackenzie.

The British Superbike Championship will have their own presence at the Show with new team unveilings, alongside appearances from riders such as four-time BSB Champion Shane ‘Shakey’ Byrne.

This year’s event marks the start of Motor Cycle News diamond anniversary. It is sixty years since the first ever edition of MCN, and in that time it’s grown to become the world’s biggest motorcycling publication. As a special birthday feature MCN will be showcasing some of the most influential bikes from the last sixty years.

Tickets for the show will be available to buy on the door for £20 while children under 15 go free. Bike parking is also free. To find out more go visit: