Popular Australian rider Davo Johnson took his first Mountain Course victory at the end of a dramatic RST Classic Superbike Race. It had seemed that Michael Dunlop was going to be the winner; but he was forced to retire at Hillberry; less than two miles from the finish. Johnson was delighted to win the race; keeping his head down and not waving to Australian fans gathered at Hillberry when he saw that Michael was out of the race. He thanked his team for their support and revealed that by making these bikes quick; they are hard to ride; for twisting the throttle you need to be a Hercules.

The race was held in perfect conditions and led away by last year’s runner-up Horst Saiger. Things did not go well for Horst; the bike was off the pace from the off and became an early retiree. At the first check point at Glen Helen, Michael Dunlop (1100 Suzuki) led by 1.6s from Davo Johnson on the Cowan racing 750 Kawasaki. Gary Johnson (1100 Suzuki) held third, Paul Jordan (750 Kawasaki), Conor Cummins (500 Yamaha) and Derek Sheils (750 Kawasaki) filled the leader board. This showed what an eclectic mix of machinery there was on track for the fans to enjoy.

The leaders matched each other over the mountain section; Dunlop having a lead of 1.931s as he began his second lap. He lapped at 124.868mph; whilst Johnson lapped at 124.647mph. Cummins was now 9.95s down on Johnson; but edging away from Sheils. Dunlop was fastest to Glen Helen; where he was the leader on the road. He had Michael Rutter; whom he had passed on the mountain climb; tucked in behind him and taking the tow; a tactic that had worked well for Rutter in the morning, behind Jamie Coward. Dunlop led by 3.8s from Johnson; with Cummins 9.7s down on Johnson; but now 3.9s up on Sheils. Dunlop was pulling the pin; at Ballaugh, his lead was 5.9s; with Johnson 8.4s ahead of Cummins. Sheils was fourth; whilst Rutter had hauled himself up to fifth.

At Ramsey Dunlop led 8s from Johnson; man on the move Rutter, was up to fourth 2s ahead of Sheils. At the Bungalow the lead 9.1s; Cummins held third but was just 1.3s ahead of Rutter. After a lap at 125.626mph, Dunlop came into his pit with a lead of 8.92 over Johnson (124.825mph). Rutter; with the best lap of the race at 125.628mph had displaced Cummins (124.321mph) from third place by 2.23s. Sheils held fifth and Coward sixth at the half way point. The pit stops made a big impact on positions. Hillier in seventh took just 51s to refuel and go. Johnson was also rapid at 55s; Dunlop’s stop took 65.5s but did include a rear wheel change; Rutter’s took 67s whilst Cummins was the big loser; the thirsty two stroke taking 77s to fill up. This was to ultimately cost the big man a podium finish.

Glen Helen lap 3 and Johnson led the race by 1.7s from Dunlop. Sheils was third 23s down on Dunlop; but only 0.5s ahead of Rutter. Coward and Hillier completed the leader board; Cummins having been relegated to seventh by his pit stop. At Ballaugh; Johnson’s lead was just 0.4s; behind him Rutter had taken third; but it was not to last; he retired 500m down the road at Gwen’s. 7 miles further on normal service had been resumed, Dunlop led by 3.7s; Johnson had 30s in hand over Sheils. Behind him; Coward, Cummins and Hillier were having a great battle and changing places at almost every turn. Dunlop was marginally faster than Johnson on both the mountain climb and descent. As he went over the line flat out to begin the final lap he led by 4.82s. Sheils remained in third; Hillier was fourth, Coward 5th and Cummins sixth; just 10s covered the four of them.

Dunlop set a series of sector fastest times to edge away from Johnson; he led by 7s at Glen Helen; by 9.4s at Ballaugh and starting the mountain climb he led by 11.988s. James Hillier; now benefiting from a tow behind Johnson had moved up to third at Ballaugh. Coward was falling back and ultimately retired from the race at Cronk ny Mona.

At the Bungalow, Dunlop was 13s ahead and seemingly on course for victory; but it was not to be and Johnson swept past his stricken rival to grab victory. Behind them things became very interesting; Hillier was 3.6s ahead of Sheils at the Bungalow; it was 2.2s at Cronk ny Mona; just over a mile from the finish; but at the finish line Sheils had somehow turned that around to grab second place by 1.55s. He was naturally delighted to have taken his first podium finish on the course. Hillier was similarly delighted to be on the podium having thought that sixth would be a great result on the rather outgunned Ducati; his best lap an impressive 124.921mph. Cummins duly took fourth ahead of fellow local Ryan Kneen who rode a storming race. Michael Sweeney completed the leader board; after another fine ride to go with those he produced at the TT and Southern 100. 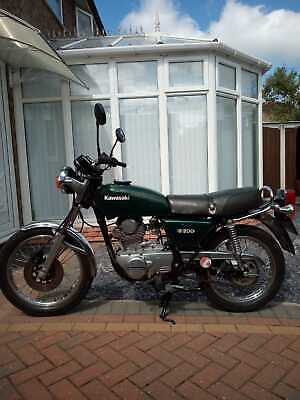 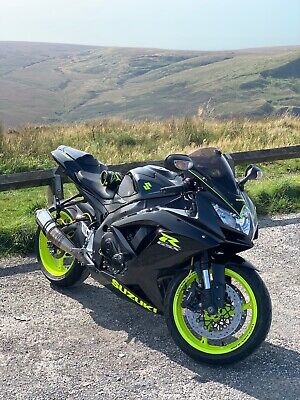