Reigning Bennetts British Superbike Champion Tarran Mackenzie got his title defence firmly back on track at Brands Hatch, celebrating his first win of 2022 before defeating his McAMS Yamaha teammate Jason O’Halloran in a last lap battle in race three to be crowned the Monster Energy King of Brands.

In the second race of the weekend, Mackenzie became the sixth different race winner of the season, as the champion gained momentum after yesterday’s podium as he returned to full fitness following his pre-season injuries.

Mackenzie led from the start but soon came under pressure from local contender Bradley Ray, but after trading blows, the McAMS Yamaha rider emerged ahead and pulled the pin to break the pack by 1.163s at the chequered flag.

O’Halloran fought his way into second place and was able to hold the position to the finish, fending off the challenges from Tommy Bridewell who returned to the podium for Oxford Products Racing Ducati.

Ray had to settle for fourth place, which meant he relinquished the lead in the standings to O’Halloran with Leon Haslam completing the top five for the VisionTrack Kawasaki.

The fight for the Monster Energy King of Brands title went down to the wire in race three as the McAMS Yamaha pairing went head-to-head all the way to the chequered flag to claim the most points of the weekend.

Mackenzie got off to a flying start but ultimately it would come down to the final corner of the flying lap that would decide the winner, with just 0.037s separating the defending champion Jason O’Halloran after a final dogfight to the finish.

It was another incredible race-long battle between the McAMS Yamaha teammates, but at the start, the rider carrying the number one plate had Ray and Glenn Irwin in close contention.

Glenn Irwin was on a charge and the Honda Racing UK rider dived into the lead with a brave move at Paddock Hill Bend as Mackenzie and Ray fought for the advantage.

Ray had moved into second by lap five, but as he went for the lead at Paddock Hill Bend two laps later he ran in hot. He was forced to take a wider line and that handed the position back to Irwin and gave O’Halloran the opportunity to move ahead as Mackenzie was shuffled back into fourth.

Ray moved back into second, but O’Halloran fought back as the pair traded blows for the position. However, Mackenzie was waiting in the wings and he soon eased Ray back into fourth. The McAMS Yamaha teammates then began their battle for second place as Irwin held the lead.

O’Halloran was holding off his teammate when he made a move on Irwin; firing ahead at on lap 13, but soon Mackenzie had also forced the Honda Racing UK rider back a place into third.

By lap 15, Mackenzie hit the front of the field, launching ahead and then he had to withstand the pressure from his teammate over the final four laps.

It inevitably came down to a last lap shootout between the pair and O’Halloran tried to make a pass into Clearways for the final time and edged ahead briefly. The extra speed put him slightly wide and then it was a drag to the finish with Mackenzie just having the edge at the flag from O’Halloran.

Irwin meanwhile recovered to third after a difficult start to the weekend to add to his podium tally, ahead of Ray and Bridewell who battled for fourth place over the closing stages of the race.

Mackenzie’s performance now means he moves into the all-important top eight in the standings, whilst O’Halloran has a ten-point advantage over Bradley Ray in the leading position. 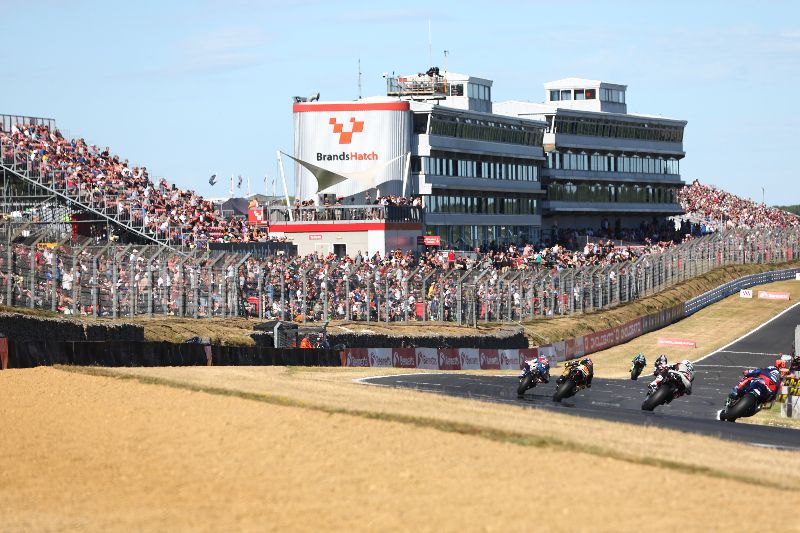 Tarran Mackenzie
McAMS Yamaha
“The goal this weekend was to try and finish on the podium and be back running up front. We started Friday strong and it’s just had a bit of a snowball effect over the weekend – it’s just been getting better and better and better!

“That final race was just hectic, it felt like we were never going to get past Glenn! I knew it just took one person to pass him and then we could maybe all go, but we were all fighting to get behind him.

“When Jason passed him, so did I and at that point I think I didn’t even watch my pitboard I just focused on Jason. I got into the lead and wanted to make sure I was in front.

“On the last lap I did my best in sector one so he didn’t come by. I know he’s strong into Stirling’s so I went defensive and I braked so deep into the last corner! The forks went metal to metal like bounced back and poked me in the eyes and then he came flying by. I thought ‘there’s no way he’s stopping that’ and to be fair to him, if I hadn’t have just driven underneath him I think he probably would’ve got it.

“I was completely sideways, the limiter lights were on, I was shifting and then because the start finish straight is banked, if you’re at the top you can get a run down. I could feel him coming towards me and I could see a wheel.

“It was just a hectic, stressful last 10 laps with me and him. It was probably some of best, most clean racing I think out of all of us.

“It’s just a great feeling for everyone and to be Monster King of Brands as well two years running is really nice and I’m going home happy.”
For more info check out our dedicated British Superbikes News page 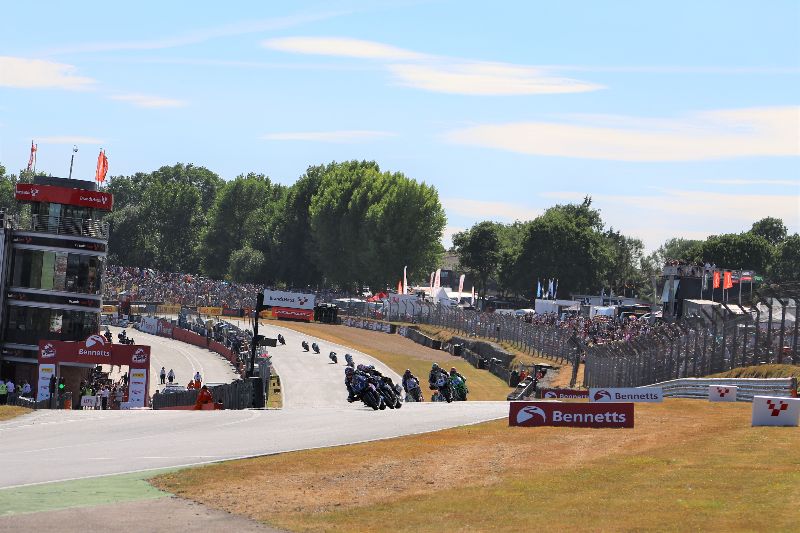