A Red Flag for a dramatic incident at Turn 3 saw the MotoGP™ race re-started, with the Italian then able to pull clear for Ducati‘s 50th premier class win – ahead of Mir and Miller.

Andrea Dovizioso (Ducati Team) played his cards and his race to perfection in the myWorld Motorrad Grand Prix von Österreich, overhauling an early lead for Jack Miller (Pramac Racing) to take over at the front and then pull the pin for Ducati‘s 50th premier class win – keeping the marque’s 100% record at the Red Bull Ring intact. Miller looked set to take second until the last two corners, with the Australian then heading ever-so-slightly wide and having his pocket picked by Team Suzuki Ecstar’s Joan Mir. The Spaniard therefore took second and was on the premier class podium for the first time.

The headlines were dominated, however, by an earlier incident that brought out the Red Flag. On the initial start, Miller got a great launch from P2 and it was the Ducati rider who grabbed the holeshot, with Maverick Viñales (Monster Energy Yamaha MotoGP) also getting away well to slot into P2 from pole. Dovizioso was a fast starter from P4, with Fabio Quartararo (Petronas Yamaha SRT) dropping back. Then Pol Espargaro (Red Bull KTM Factory Racing) chipped away and got himself to the front, before Quartararo then ran off track at Turn 4 to drop to the back of the pack on Lap 6. Espargaro, Dovizioso, Mir, Miller and Miguel Oliveira (Red Bull KTM Tech 3) were leaving the rest behind, but the incident for which the race will also likely be remembered then unfolded at the Turn 3 braking zone, bringing out the red flags.

Franco Morbidelli (Petronas Yamaha SRT) and Johann Zarco (Esponsorama Racing) were almost side by side on the straight, and as they got on the anchors into Turn 3, the duo came into contact and both went down. What unfolded next was terrible luck followed by incredible luck. Zarco and Morbidelli’s bikes careered towards Turn 4 and both bikes hit the air-fence, thankfully slowing them down, but the speed of the crash was such that the machines headed into the path of the riders that were coming into and out of Turn 3. Viñales and Valentino Rossi (Monster Energy Yamaha MotoGP) were the two in the firing line and somehow, the two errant bikes missed the two factory Yamaha riders. Morbidelli’s bike shot through the gap between Viñales and Rossi, missing the nine-time World Champion by a matter of inches, with Zarco’s bike narrowly avoiding Viñales.

The debris and aftermath brought out the Red Flag, with Zarco on his feet immediately and going to check on the stricken Morbidelli. The Italian was up initially but then taken away on a stretcher to be checked over. Ultimately, both headed for the Medical Centre and incredibly, both were declared fit and were not injured. A crash the scale of which will ensure it’s remembered forever, and thankfully everyone walking away unscathed.


As the dust settled, the track was cleared and race restart prepared. This time it would be Pol Espargaro on pole, leading as he had been just before the Red Flag incident happened. As the lights went out, the KTM rider got a very good getaway but Miller came flying up the inside from P3, the Aussie running wide but was able to use the drive down the long straight to hold his advantage. Pol Espargaro was back through at T3 but Miller was trying to pull the pin from the off, and the Australian took the lead at Turn 6 and immediately got the hammer down.

Meanwhile, the opening lap on the restart was a nightmare for Viñales, who slipped to last place, with pitlane reporter Simon Crafar confirming after the race that the number 12 did have some sort of issue on his YZR-M1. And what about Quartararo? Starting from the back of the grid but at least on the pack after his earlier run off in the abandoned race, the Frenchman had started making up places but for the top two in the Championship, this was now all about damaged limitation – P16 and P20 was the situation for Quartararo and Viñales on Lap 1.

By Lap 3, Miller was nearly a second up the road from Pol Espargaro, Dovizioso, the two Suzukis and Oliveira. Mir and Alex Rins were looking very strong after making great starts on their GSX-RRs, and the duo – along with Dovizioso – were swarming Pol Espargaro. Lap 4 saw then Miller’s lead creep up to over a second but on the next lap, Dovizioso set the fastest lap and it appeared a pin was about to be pulled. Just behind the Italian, Espargaro had his hands full with the two Suzukis too, the trio exchanging positions like there was no tomorrow and losing time on Dovizioso. Rins eventually made a move stick though, and the 42 bolted off to chase the Ducati Team machine.

Further back, Quartararo had made it into P13 and Viñales was still out the points, but back at the front, Miller’s lead was down to just 0.4 as Dovizioso and Rins reeled in the Pramac. That left Pol Espargaro, Mir and Oliveira over a second off the podium scrap, and Espargaro looked like he was getting impatient as a potential race win was slowly slipping from his grasp. Then, on Lap 9, catastrophe struck for KTM at their home race. At Turn 4, Espargaro and Oliveira were both down, Oliveira heading up the inside and Espargaro cutting back across, contact ensuing.

Ahead of that, Miller’s advantage was no more. Dovizioso and Rins were right on the tail of the GP20, with Mir clawing back the gap after the two KTMs crashed as well. At Turn 6, Rins was almost down as the front of his machine tucked, but the Spaniard saved it. Then we had a change for the lead. Dovizioso carved past Miller into Turn 1 and then, at Turn 9, Rins followed the Bologna bullet through. It wouldn’t last long though, as the Suzuki rider’s race then prematurely ended at Turn 6. A repeat slip of the front tyre couldn’t be saved this time as Rins swept up the inside of Dovizioso, but then slid out. A four-way battle for the race win became three: Dovizioso vs Miller vs Mir, with Brno winner Brad Binder (Red Bull KTM Factory Racing) over two seconds back in fourth but the South African producing another fine Sunday ride.

With seven laps to go in Spielberg, there was nothing between the leading three, and Rossi and Takaaki Nakagami (LCR Honda Idemitsu) were chasing Binder, as Championship leaders Quartararo and Viñales remained down in 8th and 13th, although Viñales was the fastest man on track. With five to go, Dovi then really started edging clear of Miller, and with four to go, the Italian had pulled almost a second out. The Australian held firm in second, but Mir was climbing all over the back of the Desmosedici…


Coming onto the last lap, barring a mistake, the race was Dovi’s. But who would take second? Miller was defending as hard as he could to make it a Ducati 1-2 and it looked like he was going to be able to do it. Heading into the penultimate Turn 9 though, Miller’s defensive line took him wide on the exit and Mir swept through to steal that second place, denying the Australian as he took his first MotoGP™ podium on the second step. Dovi took the chequered flag just ahead of them to claim his third Red Bull Ring victory, and Ducati‘s 50th MotoGP™ win.

Binder, after qualifying 17th, finishes P4 at KTM’s home race on his first visit to the Red Bull Ring on a MotoGP™ machine, the South African putting in a performance of pure class once again. Fifth went the way of Rossi, who came out after the scare of his life like nothing had happened – true testament to just how superhuman the riders are – and ‘The Doctor’ finished as the lead Yamaha rider. Nakagami picked up a solid P6 just behind as the leading Honda.

Danilo Petrucci (Ducati Team) crossed the line seventh to finish just 0.036 ahead of Championship leader Quartararo, but it was a great damage limitation job done by the 21-year-old who salvages eighth. 1.5 seconds behind Quartararo was Iker Lecuona (Red Bull KTM Tech3) who secures his best premier class result in P9; a top job by the rookie who will have a significant boost of confidence heading into the Styrian GP next weekend.

Viñales also did well to recover to P10 after his issues in the restarted race, and it’s not what either Viñales or Quartararo would have been looking for from the front row but considering what unfolded, it was the best they could do. Quartararo’s gap has been closed down to 11 points in the title fight though, with Dovizioso now overtaking Viñales in the Championship. The Frenchman and the Spaniard will both be hoping for better fortunes in seven days’ time.

After a little history is made, the title fight gets another shake and some serious drama in Spielberg, it’s now time to reset and reload to attack the Red Bull Ring once again next weekend in the Styrian GP. Thankfully and most importantly, with everyone ok after that huge crash, and thoughts all with those who were involved in the scary incident.

Andrea Dovizioso: “I’m more surprised by the comeback after Brno, the feeling was so bad and in my mind I didn’t have any clear idea of what to change. But from the experience in the last few years, it was the work we did on small details and on my riding style more than changing the bike like everyone normally does.

“And we started again. In the way I was approaching the braking, the rear tyre changed a lot of things and from the first practice I was able to brake a bit further and that gave us the possibility to be near, working in a normal rhythm and then win the race.” 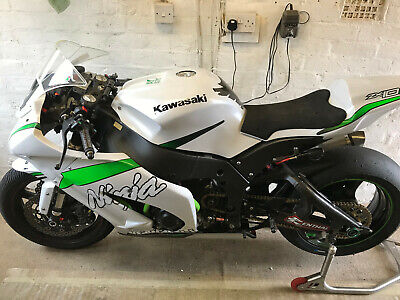 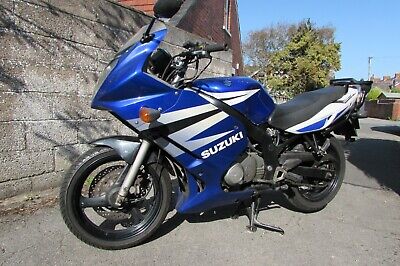 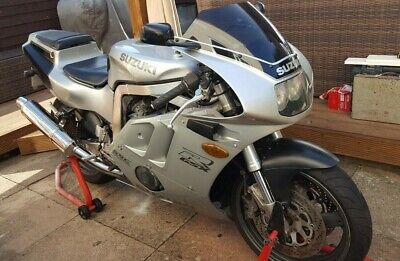 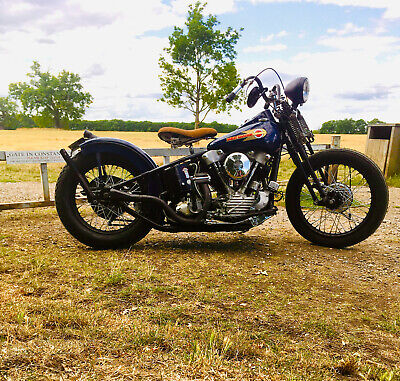 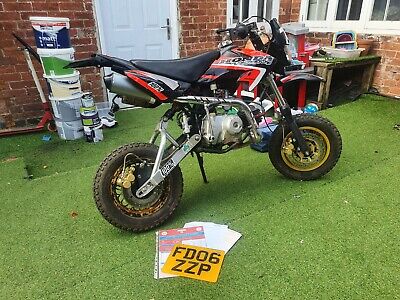