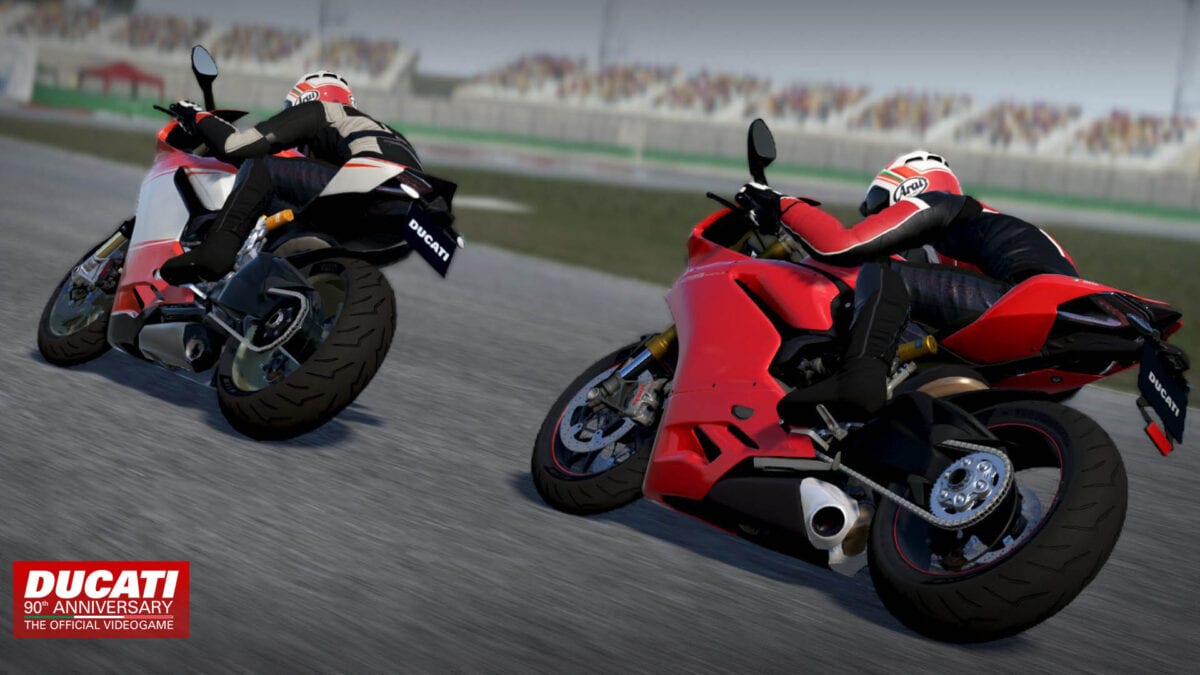 The game, available for PlayStation®4, Xbox One® and Windows PC/STEAM™, will be in shops from June at Gamestop Italia outlets and in digital stores.

“Ducati – 90th Anniversary The Official Videogame” comes from the creators of RIDE and Ducati passion itself, and is a true spin-off, entirely dedicated to the historic Ducati brand and presenting ninety years of motorcycle legends in a spectacular and exciting videogame.

The latest title from Milestone Studios boasts extensive content. The bikes themselves of course, with 39 different Ducati models included in the game, 29 of which have never before been seen in this context, divided into 7 eras, from the 1950’s to the latest, high-performance Bologna-built bikes. You can race with the legendary 125 Desmo (1958) or with the 500 Pantah (1970), the beautiful 750 F1 (1980), but also with the first Monster 900 (1990) or the various evolutions of the “naked” par excellence, such as the high-performance Monster S4RS Tricolore. The Superbikes had to be incorporated of course and include the 848 (2000) and the highly exclusive 1199 Panigale Superleggera (2014), as well as the Desmosecidici GP15 ridden by Andrea Dovizioso and many Ducati production milestone models.

You can compete on 5 road tracks (Stelvio Park, Kanto Temples, Sierra Nevada, French Riviera and North Wales) and on 8 faithfully reproduced racetracks (Imola, Potrero de Los Funes, Alméria, Road America, Magny Cours, Donington and Sugo). Also part of the game, the track that is dearest to the Ducati fans, the Misano World Circuit “Marco Simoncelli”, the setting for so many legendary races, but also for the nine editions of World Ducati Week, the famous gathering that, every two years, brings together Ducatisti from all over the world.

Ducati is all about passion, but also history, and it is here that the Museum comes into play, included in a racing videogame for the very first time. A space entirely dedicated to those fans and enthusiasts who wish to discover all the technical and historical details and interesting facts that have made each of the bikes so famous, bikes that have contributed to writing the best and most unforgettable pages of Ducati’s history.

Ducati and Milestone are on Facebook http://www.facebook.com/ducati90thanniversary and have an official YouTube channel http://bit.ly/Ducati90thAnniversaryVideogame. Check hashtag #DucatiVideogame or visit the site www.ducati.ridevideogame.com