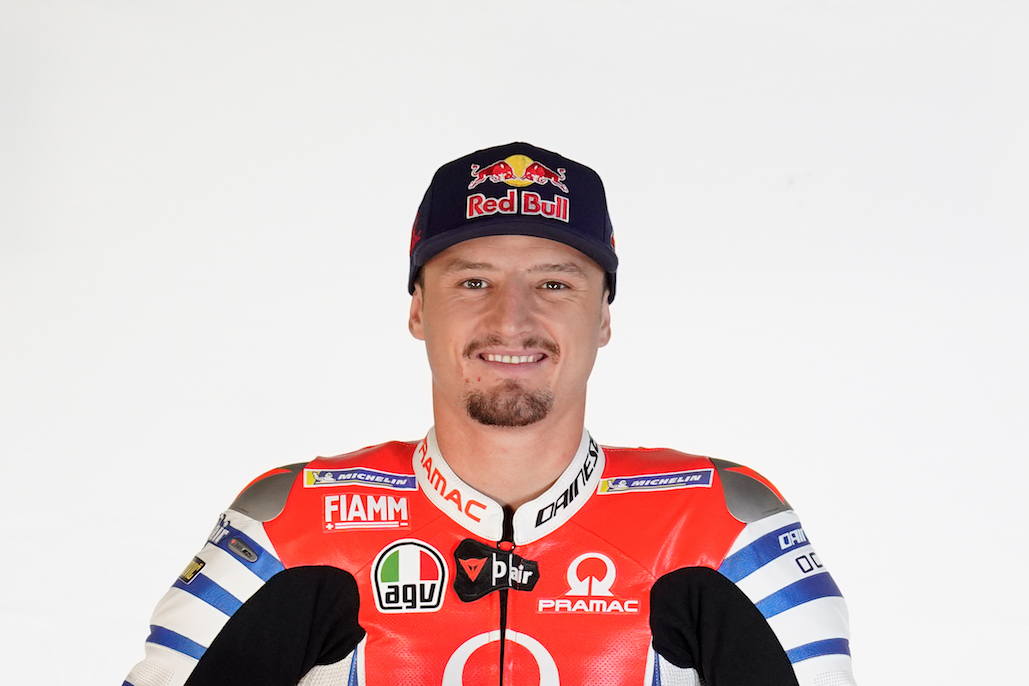 Ducati Corse is pleased to announce the name of the four Ducati’s official riders for the 2021 MotoGP World Championship. Francesco Bagnaia will join forces with the official team alongside the already confirmed Jack Miller. At the same time, Johann Zarco and Jorge Martín will defend the colours of the Pramac Racing Team for next season.

Francesco “Pecco” Bagnaia, Moto2 World Champion in 2018, made his MotoGP debut last year with the Ducati Desmosedici GP bike of the Pramac Racing Team and has shown this year ever-increasing competitiveness, fighting for the podium in several GPs. In 2021, the 23-year-old rider hailing from Piedmont will join his current teammate Jack Miller in the Ducati Team, who is in his seventh season in the premier class.

Jack Miller, 25 years old, Australian rider from Townsville, made his debut in the World Championship in 2011 in the 125-cc class. After fighting for the Moto3 World Title in 2014, he stepped up straight to MotoGP in 2015 competing in 93 races in the category and for the last three seasons with the Pramac Racing Team.

The two new riders of the Pramac Racing Team have three World Titles overall together. Johann Zarco, a 30-year-old French rider, won the Moto2 World Title in 2015 and 2016 and this year he is competing in MotoGP with the Ducati bike of Team Esponsorama, with whom he took pole position and a third place in the race in Brno. With him, in the Borgo Panigale factory-supported team there will be a rookie in the category, Spaniard Jorge Martín, 22 years old, 2018 Moto3 World Champion in his current second season in Moto2.

All four official riders will ride the latest version of the Desmosedici GP bikes with same technical specifications.

Claudio Domenicali, CEO of Ducati Motor Holding: “Racing is an evolving advanced technology incubator that is a fundamental part of our company. It is essential to continue to invest in research and development and not to be afraid to innovate and renew to be successful. That’s why I am thrilled with the inclusion of young and talented riders who make us look to the future with optimism and a constant desire to improve. Jack Miller and Pecco Bagnaia have shown this year that they can take advantage of the potential of our Desmosedici GP bike and have earned this opportunity. Their transition to the official team from the Pramac Racing Team, where they both grew up, is proof of the efficient collaboration that binds us to the team of Paolo Campinoti, which I would like to thank. I am sure that next year his team will be able to make the most of the talent of the two new riders Johann Zarco and Jorge Martín. Now, however, we are focused on the current season, because we want to get the best possible results with our two riders: Andrea, who in these eight years with us has been runner up in the World Championship for three consecutive years, won 14 GPs, thus becoming the most successful Ducati rider after Stoner, and is still in the fight for the world title this year and Danilo. Danilo, who is working hard to get back to fighting for the podium. Together with them, we will do everything to conclude our beautiful adventure together in the best possible way”.