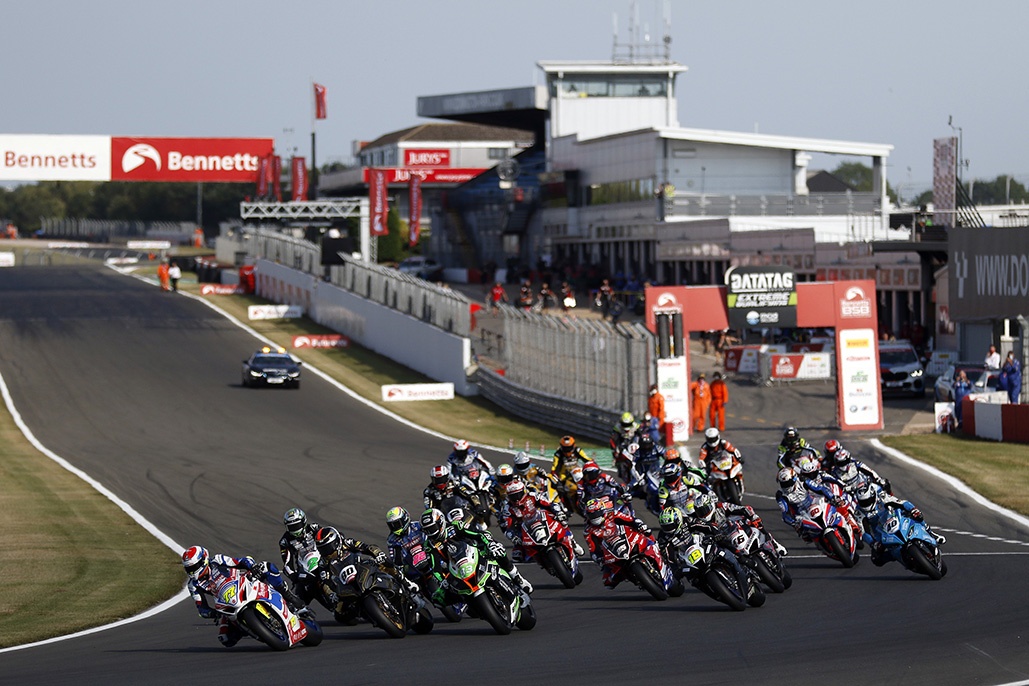 Eight different race winners but who will be crowned Monster Energy King of Donington as title fight intensifies?

Six rounds now remain in the battle to become the 2020 Bennetts British Superbike champion and, with eight different race winners already this season; the competition is as fierce as ever ahead of Donington Park’s rounds this weekend (October 2/3/4).

Glenn Irwin had his lead drastically cut at Oulton Park and now only holds a narrow two-point advantage in the title chase. The Honda Racing rider will be bidding to regain the advantage that was lost in Cheshire, but faces tough competition with just 12 points now separating the top four contenders.

The leading protagonists are focused on the title battle, but there is another prize to fight for this weekend. The Monster Energy King of Donington trophy has been recreated, and will be presented to the rider with the largest number of points after this weekend’s three rounds.

First in line to overhaul Glenn Irwin at the top is McAMS Yamaha’s Jason O’Halloran, who was the latest different race winner in 2020 at Oulton Park, doubling up on victories to launch himself to second in the standings ahead of this weekend.

A further eight points adrift of O’Halloran is Josh Brookes who leads the VisionTrack Ducati attack after the 2015 champion hit back in winning style to return to the top step of the podium in the final race of the weekend at Oulton Park. Brookes’ win puts him just ahead of his teammate Christian Iddon with the pair separated by two points ahead of this weekend.

As was proven at Oulton Park, the order can change drastically and someone who is keen to take advantage is Tommy Bridewell. The Oxford Products Racing Ducati rider holds fifth place in the standings and knows a resurgent performance this weekend will be key to his title hopes, at a circuit where he was victorious earlier in the season on the National configuration.

Tarran Mackenzie and Kyle Ryde are next in the standings ahead of the weekend with the pairing both hoping to replicate their race winning form from earlier in their campaigns as the Donington Park event is the home round for Mackenzie and also for Ryde’s Buildbase Suzuki team.

Just five points further adrift of Ryde is 2020 Bennetts BSB’s tenth different podium finisher, Lee Jackson. The Rapid Fulfillment FS-3 Kawasaki rider claimed a third place last time out and is now eager to maintain that momentum. Likewise, his teammate Danny Buchan was a double podium finisher at Oulton Park and the pair will be determined for a repeat performance this weekend.

Jackson holds a ten-point advantage over Andrew Irwin; the double race winner from the first visit to Donington Park to open the season and the Honda Racing rider will be anticipating a strong performance this weekend.

The BMW teams will also be hopeful of a bigger points haul this weekend with Bradley Ray currently heading the way for SYNETIQ BMW. However, Rich Energy OMG Racing BMW’s Héctor Barberá will be hopeful that circuit knowledge could work in his favour this weekend and multiple IDM Superbike and 2018 European Superstock champion Markus Reiterberger joins Peter Hickman at Global Robots BMW, to make his Bennetts BSB debut.

Glenn Irwin (Honda Racing)
Championship leader
“I was really content with the last race at Oulton Park and the boys made some really good improvements with the bike. I felt that the third race at Oulton Park was one of my best races I have rode this year, so that gave me confidence that we hadn’t suddenly went off the boil. I wouldn’t use the phrase that we struggled, as that wouldn’t be the case, but it proved to be a more difficult weekend.

“I think going back to Donington with the test we did there last week, the improvements we made will definitely help, so it is nice knowing that the areas we needed to improve we have, and we will continue to work harder. It was a successful test so confidence is high, the Honda is capable of performing this weekend, I’m capable and we have to!

“I am confident. I can’t go and say I am going to win, but what I can say is the championship is close and I would like to go to Brands Hatch with obviously a lead to start with, and a bigger lead than what we currently have now.

“I think we need and want to do that, and being at a track where I think we realise that we can do that with our package is important and there is no reason why we can’t perform at a high level. Obviously our opposition can bring their A game as well, which can always make things difficult but that’s where we are. The weather could throw some variables as well, so that will be exciting.”

Jason O’Halloran (McAMS Yamaha)
Second in the championship standings
“Oulton Park was a huge weekend for us; I didn’t realise Glenn was out of race two until afterwards and that gave us 25 points straight away. I looked at race one and I had something like 15 points back on him. I was thinking if I could win the next couple and he finished in a similar position to where he was, then I would have been near enough equal anyway, so it was a bit of a bonus to get some of those big points back on Sunday morning.

“BSB is hard; we have seen it so much this year with guys who are winning races one weekend and then outside the top ten the next – it is a difficult championship. I have had a lot of podiums now, a couple of wins and I am going to the Donington Park with the attitude that we need to maximise the package we have, and out of myself and then we should be battling for the podium and wins.

“Tasting the victory at Oulton Park, you never forget the feeling, it is the feeling that keeps you going for all the times that you don’t win, but when you get it back, you want more of it. I am going to Donington Park to win, I feel like we have the speed and the ability to do that. That is what we are there for and I definitely want to be on the podium and winning races again.”