Young Rocco Landers had quite the day at the Ridge Motorsports Park. For starters, he crashed and destroyed his Liqui Moly Junior Cup bike only hours before the race at over 100 mph during practice. But he put that behind him to ride a rebuilt bike to victory in the race, then followed that up with a second victory in the Twins Cup class that brought a close to the first day of racing at the Ridge.

HONOS Kawasaki’s Richie Escalante, meanwhile, won his eighth Supersport race out of nine starts, the runaway championship points leader stretching his advantage to 55 points over his rival Sean Dylan Kelly after a thrilling race that kicked off the opening day at the Ridge.

Saturday’s first race of the day was arguably the best Supersport race of the season thus far. The three frontrunners, HONOS Kawasaki’s Richie Escalante, M4 ECSTAR Suzuki’s Sean Dylan Kelly, and Celtic HSBK Racing Yamaha’s Brandon Paasch had a battle royale with lots of close passing (sometimes even making contact) and swapping positions multiple times within single laps of the event. The Ridge’s twisty and technical configuration favors aggression over subtlety, and the three combatants at the front did not shy from the challenge.

As the laps wound down, Escalante took the lead and, surprisingly, was able to stretch out a significant gap, taking the checkers by nearly three seconds over second-place finisher Kelly, who escaped the clutches of a very determined Paasch, the Yamaha rider completing the podium in third.

“This track is very difficult to pass,” Escalante said. “So, the first laps never feeing the best. Always when the tire starts to be used, we have more feeling. Of course, with the first laps it’s not easy. It’s only two days in this track so I need to learn something. So, during the race behind Sean and Brandon I was learning some lines and some things different. So, for sure I improve. Always when the gasoline start to go lower and the tires are being used, it’s really good to ride. I’m really happy. My team is working really good. All the HONOS Racing Kawasaki team gave me the best package this year. So, for sure very good to win eight races. I know the bike is bigger (displacement) so I don’t think is the big difference. So, I think some corners I have the feeling to pass outside with no brake and no throttle. So, of course, it’s bigger, but I don’t think it’s a big change. Right now, it’s winning, and everybody starts to say something. I’m happy. I think we’re working really hard during the pre-season and during the season. For sure, I’m ready to win more races, and win the championship. I think this is not my big problem. I think this is the greatest ZX-6 so I take the opportunity. Something new for me. Everything working and I’m really happy. Thanks all the sponsors for supporting me. I’m ready for the next race.”

Prior to Saturday’s Liqui Moly Junior Cup race one, in the morning’s final qualifying session, Rocco Landers earned the pole position, but he destroyed his Norton Motorsports/Ninja400R/Dr. Farr/Wonder CBD Kawasaki in the process. Landers’ father and his crew built virtually a whole new bike for the afternoon’s race, and the younger Landers used it to good effect, winning his third race of the season in defense of his 2019 championship.

Celtic HSBK Racing Kawasaki’s Sam Lochoff gave Landers all he could handle, though. The South African rider led the race and kept Landers in check for a while, until Landers found a way to the front. Third place went to BARTON Racing Kawasaki rider Dominic Doyle, also from South Africa. Doyle rode a quiet race, especially towards the end, to complete the podium.

When asked about what it took for Landers’ father and crew to get the bike ready for the race after his crash in final qualifying, Landers said, “It was a ton of work. It was about a 100-mile-an-hour crash. I tucked the front in turn 11 this morning in qualifying. The bike was bent, totally destroyed. Came back. Built a new bike for me. Put everything back together. Got everything to go. Kept a smile on his face. Helped me feel better myself. All weekend, it’s been me or Sam (Lochoff). I’ve just been having a lot of fun up at the front. Also, a huge thank you to Mithos and HJC for keeping me safe in the big crash this morning. It was a fun race. That battle with Sam was awesome. I really enjoyed it. Thank you so much to Wonder CBD, Dr. Far, Ninja400R.com, Norton Motorsports, Dunlop and everyone else who helps me.”

Twins Cup was the final race of the day on Saturday, and the event was red-flagged twice due to on-track incidents, neither of which resulted in serious injuries. SportbikeTrackGear.comRoadracingworld.com Suzuki rider Rocco Landers, who won the afternoon’s Liqui Moly Junior Cup race, notched his second victory of the day with the win in Twins Cup.

Landers had an easier time getting the win in the Twins class than he did in the Junior Cup race, the Oregonian taking the checkers by more than seven seconds over 1-833-CJKNOWS Accident & Injury Law Yamaha rider Kaleb De Keyrel. Third place went to Syndicate Racing/Apex Assassins Yamaha’s Jason Madama, who trailed De Keyrel across the finish line by almost the same seven-second gap that Landers had over De Keyrel.

“Since Thursday’s test, we’ve been able to get some good pace and stuff,” Landers said. “I feel like it’s just small hiccups here and there that are preventing us from leading the championship. My SportBikeTrackGear.com Suzuki team has been working super hard and making the bike awesome. It felt great out there. My chassis mechanic, Christian, my crew chief, Thomas, worked super hard. Thanks to John and Chris Ulrich at Road Racing World and Sport Bike Track Gear for making this program happen. It’s fun to come out here every weekend and race some Twins Cup.” 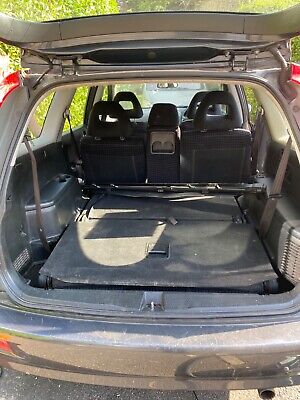 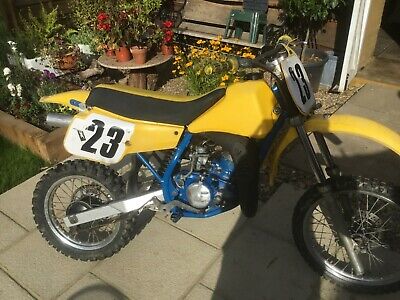