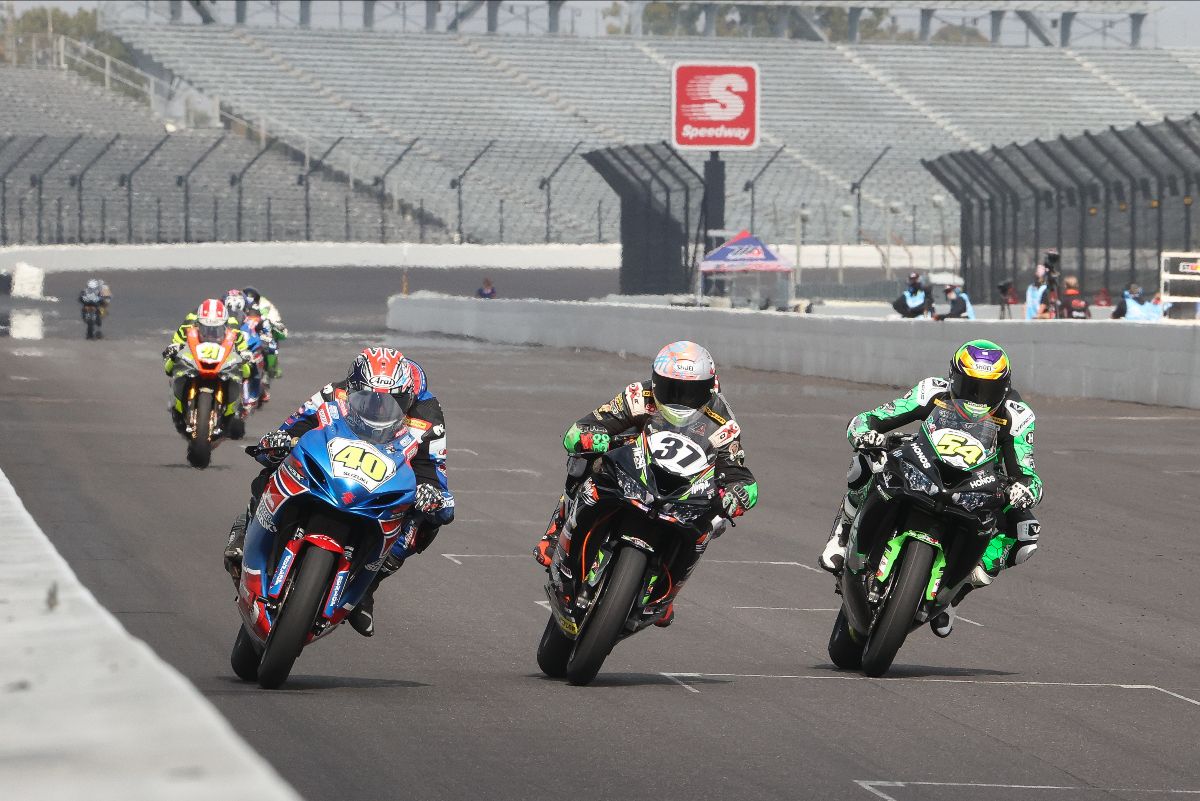 Richie Escalante became the first Mexican to win an AMA National Road Racing Championship when he wrapped up the 2020 MotoAmerica Supersport Championship on Sunday at Indianapolis Motor Speedway after another perfect weekend on his HONOS Kawasaki. The victory was his 13th of a near-perfect season for the 25-year-old.

“I’m really happy, especially this year when start the year I know (HONOS Kawasaki team principle) Humberto (Baca) tried to give me the best package, the best mechanics, the best crew chief,” Escalante said after wrapping up the title. “So, thanks to all my team to give me the best bike, and my crew chief, my mechanic. All the people who support me and my team. This is why we had an almost perfect year, 13 wins. I’m very happy. It’s a pleasure to race with Sean (Dylan Kelly) and Stefano (Mesa) and all the young riders, very talented. I’m very happy to race with these guys and every race try to push and give you my best. I’m very happy. One more race (weekend) in Laguna, so keep working to try to finish the season on the top.”

Rocco Landers, meanwhile, was the only other winner on the Sunday at The Brickyard featured two HONOS Superbike races, the Supersport race and a Liqui Moly Junior Cup race.

With his 13th race win of the season, Escalante clinched the 2020 Supersport Championship in Sunday’s race two in style. Escalante completed another perfect weekend with wins in both races, and he did it in his usual fashion of surviving the early-lap onslaught of his competitors, persevering, and running fast laps all the way to the finish line.

On Sunday, he withstood challenges from M4 ECSTAR Suzuki’s Sean Dylan Kelly, who crashed out of Saturday’s race, and MESA37 Racing Kawasaki rider Stefan Mesa, who this weekend added the Supersport class to his usual repertoire of competing in Stock 1000. Kelly and Mesa threw everything they had at Escalante, and Kelly even led the race in all but one of the opening five laps, but then, Escalante established himself at the front and took the win by a little more than a second over second-place finisher Kelly. Mesa worked his way into second place on lap four and five, then Kelly overtook him, and Mesa brought it home in third place to complete the all-Latino podium.

The Norton Motorsports/Ninja400R/Dr. Farr/Wonder CBD Kawasaki rider started from the pole, got the holeshot, and led all but the second-to-last lap to take the checkered flag by a scant .157 of a second over BARTCON Racing Kawasaki rider Dominic Doyle.

The South African put in a strong performance and got even stronger in the final couple of laps when he took the lead on lap 10 of 11 and very nearly had the measure of Landers. Doyle came up just a little short and had to settle for second place.

Third place went to Celtic HSBK Racing Kawasaki’s Sam Lochoff, who started back in eighth position on the grid, was in fourth after the opening lap, and then battled Isaiah Burleson for the final spot on the podium. Lochoff secured third place on lap eight and maintained the position to the finish line.

“Today’s race was pretty good,” Landers said. “I’m stoked for Dom (Doyle) to finally get back up there with me. Under the circumstances, I think it’s super awesome how fast he’s going right now. I was struggling with the edge grip and driving grip the whole race. So, I didn’t have the feel that I normally would. Yesterday, I felt a little bit better, could be the heat of the asphalt. But I’m happy with the win.”