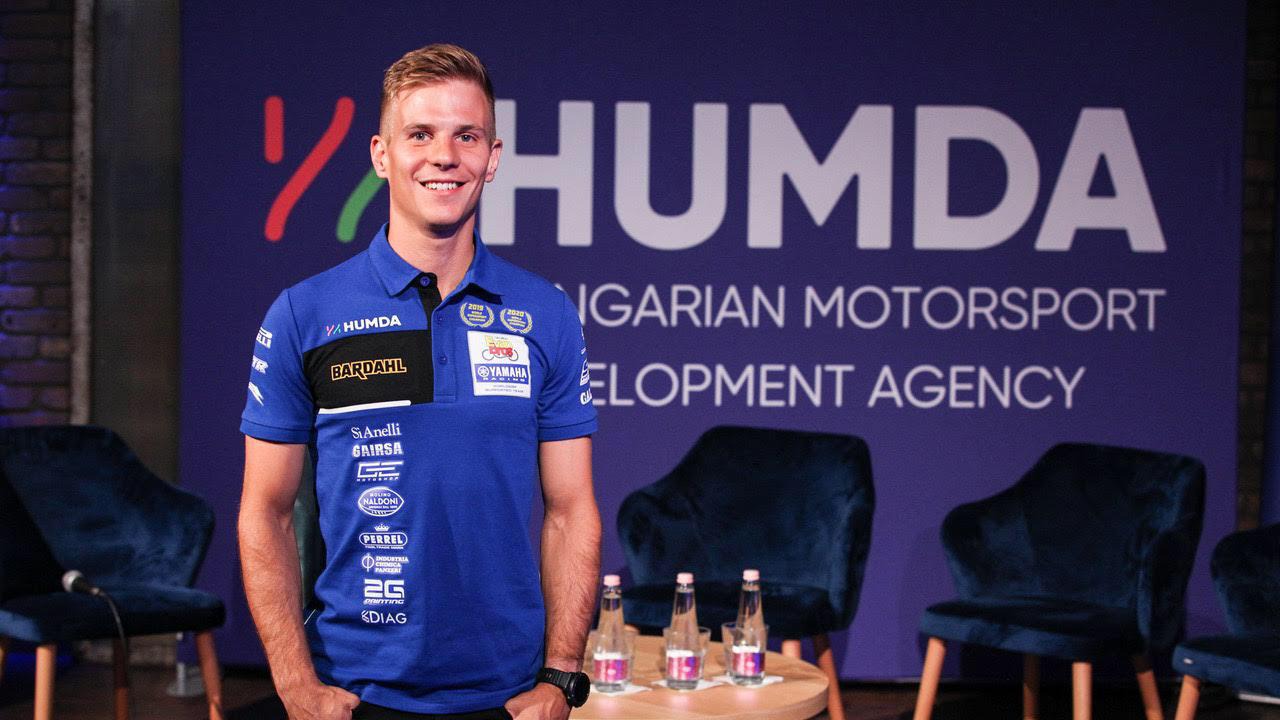 From the Assen FIM Supersport World Championship round, the Evan Bros Yamaha WorldSSP Supported Team has announced it will run a second Yamaha R6 bike for Péter Sebestyén for the remainder of the season.

The Hungarian will get his first opportunity to run with the Evan Bros Yamaha team in a test at Autodrom Most on 16 – 17 July, before making his return to the world championship paddock at Assen, The Netherlands, on 23 – 25 July, alongside full-season rider and championship contender Steven Odendaal.

Born in Budapest, Sebestyén contested the Red Bull Rookies Cup and CEV before making sporadic appearances in the MotoGP-supporting 125cc World Championship. He then switched over to the FIM Superbike World Championship paddock, competing in the 2013 European Junior Cup, where he scored a best finish of second at Magny-Cours.

His performances earned him a spot on the 2014 WorldSBK grid, before switching to the FIM Superstock 1000 Cup the following year. The 27-year-old returned to WorldSBK in 2016, riding a Yamaha R1 and scoring his first points finish at Jerez.

In 2017, Sebestyén took part in the European rounds of WorldSSP, where he remained for a second season, scoring his first top 10 result in Qatar after a mid-season team switch. In 2019, he was given his first full-season in the championship, taking points in 11 of the 12 rounds. Last year, he raced the Yamaha R6 for the first time and scored his best-ever finish of sixth at MotorLand Aragón.

Sebestyén will join the team which has taken the last two riders’ titles, with Evan Bros Yamaha teammate Odendaal locked in a title battle, having won the opening three races of 2021.

Péter Sebestyén
Evan Bros Yamaha WorldSSP Supported Team
“I still find it hard to believe that I will be racing with the best team in the category. I have been following the Evan Bros Yamaha WorldSSP Supported Team for the last few seasons and I have been impressed by their methods and mentality. I have always dreamed of being part of such a team, and now that dream has come true. My strengths are tenacity, modesty and passion, which I will use from the first day I can get on the bike and work with my team, while giving my best. Now I am 100 percent focused on training, because the WorldSSP championship requires a lot of effort, and I want to be in the best condition right away. I want to say a big thank you to the Hungarian Motorsport Development Agency for giving me this opportunity. It’s an honour to represent my country, and I’m happy that the efforts of these last few years have produced such a chance.”

Fabio Evangelista – Team Principal
Evan Bros Yamaha WorldSSP Supported Team
“I’m very pleased to welcome Péter Sebestyén to our team, to start this new adventure from the Assen round. He’s a rider I have followed for a few years now, with an untapped potential that I and the whole team will try with all our might to bring out. Péter will have the best possible package at his disposal, with a proven team and I’m convinced that, even though he hasn’t done the winter tests with us, after a short period of adaptation he will be ready to obtain excellent results. I would like to sincerely thank HUMDA for the great effort they have made in reaching this agreement. I am aware of how much the Hungarian motorcycling movement wants to expand in these years, and to be part of this project is a great honour. Finally, I’m convinced that with two riders our team can shine, as it has already amply demonstrated in 2019, so this new challenge gives us a big incentive for the future, which we will enjoy together with Yamaha and our sponsors.”