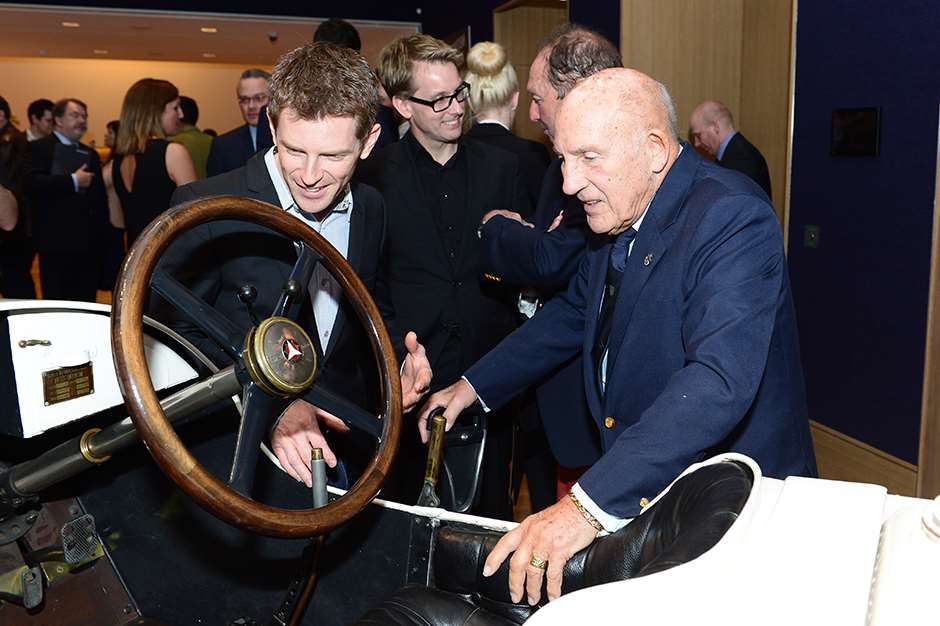 A cavalcade of superstars from motor sport’s past and present will wow a capacity crowd at the Goodwood Festival of Speed on June 26-29, which celebrates the theme: ‘Addicted to Winning’.

Formula 1 world champions Emerson Fittipaldi and John Surtees, and Sebastien Loeb – the Frenchman the most successful driver in the history of FIA World Championship motor sport – will head an all-star line-up at Goodwood.

The 50th anniversary of Surtees’ 1964 F1 crown, which made him the only man to win world titles on two wheels and four, will be celebrated with a display of 11 cars and three motorcycles raced from his unique career; among them his championship-winning Ferrari 158.

Fittipaldi’s 1974 F1 World Championship – his second, and the first of 20 for McLaren – is now 40 years old. This milestone will be marked by the Brazilian driving one of his race-winning M23s from that season.

Frenchman Loeb, who has won a record nine World Rally titles and 78 individual rally wins, will drive Peugeot’s monstrous 208 T16 Pikes Peak car up the iconic 1.16-mile hillclimb in pursuit of Nick Heidfeld’s 41.6-second record that has stood since 1999. He will also drive a Citroen, for whom he is competing in this year’s World Touring Car Championship.

Richard Petty and Al Unser will bring American showmanship to the event. Indy car legend Unser will drive the 1978 Penske Lola-Cosworth in which he took the third of his record-equalling four Indy 500 victories. Meanwhile, NASCAR’s ‘King’ Richard Petty, with an astonishing 200 race wins and seven championships to his name, will get back behind the wheel of his most winning car of all – the #43 Plymouth Belvedere in which he won astonishing 27 races during the 1967 season.

The Le Mans 24 Hours plays a strong part in proceedings with multiple winners of the event – including the most successful driver in the history of the race, Tom Kristensen – taking to the hill in a variety of machinery. Joining the nine-time winner will be fellow Audi legend Emanuele Pirro, Derek Bell, Henri Pescarolo and a host of others, including new Porsche sportscar recruit Mark Webber.

Goodwood owner Lord March said: “To have assembled such a staggering line-up of drivers, who completely typify what the 2014 Festival of Speed theme – ‘Addicted to Winning’ – is all about, is an indication of the enduring appeal and popularity of the event. I’m incredibly excited about seeing the world’s greatest drivers reunited with some truly iconic vehicles.”