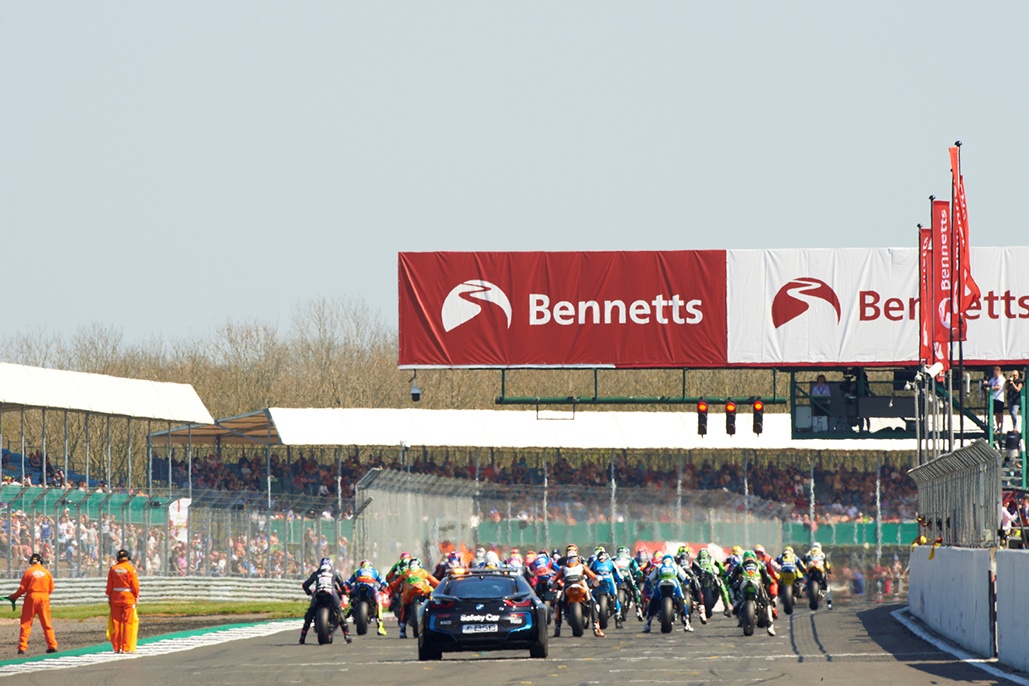 The 2020 Bennetts British Superbike Championship title fight is off to a thrilling start, with five different riders winning the opening six rounds ahead of this weekend’s Silverstone event.

The Northamptonshire venue’s National circuit produced the closest race finish last year and, with the end of this weekend marking the halfway point in the season, the 75 points up for grabs will undoubtedly prove crucial in the outcome of the title.

Glenn Irwin became the fifth different victor at Snetterton last time out, sharing the victories with VisionTrack Ducati’s Christian Iddon and Josh Brookes, and the Honda Racing rider holds the edge in the standings ahead of the next three rounds this weekend.

Irwin’s podium consistency on the new CBR1000RR-R Fireblade SP, finishing in the top three in all but one race so far, means he leads the standings by 23 points from Oxford Products Racing Ducati’s Tommy Bridewell.

Bridewell was a race winner at the opening event of the season at Donington Park, but a hat trick of podiums at Snetterton has put him within striking distance at the top of the standings, leading Ducati’s bid for championship glory ahead of this weekend.

The VisionTrack Ducati teammates are just four points apart heading into this weekend, with Iddon currently ahead of Brookes. The 2015 champion is on the charge though, closing down the points deficit following his incident with Andrew Irwin and non-score in Donington Park race three.

Jason O’Halloran leads the McAMS Yamaha fight in fifth place as the team returns to the circuit where it showed rapid pace last year, as the Australian bids to add his name to the winners’ list after claiming podiums at Donington Park.

Honda Racing’s Andrew Irwin will be pushing to add to his winning tally too. The double race winner at Donington Park will be determined to bounce back after a difficult weekend last time out at Snetterton.

Tarran Mackenzie meanwhile is just two points adrift of Irwin, and he heads into this weekend knowing it was a happy hunting ground last season and the scene of his debut race win in Bennetts BSB.

Lee Jackson will be targeting a podium finish this weekend after a pair of fourth place finishes last time out; the Rapid Fulfillment FS-3 Kawasaki rider heads off Kyle Ryde and Bradley Ray in the standings as the contenders get set for another triple-header race weekend.

Glenn Irwin
(Honda Racing)
Bennetts BSB Championship leader
“I am really looking forward to the next three rounds at Silverstone. I will have a very similar approach to Snetterton, other than I think we know more now of how competitive the Honda is across the board. I don’t think we have to guard against, will the bike be strong or not this weekend, but one thing we do need to guard against is we don’t know how strong our competitors are going to be.

“I am confident in the Honda and we are capable of performing well, but at the same time we have seen how well the Yamaha has performed there in the past and the Suzuki last year took a win with Josh Elliott, combined with how well Kyle Ryde is riding – there is another name to throw into the mix this weekend.

“The Ducatis are always there; my brother Andrew and Danny Buchan will be looking to bounce back from difficult weekends, so I am under no illusions of how difficult it is going to be. It is a similar approach in that we have to work hard throughout free practice to make sure we are in the fight, but going by the races at Snetterton, it isn’t a podium fight. The fight for the podium can have you in first or in ninth, so for the championship, we obviously want to be closer to first but that takes a lot of hard work!

“For sure the Honda will be strong this weekend and there is no question about that, but we know how strong this track has been for our rivals, and it is being aware of that.”