Many things have changed for women in the racing landscape over the past couple of decades. However, motorsports professionals are working together to make sure that the progress continues. Assisting that effort are Lyn St. James and Beth Paretta, who created Women in Motorsports North America (WIMNA) this past April. This non-profit supports women in motorsports through mentoring, education, and other channels.

The Automotive Hall of Fame hosted a symposium about women in motorsports this week. Proceeds from the event benefited WIMNA. This event was organized by Cindy Sisson of GSEvents and the Hall of Fame and took place before St. James is to be inducted into the Hall of Fame this July. Just like with certain score predictions, some things make sense.

WIMNA is the latest endeavor St. James has begun over the years in support of the female racing community. For example, in 1994, she established the Women in the Winner’s Circle Foundation to support the professional development of young female racers. Since the 1980s, she has been involved in the Women’s Sports Foundation.

St. James has many accomplishments on the track, as well. She has participated in 15 IndyCar races, including seven Indianapolis 500s. She was second among nine women to race in the event. In 1992, she was the first woman to win the Indianapolis 500 Rookie Of The Year.

Paretta was the first female director for a performance brand or motorsport for an automobile company. She has significant experience in both business operations and team management.

Paretta started her career in the automobile industry in dealerships. Later, she extended her range and worked as a manager for several vehicle manufacturers..

Three national championships were won by her teams. In 2015, Grace Autosport was established as a professional racing team for women. It also promotes science, technology, and engineering education for young women. She launched Paretta Autosport last year to promote diversity in professional racing.

Females Increase Motorsports Involvement
Paretta Autosport was the first team to field a majority-female team at the Indianapolis 500 last year. St. James was inspired by Paretta’s work and reached out to her to discuss possible collaboration.

They shared concerns about siloed efforts and decided to work together to achieve common goals. As a result, the pair eventually convened dozens of their colleagues to help them, and April WIMNA was born.

The organization’s initial focus is to be an informational resource, as well as to develop mentorship programs. Its leaders hope the website can become an online resource for visitors to learn about motorsports and the role women play in the industry. WIMNA plans to eventually offer scholarships.

St. James and Paretta were often the only women in the field doing the same things they did earlier in their careers. Although this has changed over the years, it is still a need to make motorsports more welcoming for women and other underrepresented groups.

Paretta points out that even though women have become more involved in motorsports, it took five decades for women to be allowed into paddocks of prominent races before she was able to field a majority-female racing team.

They are also focused on improving the motorsports industry and the overall automotive industry by increasing the talent pool. Paretta observed that automakers and suppliers were becoming more concerned about the lack of engineering talent.

In addition, she sees a chance to leverage racing’s popularity to attract the attention of children who might then be able to find career opportunities they didn’t know about. With the combined experience and knowledge of the two, they can certainly hit their target.

How to Get into Vehicle Mods as a Hobby: 3 Top Tips to Get Started 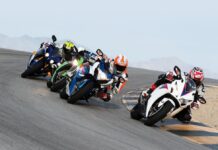 Advice on How to Bet on Motorcycle Races 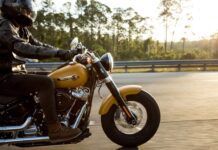 A Guide to Choosing and Installing Harley Davidson Handlebars and Controls