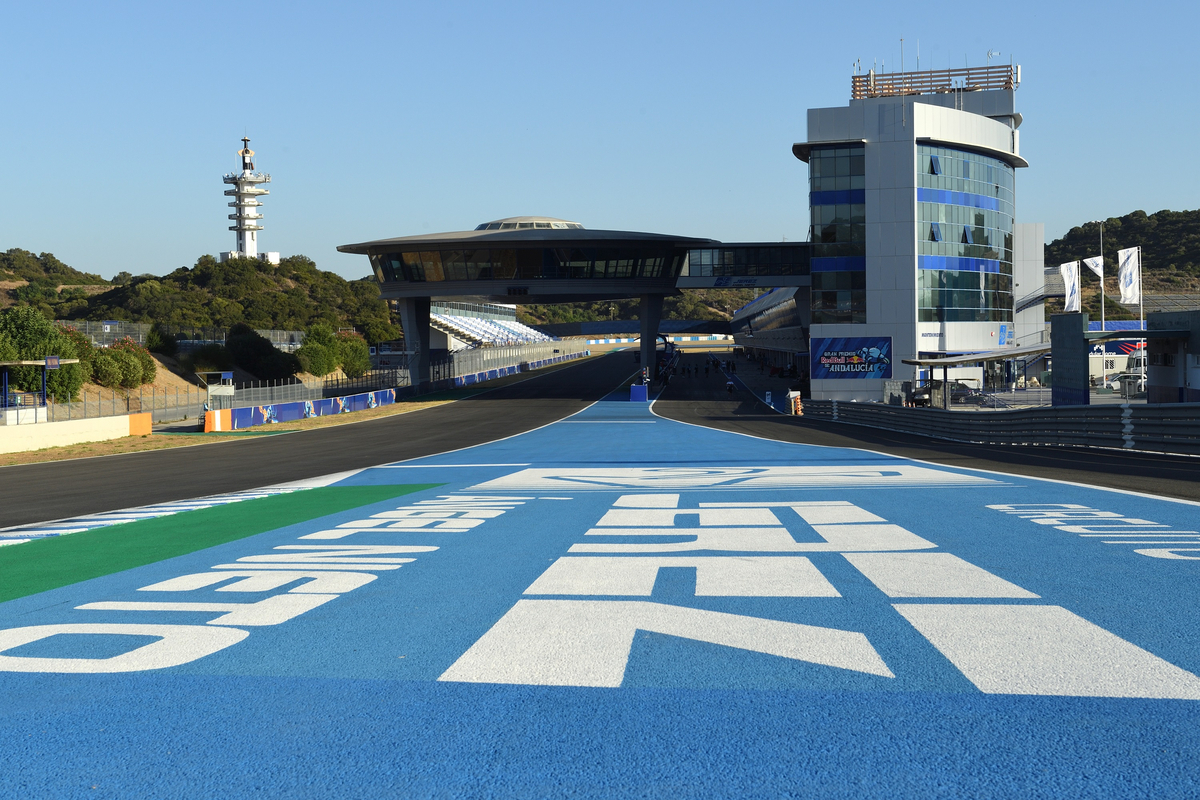 The summer heat remains high and the FIM CEV Repsol is back in action, this time heading for the iconic Circuito de Jerez-Angel Nieto. The venue will host six more races – two each for the FIM Moto3™ Junior World Championship, the Moto2™ European Championship and the Hawkers European Talent Cup.

In the FIM Moto3™ JWCh, Daniel Holgado (Aspar Junior Team) remains firmly in the driving seat and the Spaniard will lead the standings after the round regardless, with 60 points in hand. And what that means, with three races remaining after Jerez, is that he could also take the crown. If he’s more than 75 points clear after the flag in race two in Andalucia, there will be a new FIM Moto3™ Junior World Champion.

In the last couple of races, however, he’s not had it all his own way, taking a second and a third after a run of four wins in five races. Closest on the chase is David Muñoz (Avatel – Cardoso Racing), also the most recent winner, so he’s got some good momentum too. The likes of Ivan Ortola (Team MTA) and Jose Antonio Rueda (Estrella Galicia 0,0) are also consistent threats, and they’re looking for a first win to add to their podium hauls. The bad news for his rivals? Holgado already showed good form at Jerez last year.

Joel Kelso (AGR Team) and Syarifuddin Azman (SIC Racing) already have a win each in 2021 though, and they’ll be looking to fight it out at the front a little further forward again. The likes of David Alonso (Aspar Junior Team) and teammate Scott Ogden will want some of the podium action too, and there are plenty looking to get back some momentum: David Salvador (TM Factory Racing), Takuma Matsuyama (Asia Talent Team) and Mario Aji (Astra Honda Racing Team) are all looking to push back towards the podium fight. Jose Julian Garcia (SIC58 Squadra Corse) is also the only rider still in the field with a win last year in Jerez. There’s also the final corner, when plenty of races have been won and lost.

Meanwhile, Fermin Aldeguer (Boscoscuro Talent Team-Ciatti) continues to dominate the Moto2™ ECh. It’s now an incredible eight wins in a row for the Spaniard, with that tantalising clean sweep for the season becoming more and more possible. Can he keep it going? He’s 44 points clear going in, and there is only one race left after Jerez. So he could win it in the first race of the day if he gets 50 or more points clear of teammate Alonso Lopez… but even if not, the second race would have to really see an upset to stop Aldeguer taking the crown.

Lopez has been his consistent challenger though, second in every race bar one, and he knows Jerez. Can he make a final stand? Just behind the two Boscoscuros it remains tight in the table too, with Lukas Tulovic (Liqui Moly Intact SIC Racing Team) in third as it stands. The German will be looking to increase that advantage with the podium as a minimum target, and he also arrives on a roll from MotoE™…

For the STK600 runners, Alex Escrig (FAU55 TEY Racing) is already the king, like Aldeguer with a clean sweep so far. But with teammate Ondrej Vostatek a little less consistent, the crown is already decided. Vostatek will be hoping to pull clear of the likes of Kevin Orgis (Avintia Esponsorama Junior Team) on the chase though, with plenty still at stake in the fight for second.

The Hawkers European Talent Cup arrives with Xabi Zurutuza and Adrian Cruces in a 1-2 at the top for the Cuna de Campeones, and they’re also the two most recent winners. Zurutuza also, with only one race remaining after Jerez, will have a chance to win the Cup. 12 points clear as it stands, he’ll need more than 25 in hand after Race 2 to take the Cup before Valencia.

Maximo Martinez (Team Honda Laglisse) has also been a consistent presence, however, and he’ll remain on a mission for that first win of the season. Brian Uriarte (Team Estrella Galicia 0,0), Alvaro Carpe (MT-Foundation 77) and teammate Alberto Ferrandez are also on a run of consistent frontrunning and will be pushing to get back on the podium, and Ferrandez also has a rostrum finish at Jerez already from 2020. The final corner will likely be a key one for the HETC, with tactics deciding plenty on the final laps.