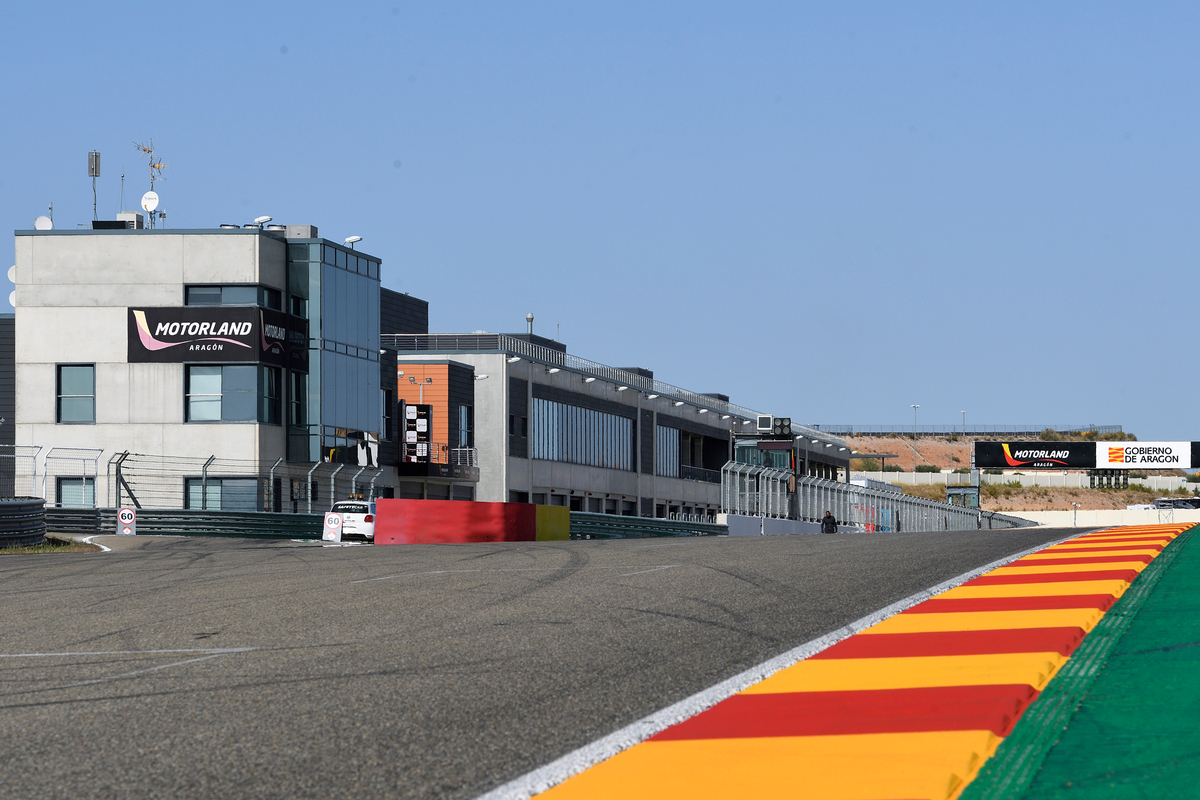 There’s no rest for the FIM CEV Repsol just yet in 2021, with Round 5 ready to roll for the FIM Moto3™ Junior World Championship, the Moto2™ European Championship and the Hawkers European Talent Cup. The emblematic MotorLand Aragon plays host, with riders ready to take on the technical layout, summer heat and, of course, each other.

In the FIM Moto3™ JWCh, Daniel Holgado (Aspar Junior Team) remains the man in the driving seat after Portimão, where he took another 20 points and played his cards well – if not to perfection – once again. He surely remains the rider in the crosshairs for most, although new winner Joel Kelso (AGR Team) will be pushing hard to ensure he remains a threat after his first impressive victory in the class. And the usual frontrunning suspects of Ivan Ortola (Team MTA), David Muñoz (Avatel – Cardoso Racing) and more will be looking to fight it out for glory.

Jose Antonio Rueda (Team Estrella Galicia 0,0) is on a roll recently too, so he’ll be looking to continue that form, and the likes of Aspar Junior Team’s David Alonso and SIC Racing’s Syarifuddin Azman have had some standout rides already this season, the latter as the first to defeat Holgado to a win. Astra Honda Racing Team’s Mario Aji and Asia Talent Team rider Takuma Matsuyama, on the other hand, will be looking to bounce back after a tough outing on the Algarve… with Aji still aiming for that first podium and Matsuyama gunning to go one better. Both share the target of better luck, as do a few in the field.

For the Moto2™ ECh, however, the song remains the same: it’s the ballad of Fermin Aldeguer (Boscoscuro Talent Team-Ciatti). An astonishing seven wins in a row is how the Spaniard arrives at Aragon, with two more victories up for grabs this weekend. Can he keep the roll going? Evidence so far says yes, but surely he can’t achieve a clean sweep forever. His teammate Alonso Lopez got closer than he had for a while to defeating Aldeguer on the Algarve too, going on the attack and then losing out on second as he ran off late on. That third place dints his perfect run of 20 points per race, but his performance showed he’s far from giving up on taking that top step: the risk was worth the potential reward.

Xavi Cardelus (Promoracing) was the rider who took over from Lopez in second as the Andorran got back on the podium, and he’ll take heart from that on the way in to MotorLand after a little less pace in places than expected earlier in the year. He is, however, third overall in the standings thanks to his consistency. Consistency or a lack thereof on two occasions is what’s sent Lukas Tulovic (Liqui Moly Intact SIC Racing Team) down to fourth overall despite his speed, meanwhile, and he’ll be looking to hit back and get another two podiums. But he’ll likely have to fight teammate Adam Norrodin for the honour too, with the Malaysian having made a good step forward in 2021 and now equal on points with Tulovic – as well as likewise having suffered two DNFs. So it’s a battle in the garage and against the rest.

For the STK600 runners, there’s a similar tale of domination of the top so far as Alex Escrig (Fau55 Tey Racing) just can’t stop impressing. He’s now 68 points clear of his closest rival and teammate Andrej Vostatek… can he keep that going in another home-turf double header at Aragon?

Consistency is also a buzzword in the HETC. The points leader is now Xabi Zurutuza (Cuna de Campeones) as the first time winner at Barcelona became a second time winner the very next race. So far Zurutuza’s season is a case study in gathering momentum and keeping consistency at the same time as banking those victories. Second overall, teammate Hugo Millan, as well as fellow Cuna de Campeones rider Adrian Cruces in third, have also been impressively metronomic near the front, but both are lacking wins and will be eager to change that, as will Team Honda Laglisse’s Maximo Martinez in fourth.

The rider in fifth overall, Brian Uriarte (Team Estrella Galicia 0,0), will almost be gunning for the opposite. Already a winner but with too many DNFs to compete on points at this stage in the season, he’ll want to turn his speed into more in the standings. That’s easier said than done, however, with a competitive field and every rider in the top ten already having stood on the rostrum this year… so how will the two long straights at MotorLand shake up the HETC? Tune in this weekend to find out!